Do we really want to become a dirty petropolis? 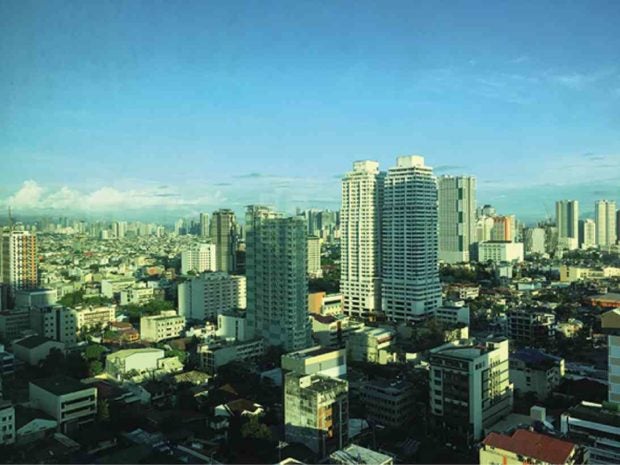 Cities are voracious resource consumers, and as cities grow, their consumption also follows suit, absorbing more resources and increasing the ecological footprint. Cities need an uninterrupted supply of energy to fuel their activities, and this is currently being met predominantly by fossil fuels. However, fossil fuels are finite; their availability is under question, with harmful effects on the environment.”

This was according to the UN Habitat’s Sustainable Urban Energy sourcebook for Asia, which was published in 2012. And, it is timely for the Philippines to be reminded of this.

Cities are known to be engines of economic growth, but they also require energy in an “all-pervasive” way.

In this fast-paced era, energy is required for production, consumption and transport. We need energy to power our homes, charge our devices, pump out water and keep the lights turned on.

We contribute to energy expenditure in our daily commute, if we take the public bus or train, and all the more, with our cars. Moving our food and most basic needs requires fuel for vehicles. The clothes we wear, the appliances we use, and even the houses, roads and infrastructure that we move around with, all have traces of fuel consumption from logistics to construction.

If all our daily functions are dependent on petroleum and fossil fuels and given the continued rapid urbanization, then we are becoming a petropolis (if we aren’t already one), which isn’t really a desirable or progressive for development. This threatens energy security, particularly for developing Asian cities.

In the Philippines, the Department of Energy (DOE) recently provided direction for oil companies to switch back to selling Euro-II fuels from Euro IV, making the money-for-air quality tradeoff.

This move, which has yet to get a nod from the Department of Environment and Natural Resources (DENR), was meant to help address the country’s rising inflation rate.

It can be recalled that in 2016, the DENR moved to reduce pollution and ensure better air quality by mandating a shift to Euro IV fuels, affecting oil companies and vehicle manufacturers. Euro IV was reportedly “10 times cleaner” than Euro II, because it has less toxic sulphur content, and it reduces free radicals in emissions.

Switching back to Euro II fuels can thus have repercussions for our cities.

With a metropolitan population of 13 to 15 million, car-centric developments and dependency, and given the ill-effects of rapid urbanization, this type of tradeoff can have enormous impacts, particularly on health, resources and ecological balance.

While the proposed switch to Euro II is presented to improve the Philippine economy for the meantime, it comes with graver costs to our cities.

The shift back to dirtier forms of energy can lead to more serious and long-term urban problems: increasing temperatures, which add to the urban heat islands; ecosystem damage; as well as food and water stress, among other problems. Climate change, on a larger scale, also affects islands and coastal areas, particularly in developing countries.

This makes the shift to dirtier energy, among other unsustainable solutions, the real and bigger problem at hand. This move may curb our costs now, but it will likely cost us even more in the future.

Jaime Lerner, former Mayor of Curitiba, said: “Every city can improve its quality of life in less than three years. No matter the scale of the city, no matter the financial conditions.”

And yes, this applies to Philippine cities, one step at a time. If cities are entities that require too much energy, then cities can also be key in moving towards sustainability. There are several aspects of how we can respond to this. 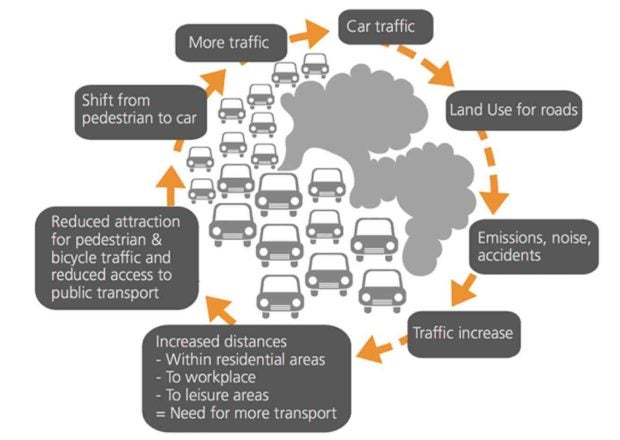 The shift back to dirtier forms of energy may lead to more serious and long-term urban problems in the cities, and can eventually cost us more

Let’s start with a daily peril: transport and traffic.

With millions of our citizens demanding for rides across Metro Manila everyday, unsustainable transport systems—private cars that hoard spaces and consume much fuel—contribute not only to pollution, but to congestion in our cities (we’ve termed it “carmaggedon,” haven’t we?), and so many traffic fatalities.

But cities can respond to this through the low-carbon mobility path. Non-motorized transport (NMT), which includes cycling and walking, can reduce the impact of dirty fuel on the environment. City governments, however, have to commit to better infrastructure for citizens to shift their orientation on mobility.

This is called “Prosumption,” and it helps communities and cities produce what they consume. This can be done across many sectors, and through many projects that our cities can redirect development funds to.

Examples of prosumption include rooftop and community gardens, which can promote urban agriculture, rainwater harvesting and wastewater treatment that help recycle water.

Simply said, if we require food, then we make an effort to produce it. If we require water, then we find ways to recycle and treat it. Think of a self-sustaining Metro Manila.

Our built-up environments also have a role to play in sustainability. Bioclimatic architecture, green and even living buildings have contributed to reducing carbon footprint and have likewise contributed to how our living spaces can “breathe” better.

Investing in renewable energy projects can be key to sustainability. However, there are steps that should be taken before making the shift, especially with Philippine cities, which face poverty and vulnerability.

Understanding local conditions, which include socio-economic capacities and the appropriate designs for many islands, should be first on the list. Understanding the efficiency of renewable systems is likewise key to ensure that cities are able to maximize the benefits.

There is a need for better, smarter, decisive urban planning, which can be effected in a variety of ways.

Cities can also push for more “self-contained” communities and patterns, to reduce trip distances and the impending urban sprawl, given the support from local policies and better capacities.

The author is an environmental planner, and an advocate for sustainable cities.