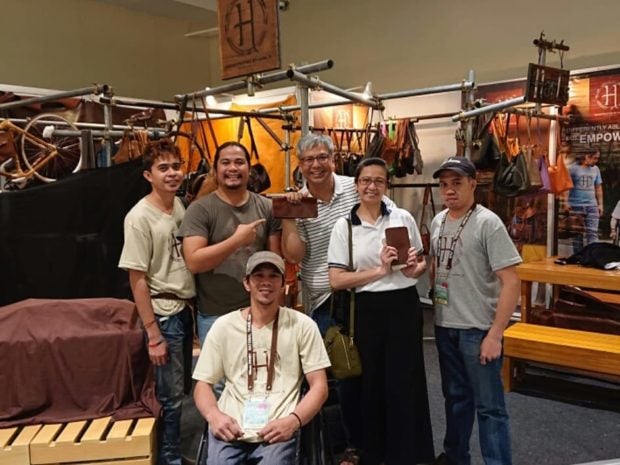 Harley Dave Beltran said he doesn’t like the term persons with disabilities (PWDs). For him, PWDs don’t deserve handouts, rather, they should be treated the same way able-bodied people are. At the same time, he admits that there are those who do wallow in their condition.

(Not all PWDs want to have jobs. Others are contented with begging.)

Luckily for Beltran, he was able to meet PWDs who like him believe that any challenge, be it poverty or disability, can be overcome with sheer determination, ambition and hard work.

During the 2018 Sikat Pinoy — National Trade Fair on Aug. 22 to 26 at the Megatrade Halls in SM Megamall, a group of curious event-goers were huddled in a corner where a single long table was located. A wheelchair-bound man alongside deaf and mute men were busy teaching those who were seated on the table how to make their own leather products. On the other table, a selection of leather goods and accessories is being sold: bags, bracelets, camera straps, I.D. holders, keychains, and even bicycle seats.

The deaf and mute employees as well as Ronald, the wheelchair-bound employee, make up the team of Beltran’s leather-crafting social enterprise called “Handcrafted by Harl’s,” a business venture with the goal of promoting fair employment opportunities for PWDs.

Recalling what his life had been, Beltran, 33, said his childhood can be summarized in one word: poor. Growing up, he said he was used to hearing his father saying either “walang (no) budget” or “walang (no) pera.” He said his playground was the nearby market in their town in Mindanao and that he learned how to bargain at around the age of ten.

Nonetheless, he was a firm believer of the adage, “Kapag may gusto may paraan (If you want something, there are many ways to get it).”

Because of this motto, he sold newspapers every weekend when he was in elementary for him to have pocket money for school. When he reached high school, his parents wanted him to study under a scholarship in a Catholic school near their house but he did not agree as he wanted to play football, which was then only offered at a high school three towns away.

Since his parents couldn’t afford his everyday jeepney fare going to the high school he wanted, he asked his mother to give him the freezer they had. Being a newspaper boy had its perk, he said. “Favorite akong bata sa palengke (I was the favorite kid in the market),” he quipped, saying he befriended a lot of restaurant owners from his former job. 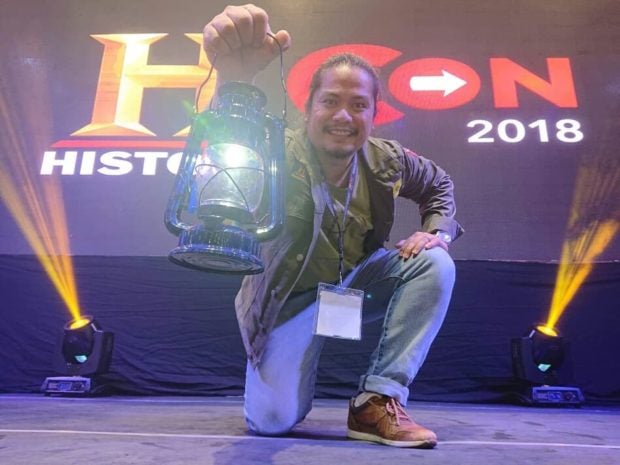 He asked one of his friends if he can deliver a pail of ice every day in exchange for cash. The restaurant owner agreed and Beltran from then on was seen carrying his school bag on one hand and a pail of ice on the other.

Being a former newspaper boy also allowed him to befriend jeepney dispatchers, who would allow him to ride the jeepney for free going to school. The kind dispatchers would also give him additional P5 pocket money.

When he reached college, he worked as a part-time janitor for an airline company. He also delivered pastries as a sideline job to an airport coffee shop whose owner he had befriended.

Beltran said that it was back in 2014 when he conceptualized his business venture. He was exposed to other artists, and when his working relationship with a leather crafter did not end well, he decided to start his own leather-crafting business.

At that time, his main goal echoes that of the usual thinking businessmen have — to gain profit.

Handcrafted by Harl’s was established on his house inside a subdivision in Laguna. He said he had a hard time finding workers because of this. All that changed, however, when he encountered Ronald, a PWD who roams the subdivision to ask for spare change and food.

When he was employed, Beltran used to give Ronald money when he can. On that fateful day that Ronald asked him for money, he told him he no longer has a job since he started his own business. He later asked Ronald to work for him, which the latter graciously accepted.

In 2016, he recalled that his neighbor noticed Ronald going to his house every day. Beltran explained that Ronald was his employee. The neighbor later asked him to teach deaf and mute adoptees of the nearby church how to sew leather.

Beltran agreed, saying he can only teach one deaf and mute but in exchange, the church should assign someone to teach him sign language. When the day came, however, he was surprised to find not one but four students to teach. He was shocked, to say the least, as the reason why he only said he could only teach one was because he didn’t have enough funds to pay the deaf and mute. 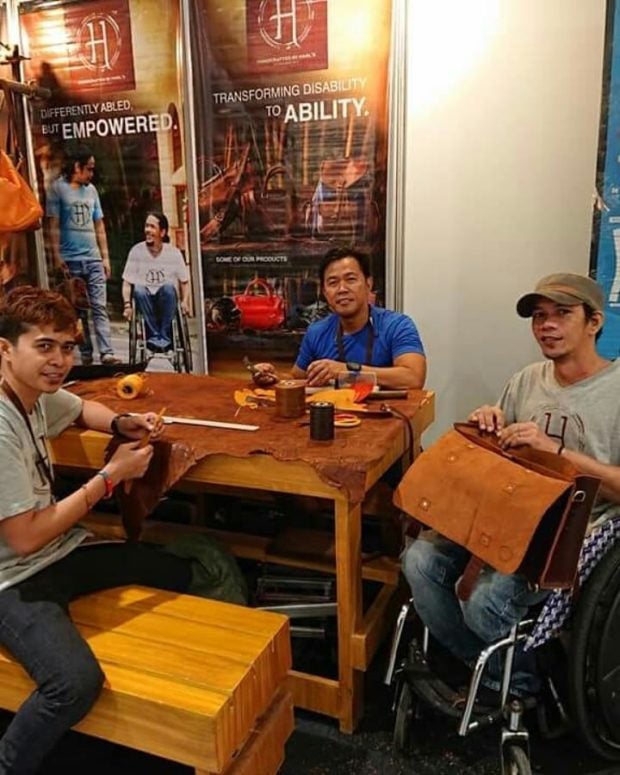 As if by divine intervention, he was allowed to rent a physical shop without the need for a downpayment. Since then, Beltran had been active in participating at bazaars and fairs, organized by the Department of Trade and Industry.

Beltran noted that his paradigm shift — from a profit-seeking businessman to a social entrepreneur — was brought about by Ronald. If he hadn’t talked to and employed Ronald on that fateful day, who knows if he would still be advocating for fair employment of PWDs today.

Giving up is not an option, dream the impossible

Beltran said there was a point when he wanted to give up. He got tired of people asking him, “Bakit ang mahal e gawang Pinoy lang naman ito?” (Why is it expensive when it was only made by Filipinos?)

But he did not let those comments get to him, and now, he proudly says that their endeavor has been nominated for the ASEAN Business Awards 2018, under the Sustainable Social Enterprise category.

He is also gearing up to make a “super high-end level leather bag” which will rival the bags made by the only competitors he considers: Hermès and Louis Vuitton.

Beltran is not naive to the fact that he will never be at par with the fashion luxury goods manufacturers. But he is still pushing through with his plan because he believes in not having any regrets in the end.

Earning from one’s own work

For Ronald, who was busy entertaining prospective buyers during the interview, being employed by Beltran gave him the chance to help his family.

Ronald observes that many PWDs lose hope because they are finding it hard to get jobs because of their conditions. However, he pointed out that Beltran is changing the game for PWDs like him. Beltran is inspiring other entrepreneurs to hire PWDs, Ronald said.

Helping other women is the icing on her cake