The spark that’ll change the world 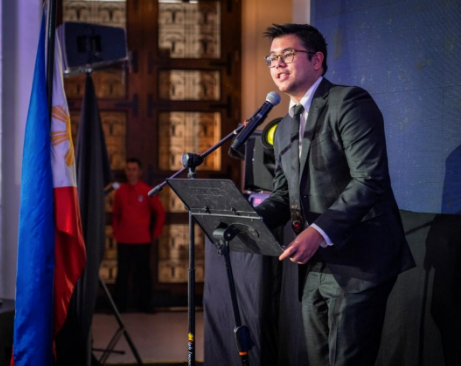 The world is now run by the young. We live in a generation of CEOs and entrepreneurs in their 20s and 30s. We hear about younger and younger leaders committed to social change. We have an information generation who are woke about social issues and desire to make a difference.

This is why the Philippine Investment Management Consultants Inc. or PHINMA decided to create an award that recognizes exceptional youth. They lead in big and small ways. They’re leaders within their own company, their own community or even contribute to the country.

This new award-giving body is called SIKLAB. The Ramon V. Del Rosario Siklab Awards is about the spark that is the youth of today. It’s about the leadership they exhibit in their own field and the impact they create in society. They are trailblazers despite their young age. They light the path for other young leaders to follow suit.

The Ramon V. Del Rosario SIKLAB Awards are looking for the following: 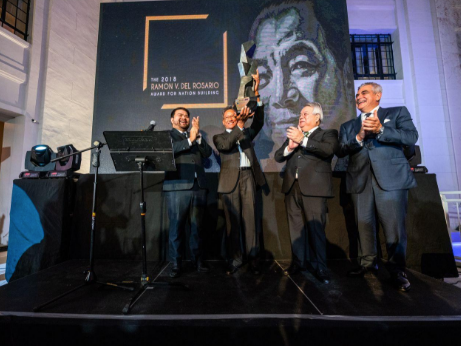 These are youth leaders with a strong ethical standard. They possess the ability to transform people around them in order to achieve their goals.

They must also exhibit an entrepreneurial spiritide. These are young leaders who can clearly identify problems and innovatively address what is needed. They can establish processes so that their enterprise remains sustainable and profitable not just to the business but to society.

This is about the impact they create. These are leaders who provide their fellow Filipinos with the tools and opportunities to be globally competitive.

Ultimately, these leaders also contribute to the country. Their business or social enterprise should help establish a strong national identity with shared societal values. 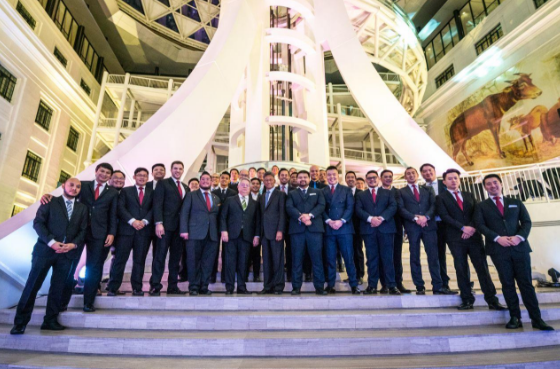 The Phinma and Junior Chamber International Board of Directors, along with the previous awardees of the RVR Award for Nation Building posing under the spectacular Tree of Life at the 11th Annual RVR Awards for Nation Building held last July 25, 2018, at the National Museum of Natural History.

This new award also takes its inspiration from the leaders of the past, specifically PHINMA founder – Ramon V. del Rosario. RVR is one of the Philippine’s most iconic entrepreneurial forces. He was the First Filipino General Manager of IBM Philippines, the first Filipino Executive Vice President of Philam Life, the first president of the Manila Junior Chamber of Commerce and the first Junior Chamber International World President from Asia.

He also contributed to education, the government and to philanthropic endeavors. He persuaded Harvard Business School to bring their Advanced Management Program here. He was an ambassador to Canada, Germany and Japan. He established the Smokey Mountain Foundation and its Restorative Prison Justice System. He also sent underprivileged kids to school through the PHINMA Foundation. 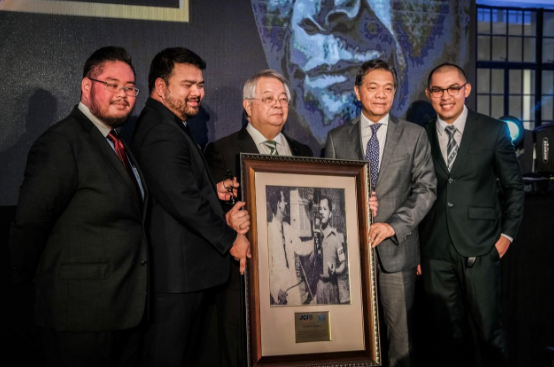 RVR ushered in top-notch businesses recognized the world over and helped change the nation for the better. That’s why he serves as a great role model for the youth of today. Do you know anyone like Ramon V. del Rosario? Who should win the first ever SIKLAB Award?

The awards inspired by leaders of the past and the future leaders of tomorrow. Introducing the Ramon V. del Rosario – SIKLAB AWARDS. Click here to learn more: https://tinyurl.com/SiklabAwardsNomination

Deadline for nominations will be on October 31, 2018.
Visit www.facebook.com/SiklabAwards for more information.