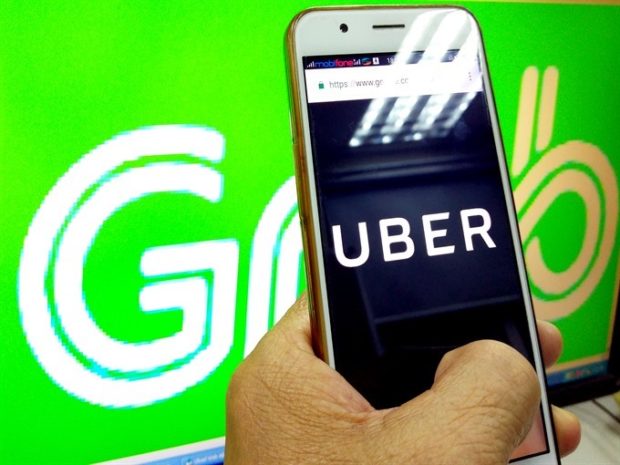 The Uber office in Việt Nam closed after Grab acquired the former’s operations in Southeast Asia. The deal allowed Uber to retain 27.5 per cent of Grab’s shares. — Viet Nam News

HANOI — Vietnamese ride-hailing businesses are still struggling to grab market share even after the departure of Uber from Southeast Asia and complaints about the top ride-hailing app Grab.

After Uber’s exit, Vietnamese apps TaxiGo, Vivu, T.net, Xelo and Vato were set up to compete with Grab. But they have failed to attract as many passengers, mostly due to lack of advertising and promotions.

After Uber left, Grab’s rates increased, especially during peak hours, holidays or during bad weather, according to many passengers in HCM City.

Tran Thi Kim Hong, 50, of HCM City’s District 4, who uses Grab to go to work every day, said: “They no longer offer discounts as much as before, with prices rising 10-20 per cent, and even 50-80 per cent during peak hours.”

The peak period now is one hour longer compared to the past period. “The rates also went up during non-peak hours, especially in areas where there are fewer cars,” she said.

Grab drivers have complained about high commission rates, nearly 20 per cent for veteran drivers, and more than 28 per cent for new drivers.

Some drivers said they were working more hours but earning less money, while others who took out loans to buy a car said they were driving 10-12 hours a day so they could pay back their loans.

Despite complaints from drivers and some passengers about Grab, the company still retains the most market share.

Vietnamese companies have invested less in advertising and have had fewer promotions. In addition, since many of them do not have enough cars and drivers, passengers often have to wait for a long time.

In some areas, for example, passengers have complained that it was difficult to get in touch with Vato, which received a US$100 million investment from Phuong Trang Tourism Service and Transport JSC in a bid to compete with Grab.

Although the prices for T.net and Xelo are reasonable, passengers have also complained that it was difficult to reach them by phone.

To attract drivers, many Vietnamese businesses have exempted the commission rate for drivers during the initial period, and then later take a low commission rate of no more than 15 per cent.

However, due to a limited number of passengers, the local businesses cannot find enough drivers.

Drivers for the Vietnamese businesses have also complained about changing policies. As soon as revenue increases, the company’s commission rate usually goes up as well, they say.

As of the end of 2017, Grab had attracted US$2 billion worth of investment from partners to serve the Southeast Asian market. In May, Toyota raised $1 billion for Grab.

Meanwhile, most Vietnamese ride-hailing app businesses must rely on their own resources, and have not called for investors.

Nguyen Xuan Thuy, of the Division of Transport under the Ministry of Transport, said: “What they (Vietnamese passengers) need is good service at a reasonable price.”

“The more competitive the market is, the more customers will benefit. It’s important that Vietnamese businesses recognize their shortcomings to improve their services,” he said.

“Those who provide the best service will be the winners,” he said.

As of April 8, all Uber rides had shifted to the Grab app, which meant that former Uber drivers had to either join Grab or stop working.

In the deal when Grab took over Uber operations in Southeast Asia, Uber was allowed to retain 27.5 per cent of Grab’s shares.