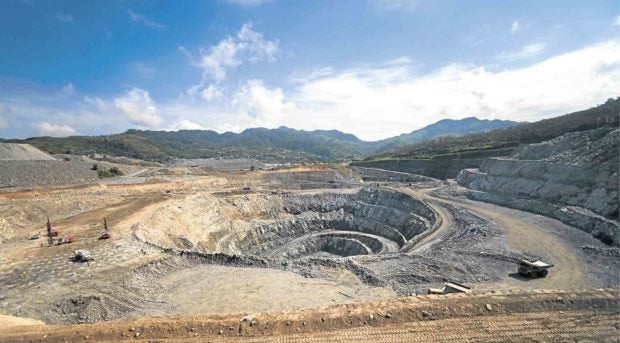 In his last State of the Nation Address (Sona), President Duterte said he wanted to stop exporting mineral resources and close the mining sector for good unless firms rehabilitate areas where they operate.

A year after, the administration has yet to come up with policies that would encourage the shift to processing ore. The review on mines suspended and closed by the Department of Environment and Natural Resources (DENR) also remained in limbo.

Inquirer talked to some of the sector’s stakeholders to ask about their expectations as the President is set to deliver his third address.

He said he was blaming this on an executive fiat issued by the previous administration that remained in effect until now. Executive Order 79, issued by former President Benigno Aquino III, banned the issuance of new mining permits while identifying specific zones where mines can’t operate.

But Ronnie Recidoro, executive director of the Chamber of Mines of the Philippines (COMP), pointed out that the executive order also provided that new mineral agreements could be entered into by the government once a “legislation rationalizing existing revenue sharing schemes and mechanisms shall have taken effect.”

This came in the form of the Tax Reform for Acceleration and Inclusion (TRAIN) law, which Bravo said doubled the excise tax of metallic and non-metallic mineral mining to 4 percent from 2 percent, and of indigenous petroleum mining to 6 percent from 3 percent.

“Since our excise taxes have been doubled, we presume that this is already a revenue sharing scheme sufficient to lift the moratorium on new mining permits… and therefore there’s no reason to continue with the moratorium,” Recidoro said.

He added the administration should not expect mining companies to go into processing if they would not be granted new mining permits that would allow them to explore other areas.

“The only way for mining to contribute significantly on a national scale is to have big-ticket projects,” he said.

Besides the long-debated executive order, uncertainty also hangs over 27 mining companies suspended under former Environment Secretary Regina Lopez’s short tenure. Lopez, talked about for her unflagging stance against mining firms, was eventually kicked out by the Commission on Appointments.

The operations of these companies are now being reviewed by the DENR, the Office of the President (OP) and the Mineral Industry Coordinating Council (MICC). The fate of these mines is already in the hands of Lopez’s predecessor, Environment Secretary Roy Cimatu.

The new environment chief has yet to release the full result of the agency’s review, citing the numerous versions they ended up with after Lopez left. Still, Cimatu said “the recommendation of the MICC will be a big factor in my decision.”

Industry group Alyansa Tigil Mina (ATM) has expressed its opposition towards the initial results of MICC’s review, which cleared 23 of the 27 mines. The group said “there is enough sound basis from the DENR Mining Audit in 2016 that led to the closure and suspension orders of these mining projects” in February last year.

The group is urging Mr. Duterte “to give clear instructions to the MICC about the operations of these open-pit mining projects, and for him to remind the MICC that open-pit mining has destroyed forests and watersheds.”

According to Environment Undersecretary Jonas Leones, four companies have failed the preliminary review and may be ordered to close shop given the weight of their violations. Leones did not name the companies, but said these are engaged in nickel and chromite.

“Many of us are compliant and we continue to be,” insisted Isidro Alcantara, president of Marcventures Holdings Inc. and the current chairman of the Philippine Nickel Industry Association (PNIA). “The President just wants to enforce the law strictly including rehabilitation and protection of the environment. He just wants the laws enforced.”

“It’s not like the entire industry has not complied or are not compliant. That is not the issue. As you can see, we have the MICC to validate compliance. The mining industry is not something that has to be disciplined so much,” Ferronickel Holdings Inc. president Dante Bravo said.

Ever since Mr. Duterte gave an ultimatum and told mining firms to clean up or be “taxed to death,” the industry has already adopted international standards, signed a document with the DENR that detailed the industry’s compliance, and even subjected to a higher excise tax.

The industry is now waiting for the administration to ease regulations on the sector, especially with the President’s intent to boost domestic processing of ore.

While there are companies that are exploring the possibility of putting up processing plants in the country, executives said the government must address the constraints in the industry first. These include high power costs and protectionist laws.

“Many of us are quietly trying to find out what new technology or configuration of resources we can have to process ore, but in addition, what’s needed here is a roadmap to be given by the government that will address our main concerns,” Alcantara said. “We need low power costs, incentives and fiscal assistance.”

For the chamber, the government should not compel companies to go into domestic processing by banning the export of ore, adding that a mix of incentives must be given to make processing competitive in the country.

There are at present only two nickel processing plants in the country owned by Nickel Asia Corp. and foreign partner Sumimoto Metal Mining Co. Ltd.

The industry remains cautious, yet optimistic that President Duterte’s third year in power may bring changes that would create a better business environment.

“The industry was able to meet him halfway. We tried to respond to his message. We wish the President would have a better appreciation of the mining industry and not think that all mines are evil. We really want to contribute to national development,” Recidoro said.