American Airlines to stop use of plastic straws, drink stirs 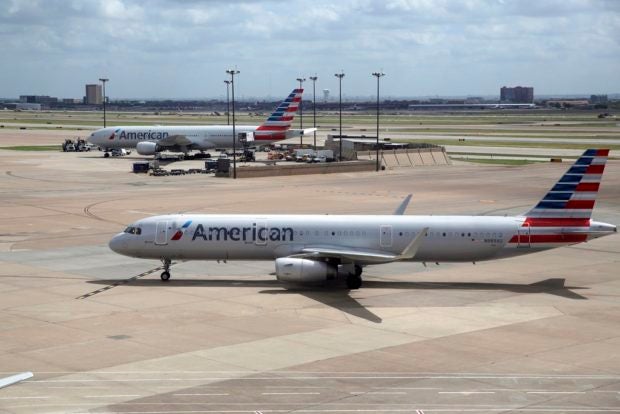 In this June 16, 2018 file photo, American Airlines aircrafts are seen at Dallas-Fort Worth International Airport in Grapevine, Texas. American Airlines says it will stop using plastic straws and drink stirs and replace them with biodegradable alternatives. American said Tuesday, July 10, 2018, that starting this month in its airport lounges it will serve drinks with straw and wood stir sticks and begin moving to what it called eco-friendly flatware. (AP Photo/Kiichiro Sato, File)

American Airlines said it will stop using plastic straws and drink stirs and replace them with biodegradable alternatives.

On Tuesday, American said its airport lounges will serve drinks with wood stir sticks starting this month as it begins to move towards using what it called eco-friendly flatware.

American, the world’s biggest airline, said in November it will replace plastic stir sticks with ones made from bamboo. The airline said the move will eliminate more than 71,000 pounds of plastic a year.

Alaska Airlines, the fifth-largest US carrier, said in May that it would phase out plastic straws and citrus picks starting this summer and replace them with “sustainable, marine-friendly alternatives.” Larger US airlines — Delta, United and Southwest — still use plastic straws, according to representatives of those carriers.

Some cities have banned plastic straws because they are often not recycled and wind up as trash in landfills and oceans.

Starbucks and other food companies have recently announced they will phase out plastic straws and polystyrene foam cups from its stores by 2020.    /kga