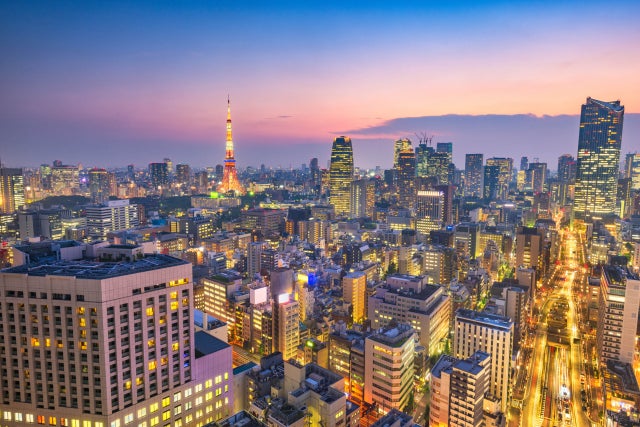 Japan may be the world’s third-largest economy and a high-tech hub but it has been surprisingly slow to warm to the sharing economy that has disrupted markets across the globe. Image: Sean Pavone / IStock.com

Thousands of Airbnb reservations scrapped, Uber reduced to delivering food: life is hard in Japan for giants of the sharing economy, stuck between tough regulation and popular suspicion.

Japan may be the world’s third-largest economy and a high-tech hub but it has been surprisingly slow to warm to the sharing economy that has disrupted markets across the globe.

According to 2016 figures compiled by research institute Yano the sharing economy accounted for 50 billion yen ($455 million) in Japan.

While that’s a 26 percent year-on-year rise, it is a drop in the ocean compared with markets in Europe, the US or China, which are worth tens or hundreds of billions of dollars.

This is partly due to confusion among the public about what the sharing economy is: only 2.7 percent of the population is familiar with the concept, according to a 2017 survey by PwC professional services firm.

Strict local regulations have also held back the sector — as flat-sharing firm Airbnb found out to its cost recently.

On June 15, a new law came into effect that sought to regulate the short-term rental sector.

Although welcomed by Airbnb as a way to clear up the legal grey zone in which it was operating, the new law has become a double-edged sword, with thousands of owners forced to remove property after failing to comply with it.

“This stinks — and that’s an understatement,” fumed Airbnb as it announced it was canceling thousands of reservations with owners who had failed to obtain a registration number by June 15.

In addition, the law prevents owners from renting out properties for more than 180 nights per year and local authorities can impose further restrictions.

In the tourist magnet of Kyoto for example, rentals in residential areas are only allowed between mid-January and mid-March, the tourism low season.

Such restrictions are in effect choking the sector, says Hiroyuki Kishi, a former official at the economy ministry and now professor at Tokyo’s Keio University.

“Vested interests are so strong in Japan,” he told AFP, regretting that such measures are coming into force “only two years before the Olympic Games” when Japan hopes to welcome 40 million tourists.

For Airbnb, the laws seek to protect the hotel industry and ryokans — traditional Japanese inns — whereas the taxi lobby has made it difficult for ride-sharing app Uber to set up shop in Japan.

“To promote the sharing economy, we have to loosen regulations” to allow new players to enter the market, said Kishi.

He believes that despite the “Abenomics” reform efforts of Prime Minister Shinzo Abe, the government has “no intention” of opening up the sector “for fear of a backlash in sectors which have enjoyed a monopoly until now”.

Sharing economy firms have faced pushback elsewhere too, with Uber being accused of skirting regulations and making long-standing jobs obsolete, and Airbnb criticised for pushing up prices and transforming residential areas in many popular tourist destinations.

Takashi Sabetto, from an association that aims to promote the sharing economy, said in Japan “public opinion is very much against services like Airbnb and Uber”.

“We have tried to change this mentality but it is very difficult. It takes time,” added Sabetto.

One reason is that “Japanese are very protective of their privacy.”

The culture of sharing is not ingrained in society and — in the case of Airbnb — they do not like the noise and security risk caused by a procession of tourists in their backyard, he said.

In addition, unlike in many developed economies, the quality of service provision is very high in Japan. Hailing a taxi in a major city rarely takes more than a few seconds, lowering demand for Uber-type services.

Despite this bleak picture, there are some successes, notes Sabetto, with younger generations showing “a greater interest” in the sharing economy.

Car- and bike-sharing schemes are taking off and meal delivery service UberEATS has been a hit in Tokyo since arriving in 2016.

But local start-ups struggle to get financing, Sabetto said, in a country that tends to pride “monozukuri” — or craftsmanship — above innovation.

Some firms are moving away from the cities into the countryside, where a steady trend of depopulation has made sharing economy services more attractive.

Uber last month said it would launch a pilot programme this summer to hook up tourists and residents with available drivers in the western Awaji island.

But Sabetto said a change in culture was needed for the sharing economy to really take root.

“I would like foreigners that are aware of the sharing economy to make their voice heard more to change the situation,” he said. NVG

Amsterdam to curb Airbnb rentals to 30 days a year