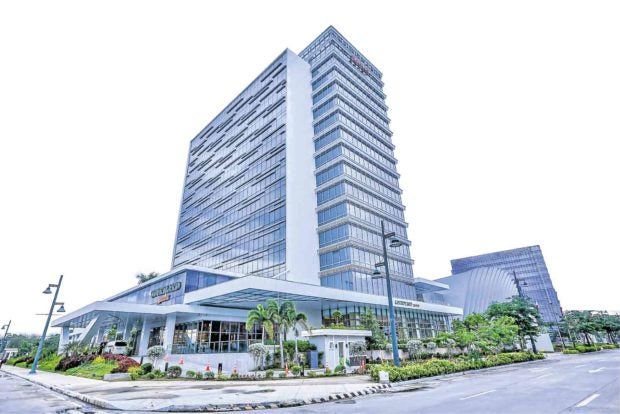 Global hospitality brand Marriott International seems to be taking the lead across all fronts.

Apart from providing the market with some of its leading, globally renowned hotel brands, Marriott also recently appointed two Filipino women to top posts, thus giving it the distinction of being the first and only international branded hotels in the Philippines with local women as general managers.

Anna Vergara is set to lead the much-awaited Sheraton Manila, a 350-room hotel that is part of the dynamic mixed-use development that is Resorts World Manila, and which is expected to open this October. Cleofe Albiso meanwhile took the lead in the first Courtyard by Marriott brand in the country, located in Mandurriao Iloilo City. Courtyard Iloilo is a 326-room hotel that opened in May.

And this comes as no surprise as Marriott International has a long-standing history of valuing diversity and inclusion in its organization.

As the first hospitality company making these key values central to its growth as a business, the Women Leadership Development Initiative, first introduced in 1999, has paved the way to encourage more women to assume leadership roles within the company and achieve their career aspirations.

And the same is happening for Marriott in the Philippines.

The appointment of Vergara and Albiso as general managers of Sheraton Manila and Courtyard by Marriott Iloilo respectively further “represents the company’s culture of inclusion, focusing on providing a world of opportunity to grow and develop for everyone.”

Vergara joined Marriott International more than 24 years ago, working her way up the ranks to become Manila Marriott Hotel’s resident manager in 2009, before taking on the position of general manager for the soon to open Sheraton.

“When I started working in the hospitality industry, I never dreamt of becoming a GM. I started by just working with the aim to be the best that I can be in everything I do. I take my new role as a product of sheer hard work and determination,” Vergara was quoted as saying.

“I wanted to grow in my career, but from my experience, the top role in the hotels was traditionally held by foreigners who are male,” she shared.

“I am lucky to be with a company that wants to strengthen that culture and values our contributions. Being a GM of the biggest hotel company in the world, and introducing a new brand in the Philippines, makes me proud and gives you a sense of what this company is all about,” she explained.

Albiso similarly did not pin the general manager title as her career goal when she moved to the hospitality industry.

But Albiso gives credit to Marriott International for the programs it has put in place to develop women leaders like her, further encouraging them to take on broader responsibilities within the company.

As general manager for Courtyard, Albiso is happy with her larger role, with the belief that she’ll be able to touch more lives.

“We were able to hire around 140 locals for pre-opening positions at the Iloilo property, and it is a great privilege and honor to be able to touch lives and create a culture of excellence that we embody at our workplace,” she explained.

Marriott International currently has set an expansion plan in the Philippines that will see the construction of new hotels in Boracay, Cebu, Clark, Iloilo and Manila, which will increase its inventory by 2,668 rooms.