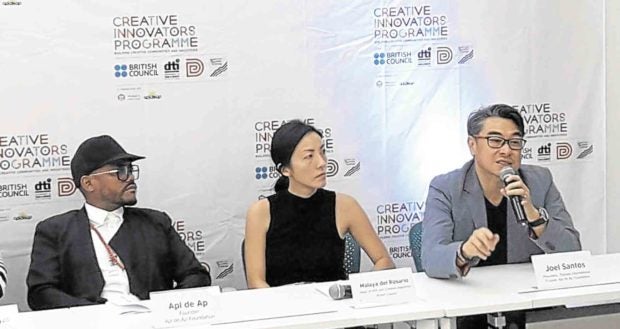 Allan Pineda, more popularly known as Apl.de.ap of the multiple Grammy-award winning pop group Black Eyed Peas, remembers how it was growing up as a farmboy in a remote barangay of Angeles City, Pampanga.

As a child, he helped his grandfather grow and sell crops, look after carabao and pump water from an underground well.

His bandmates never believed it when he spoke about his humble beginnings.

That was until they got to see his hometown with their own eyes some years ago.

The son of a Pampangueña and an African-American serviceman, Apl was clinically blind. But he was able to go to the United States to correct his ailment with the help of the Pearl S. Buck Foundation.

His sponsor, Joe Ben Hudgens, eventually adopted him and he moved to Los Angeles at the age of 14.

There he met his best friend Will.I.Am with whom he formed Black Eyed Peas.

It took the band six years to get signed by a major label and 10 years in total to be an international sensation after releasing songs like “Where Is the Love?” and “I’ve Got a Feeling.”

Apl and Will both have a soft spot for inserting socially relevant themes into their music.

And it’s because of the goodwill earned from their international hits that Apl found some leeway to likewise inject Filipino culture into their music with “Bebot” (local slang for young girl).

Apart from creating great music, Apl is also an altruistic person who wants to contribute whatever he can to the Philippines—whether it’s promoting tourism hotspots, raising funds for children, building classrooms and training new talent. Through his Apl.de.ap Foundation, he helps the Filipino youth gain knowledge and skills to improve their lives.

Apl has now thrown his weight into an advocacy to help catalyze the country’s promising—and still undervalued—creative industry.

In partnership with the British Council, Thames International Business School and the Department of Trade and Industry, the Creative Innovators Programme was launched.

The idea is to groom the creative industry—which is estimated to contribute around $12.5 billion to the Philippine economy annually and employ around six million Filipinos—into a more significant contributor and develop the country into a creative process outsourcing (CPO) hub as more jobs disappear into the Fourth Industrial Revolution, wherein disruptive technologies and trends such as the Internet of Things (IoT), robotics, virtual reality (VR) and artificial intelligence (AI) change the way people live and how businesses operate.

To support the Creative Innovators Programme, Thames and the Apl.de.ap Foundation are giving 20 scholarships for college students and 20 professional diplomas to working professionals each year for the next five years.

“I’m an advocate because I am a direct product and a beneficiary of this creative industry,” Apl said in a recent interview with the Inquirer.

“I was one of the lucky ones who was given an opportunity to be sponsored and go to the US. I met amazing people like Will.I.Am and we started Black Eyed Peas together. And along the journey, I met amazing people—entrepreneurs, creative [people]. What I’ve come to learn is I met a lot of Filipinos (in the creative industry)—from music director in Netflix, the content maker for Netflix, the Filipino group in Google—but it’s all American companies. As Filipinos, we are not able to maximize and benefit from it,” he said.

As Filipinos are naturally creative and innovative, the creative industry is seen as one sector that will not disappear once the age of robots fully kicks in.

Creativity is also something that can not be plagiarized.

“It only makes sense that we embrace the creative industries. These raw potentials can be maximized by training and education supported by creative hubs and investments. Through the Thames Scholarships, we hope to transform our artists into creative entrepreneurs. Together with the British Council, DTI, Design Center and PTTC (Philippine Trade Training Center), we aim to be the catalyst to the creative industry in the Philippines,” Apl said.

Instead of having to go outside the country to monetize their creativity, if artists, content creators and other creative folks could learn how to make a business out of their skills and talents, this industry is seen to have the potential to become a lot bigger.

Apl said it was a pity that at present, to be acknowledged as “quality-made,” validation always has to come from outside the Philippines.

With the onset of the so-called Fourth Industrial Revolution, with artificial intelligence taking over, the need to promote creativity becomes even more pressing.

“A computer can’t create a painting or produce music or write a poem and it’s a $2.2-trillion (global) industry,” he said. 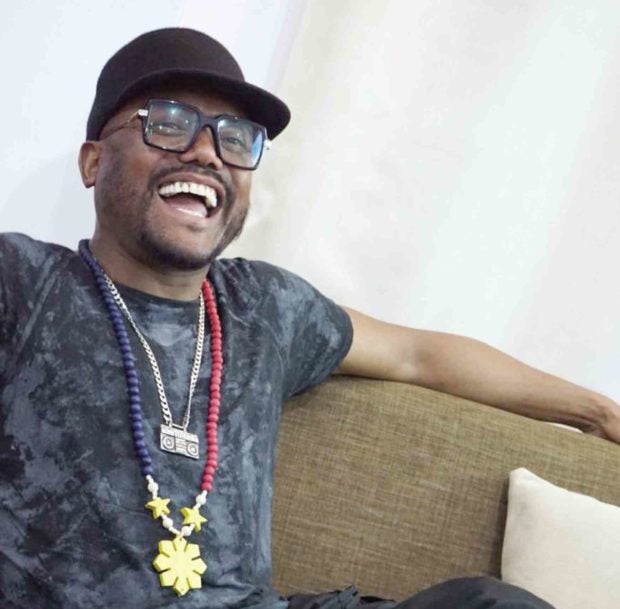 Apl.de.ap harnesses his power as an artist to push advocacies.

For his part, Thames International president Joel Santos said: “Pioneering innovative programs is what Thames International Business School is all about. The institution was the first international college in the country 19 years ago. It also pioneered entrepreneurship through its Entrepreneurs School of Asia. Now Thames wants to help [and] be a catalyst in the creative industries with its new programs that combine Art+Technology+Business or Innovation & Creative Enterprise Programs.”

As part of the program, the British Council will offer support grants to creative hub managers.

Fifteen creative hub managers will be selected to be part of the fellowship.

“Between me and Apl, we were saying we have to hire all these cameramen, all these technicians, we have to make a school for all these technical jobs. It’s so much in demand in the US. But [locally] there’s no industry to hire them. It’s not big enough. You can’t send everybody all abroad because we don’t want more OFWs (overseas Filipino workers). He wants the jobs here,” Santos said.

Amid efforts to jump-start the industry, Santos said British Council would share knowledge from the United Kingdom, how they built their own creative industry.

The UK model is seen as something that could work in the Philippines.

“In the US, it (creative industry is dominated by) big business like Pixar and Disney while UK has more SME (small and medium enterprises) so they employ more people. Then the creative entrepreneurs are grouped into hubs,” Santos said.

The hubs are like coworking spaces, where shared services are offered.

Entrepreneurs evolved in such settings, drawn into their respective hubs or communities.

The government, in turn, gave them support—training, facilities and programs in universities.

“They think that this model will work in Asia, for developing countries. They chose a country to pilot and they chose the Philippines,” he added.

Thames commits to teach the business side, how to make money from creations, how to protect intellectual property and how to market internationally.

This group also aims to contribute to the roadmap for the creative industry.

“We can have a roadmap because there’s a model that has already worked in other countries. We just have to contextualize it,” Santos said. “Others are making money by being creative while we in Philippines are still figuring it out.”

Unlike a call center, Santos noted that creativity was something that could not be developed overnight.

“That’s why they (call centers) are easily replaceable by robots. Creativity isn’t. The talent is here in the Philippines. We just need to create the platform so it’s exportable,” he said.

As a stellar representative of the sector, Apl is also the best person to champion the creative industry.

Apart from putting a human face to the industry, he is contributing funds to the scholarship program and helping curate the participants.

But to gain momentum, the sector needs more champions like him.

“Basically, I’m paying it forward. I was given an opportunity and now I have to follow the footsteps of my adoptive father, Pearl S. Buck Foundation that helped me get sponsored, and as well as my mom. Growing up, I’ve seen her take care of all the neighborhood kids so the Filipino trait to share—even the cooking when you share the ulam (viand) with the kapitbahay (neighbors)—[is there],” Apl said.

What if more people are interested to join the program in the coming years?

“Apl will just have to keep singing more,” Santos said in jest.