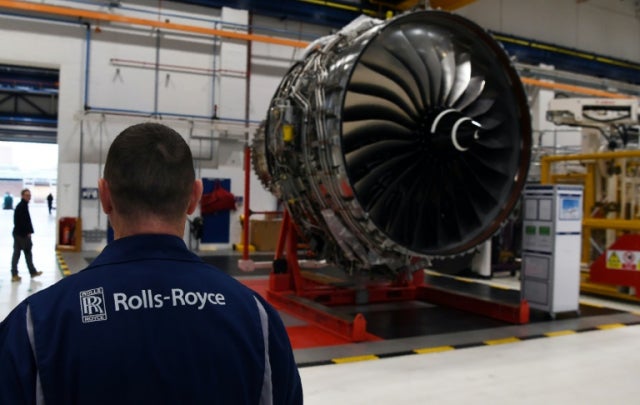 Rolls-Royce, the British maker of plane engines, said Thursday that it plans to cut 4,600 mainly British management roles by 2020 in a vast restructuring that has already resulted in thousands of job losses.

“Rolls-Royce announces the next stage in our drive for pace and simplicity with a proposed restructuring that will deliver improved returns, higher margins and increased cash flow,” the group said in a statement.

The London-listed company, whose engines are used in Airbus and Boeing aircraft, said the latest cuts would produce £400 million ($536 million, 454 million euros) of annual cost savings by the end of 2020.

Rolls has faced a tough trading environment in recent years on weak demand for its plane engines and marine power systems.

Although it roared back into profit last year, this was largely owing to a recovery in the pound.

“The creation of a more streamlined organization with pace and simplicity at its heart will enable us to deliver on that promise, generating higher returns while being able to invest for the future,” he added.

Rolls said the latest round of restructuring was expected to cost the group £500 million.

“These changes will help us deliver over the mid and longer-term a level of free cash flow well beyond our near-term ambition of around £1 billion by around 2020,” added East, who has implemented the group-wide restructuring since his appointment as chief executive in 2015.

Rolls employs more than 22,000 staff in Britain, of which over one half are based at its UK operational center in Derby, central England.

In total, the company employs around 55,000 worldwide.

“Most of these management and support functions (set to go) are in Derby and therefore, it will be most strongly felt in Derby,” East said in an interview with BBC radio.

Rolls had in January announced a major overhaul of its operations, reducing the number of core units and basing the remainder around civil aerospace, defense and power systems.

At the same time, the company has said it would consider selling its commercial marine business, while in April, Rolls sold German division L’Orange for 700 million euros to US group Woodward.

Speaking to the BBC, East said he saw opportunities in China.

“We look at China and we see an opportunity there for aircraft engine… that’s where a lot of opportunities are.” AB