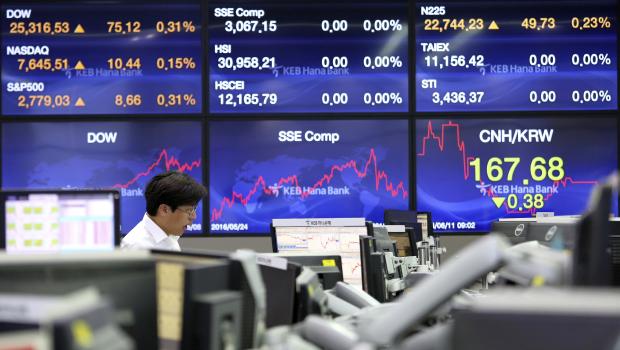 US and North Korean officials were preparing for a meeting Tuesday between Trump and Kim aimed at settling the standoff over the North’s nuclear arsenal.

North Korea has reportedly said it is willing to deal away its entire nuclear arsenal if the United States provides it with reliable security assurances and other benefits.

But many say Kim’s government is unlikely to give up weapons that help guarantee its survival.

Trump took more swipes at Canadian Prime Minister Justin Trudeau, contending that “Fair Trade is now to be called Fool Trade if it is not Reciprocal.” Trump roiled the meeting of leaders of the Group of Seven major industrial economies by first agreeing to a group statement only to withdraw from it while complaining about Trudeau’s criticism of his tariff threats.

“The far from harmonious Quebec summit confirmed deep-seated G-6+1’s expanding policy fissures on a plethora of significant concerns including climate change, the Iran nuclear deal and of course trade,” Stephen Innes of currency trader Oanda said in a report. “The Trump-Kim summit is the massive event that has a far-reaching regional implication. While the markets had low expectations going into G-7, assumptions are running high, so if the talks somehow go sideways, there could be a reasonably aggressive regional risk-off move.”

The US Federal Reserve is expected to announce an interest rate hike on Thursday. Also Thursday, the European Central Bank is expected to give more indications about whether it might bring forward a rate hike now expected in mid-2019. On Friday, the Bank of Japan is due to give its latest policy update.

US stocks ended higher Friday, led by consumer products and health care companies. The S&P 500 and Dow both rose 0.3 percent while the Nasdaq composite advanced 0.1 percent.