European firms not worried about increase in PH minimum wage 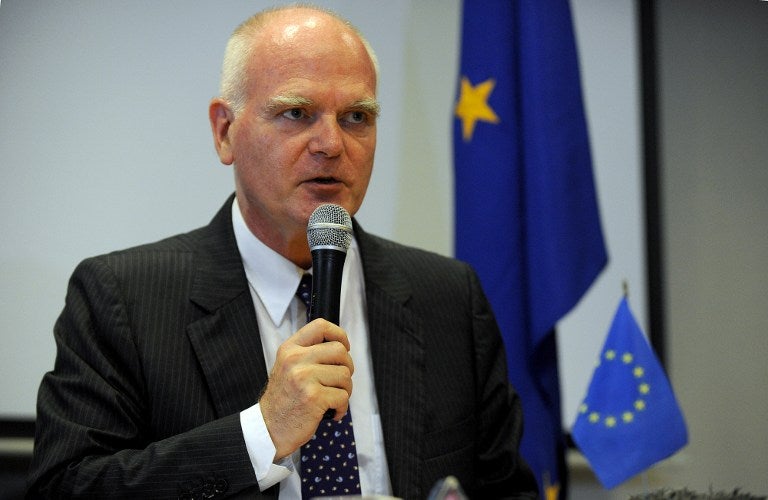 For European companies, raising the minimum wage would not have a significant impact on the Philippines’ competitiveness and attractiveness in the region.

According to European Union Ambassador Franz Jessen, “red tape, the complex system of licensing and foreign ownership restrictions” were the issues that concern European businessmen more when they do business in the country.

“In the context of the European Chamber, they don’t talk about the minimum wage. It is [these] issues that they focus on,” Jessen said on the sidelines of the Labor Standards and Trade Forum in Makati City on Tuesday.

Earlier, the Employers Confederation of the Philippines warned that a significant wage increase may scare away businesses and force them to relocate in neighboring countries.

Last week, two bills were filed in the House of Representatives setting increases in minimum wages.

Jessen noted that cheap labor was not the reason European companies were doing business in the country but Filipino workers offering “quality and sophisticated labor.”

He cited a European company that set up shop in Davao after learning that most of its “well-trained engineers” at its plants in the United States and Europe were Filipinos.