MCIA T2 ready for take off 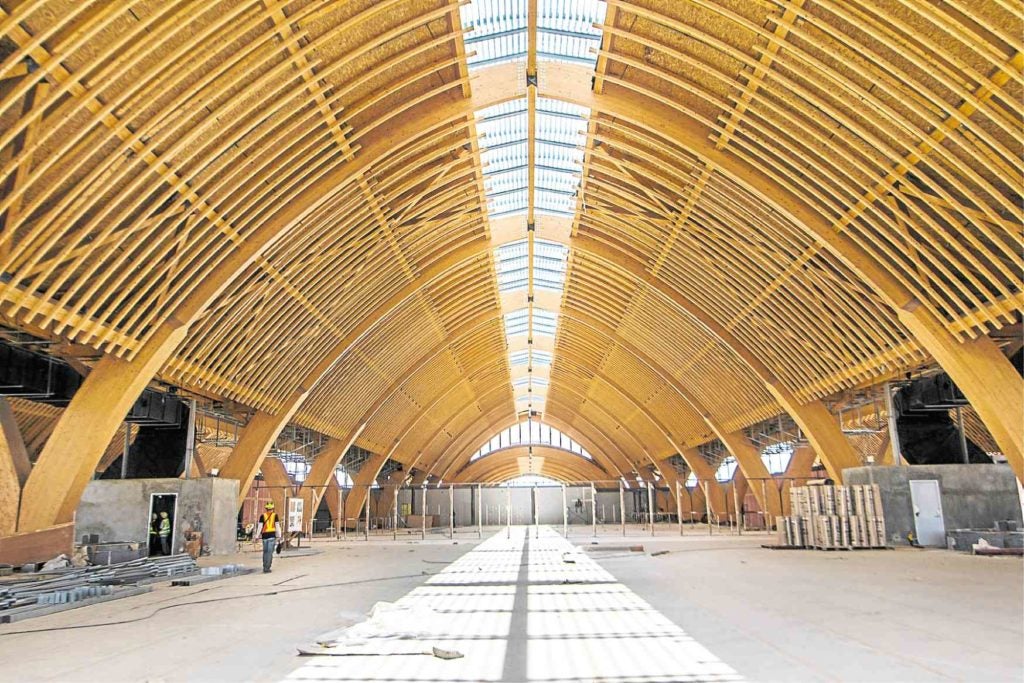 The MCIA Terminal 2 sports a unique design that demonstrates the warmth and friendliness of the local culture.

In less than a month, the Mactan Cebu International Airport Terminal 2 will be welcoming passengers to a showcase of Filipino creativity, ingenuity and hospitality.

The MCIA Terminal 2, after all, was created by a powerhouse cast of architects and designers who all sought to make the country’s second busiest gateway at par with other international airports.

Poised to become a lifestyle destination in itself, the MCIA Terminal 2 was the creative product of some of the most renowned names including design icon Budji Layug, Arch. Royal Pineda, and Cebu-based and world renowned designer Kenneth Cobonpue. Meanwhile, Hong Kong-based Integrated Design Associates (IDA), which has previously worked on projects at Beijing Capital, Delhi-Indira Gandhi and Hong Kong airports, forms part of MCIA Terminal 2’s design team.

“The architectural concept of the new Terminal 2 is inspired by the context of the Philippines, the locality of Cebu, and the arts and crafts of this region. The finishes emulate the local context through thoughtful selection of colors, textures, and materials, enhancing passengers’ experience and connection to place and culture,” GMCAC chief executive advisor Andrew Harrison explained in a briefing in Cebu.

Much thought and study were likewise given by designers in terms of colors and finishes, ensuring that most of the elements of Philippine landscape will be incorporated in the final look of the new terminal.

In his presentation, Harrison likewise shared how the designers chose the color palettes, finishes and material that will be used in the new terminal to ensure that it will showcase the province’s artistry and culture.

“The Philippines landscape is composed of many disparate elements. But when assembled they form a complementary arrangement, a natural harmony, as well as a juxtaposition and contrast. From this landscape, natural colour and tonal gradients are generated and selected,” Harrison further said.

With the opening of Terminal 2, tourists will thus have their first taste of the province’s rich culture and heritage. It boasts of a unique design that demonstrates the warmth and friendliness of the local culture.

“We create the first and last impressions visitors make of Cebu and the rest of the country and thus we want to create a worthy impression for everyone. Not only will the new terminal look distinctly Filipino, it will also be a complete experience of Filipino hospitality the moment you set foot here,” GMCAC president Louie Ferrer said in a previous interview.

“This airport is more than a transfer point, we are making it a vital part of the Cebu experience,” Ferrer had said.

But what further makes MCIA Terminal 2 truly innovative was that it was built using glulam wood instead of the traditional steel that is used in many modern airports.

A first in Asia, this project is the largest order that has ever been received for a structure made of glulamen in the entire company history of Rubner Holzbau in Ober-Grafendorf, an engineered timber construction firm. A total of 4,500 m³ of glulam timber was used for the wave-shaped, barrel-roofed structure of the new 65,000 sqm building.

Going beyond the aesthetics, the opening of MCIA Terminal 2 on June 2018 will increase passenger capacity to 12.5 million from 4.5 million. For this year alone, the MCIA is eyeing an 11.2 million passenger traffic, up 12 percent from last year.

“We are looking to promote Cebu to other untapped markets and this includes other provinces in China. We want to bring this high-spending Chinese market to Cebu,” Ferrer said.

Within two years of operations and management of the airport, GMCAC bagged four awards from different world-renowned financial institutions plus a recognition of being one of the Best Airports in Asia.