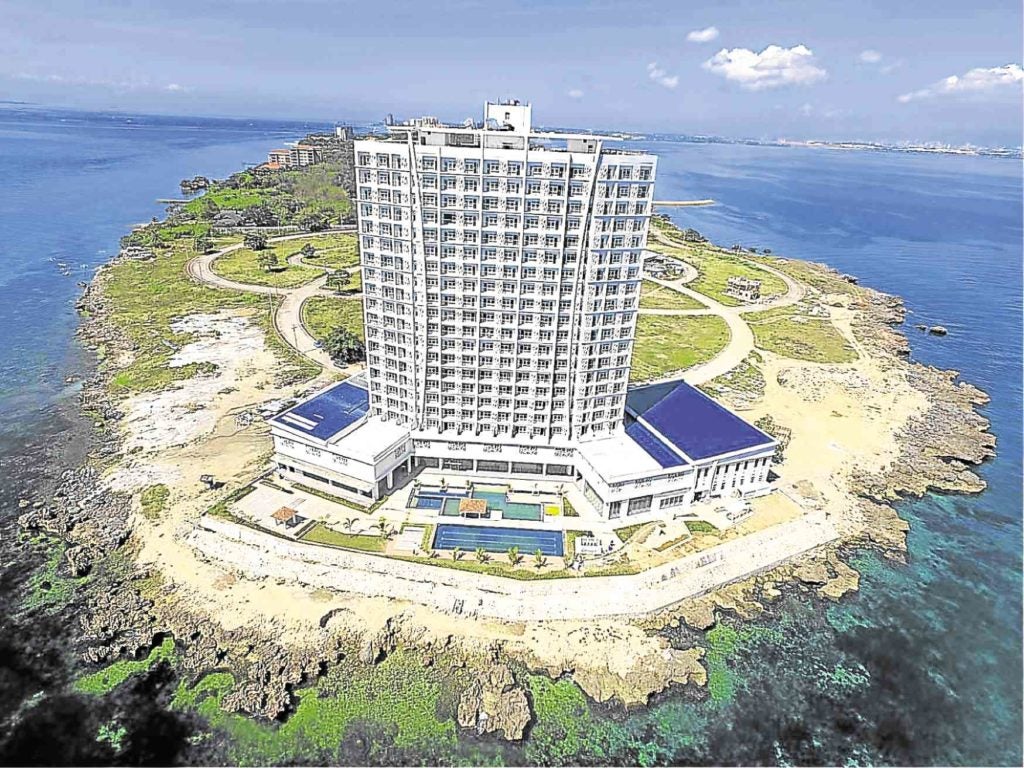 Arterra offers guests a panoramic view of the ocean, a sure treat for your frazzled nerves.

With the construction of the Mactan-Cebu International Airport Terminal 2 almost completed, one can expect Cebu to again be a favored destination of local and international tourists.

The airport itself promises to be a must-see, being touted as the world’s first resort airport. But one trip to Cebu, is not enough. There are so much sights to see, beaches to lounge in, and mouthwatering food to eat in the Queen City of the South.

No trip to Cebu is complete without a visit to Basilica del Santo Nino. The historic church was founded in 1565, making it the oldest Roman Catholic church in the Philippines.

It was declared a national historical landmark in 1941 and in 1965, was made “the symbol of the birth and growth of Christianity in the Philippines” by Pope Paul VI.

From the birthplace of Christianity in the country, one may then head over to Cebu Taoist Temple. A center of worship for Taoism, it is open to worshipers and non-worshipers alike. The temple was built in 1972 by Cebu’s Chinese community. It has several levels and a definite eye-catcher with its multicolor towers.

History and museum buffs will surely have a field day in Cebu. Magellan’s Cross, Fort San Pedro, Casa Gordo, Museo Sugbo and Yap-Sandiego Ancestral House are just among the spots in the city teeming with history and culture.

If you’re looking for a gastronomical adventure, the country’s oldest city definitely does not disappoint.

Eat your Cebu lechon with puso—rice wrapped and cooked inside woven coconut leaves—kinilaw and sinugba and binignit for dessert. You can then head to the market and hoard some danggit, dried squid and dried mangoes to take home to Manila.

The beauty of living in a tropical country is that once you step off your plane, the beach is simply a car-ride away.

That is the case in Mactan, Cebu. When you’re done having a taste of Cebu’s glorious food and you’ve already exhausted yourself dropping in on the city’s attractions, you would want to relax and recharge nowhere else but the beach.

Perched at the edge of popular diving destination on Mactan Island is Arterra at Discovery Bay Hotel and Resort.

A 20-minute drive from Mactan-Cebu International Airport, Arterra is right on the tip of Punta Engaño in Mactan, along the strip where other well-known five-star hotels stand. Trusted property developer Sta. Lucia Land Inc. gives guests and residents of Arterra a panoramic view of the ocean, a treat for your frazzled nerves.

Arterra also offers water sports for those who would like to do some jet skiing, hobie cat sailing, paragliding and diving. You may also go island hopping and fishing.

Also in the property are a basketball court that can be converted into a badminton court, a fitness gym and a billiard and game room. There are swimming pools for both adults and kids, a jacuzzi and a health spa.

Studio-cut, homey and tastefully-decorated condotel units are available for purchase at the third to fifth levels of Arterra while residential units occupy the sixth to 20th floors.

SLLI gives interested buyers the option to either reside in their acquired unit for personal use or rent it out to visitors and tourists in the city.

Sta. Lucia Property Management will take care of the administrative matters in the day-to-day operations, thus making this a hassle-free investment.