PH stocks down on foreign selling 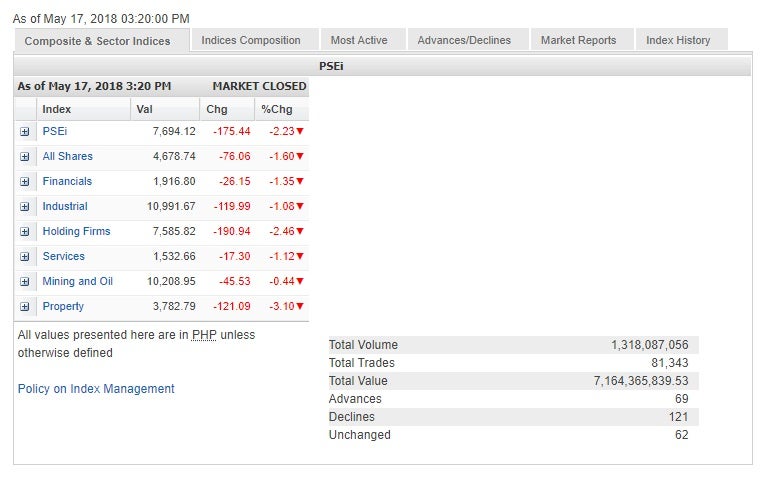 The financial, industrial and services counters all fell by over 1 percent. The mining/oil counter also declined.

Total value turnover for the day amounted to P7.16 billion. There was a hefty net foreign selling of P1.32 billion for the day.

There were 121 decliners that overwhelmed 69 advancers, while 62 companies were unchanged.

It was recently reported that remittance inflows in March dropped by 10 percent year-on-year, the steepest decline seen in 15 years.

The PSEi was dragged down most by Ayala Corp., which declined by 5.05 percent.

URC and AEV both fell by over 2 percent, while SM Investments, ICTSI, Megaworld and GT Capital all declined by over 1 percent.

On the other hand, LTG gained 0.7 percent.

While paring their holdings of large cap stocks, some investors focused on nonPSEi stocks.

Third telecommunications aspirant MRC Allied surged by 12.5 percent, while Century Peak and Bloomberry both rose by over 2 percent.