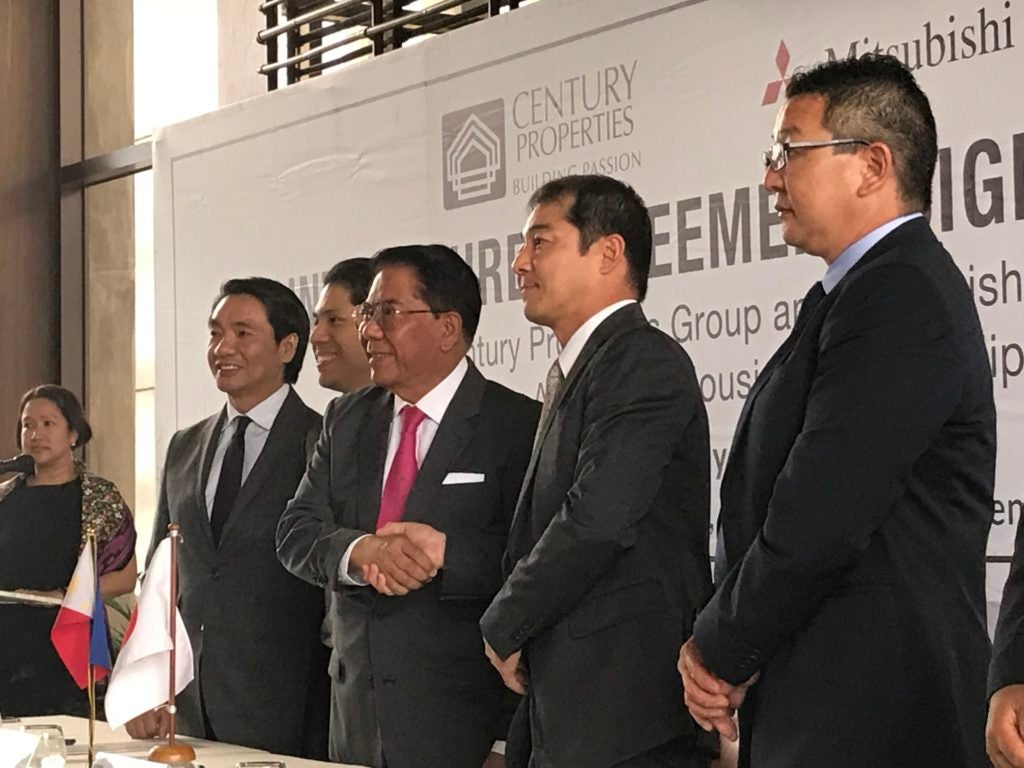 Upbeat on their maiden housing project in Cavite, property developer Century Properties Group Inc. (CPG) and Mitsubishi Corp. signed on Wednesday a deal to create a new joint venture corporation that will bring to the property market around P57 billion worth of affordable homes in the next five years.

Seeking to cover part of the country’s huge backlog of 6.6 million housing units, the new venture plans to launch about 15 new housing projects equivalent to around 33,000 housing units within the next five years. Each unit will be priced between the P1 million and P6 million range, targeting middle-income first time homebuyers.

The joint venture company, to be named Phirst Park Homes Inc., will be incorporated after the joint venture agreement has secured clearance from the Philippine Competition Commission. The projects will be launched in key locations outside of Metro Manila under a new brand called PHirst Park Homes.

Capital expenditures for the first five years are estimated at around P10 billion. Under the terms of the agreement, CPG will subscribe to 60 percent and Mitsubishi to 40 percent of the authorized capital stock equivalent to P5 billion over the same five-year horizon.

From a return on equity point of view, deepening their affordable housing partnership is seen beneficial for both CPG and Mitsubishi because of the faster turnaround time and higher margins from this type of development compared to high-rise residential developments.

“Our joint venture partnership with Mitsubishi Corp. solidifies Century’s plans of diversification and strengthens its positioning not just in the affordable housing category, but in the broader first home buyer market. We thank Mitsubishi for its continued trust and confidence in Century Properties. Our relationship has certainly been fruitful to date with our two projects with them – both for the office building in Century City, and in Tanza, Cavite to date. It is but natural to take it to the next level,” said Century Properties chair Jose E.B. Antonio.

“The big housing demand, coupled by the natural and good chemistry between Century Properties and Mitsubishi Corp., led us to a great milestone today – the signing of an agreement to form a joint venture company for affordable housing. This is not just for one project but for a long-term relationship that will make significant contributions in addressing the housing backlog in the Philippines,” said Mitsubishi general manager of ASEAN Urban Development Department Hidetoshi Suzuki.