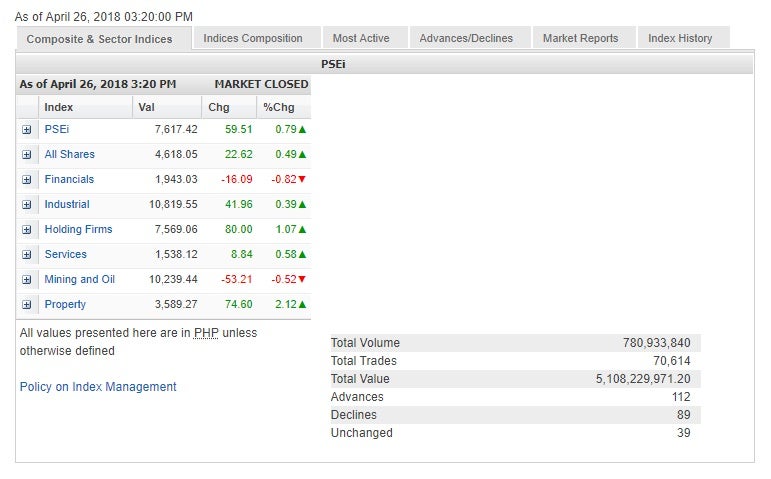 The local stock barometer firmed up above the 7,600 mark on Thursday, as domestic bargain-hunting made up for sluggish foreign investor appetite.

The property counter advanced by 2.12 percent while the holding firm counter added 1.07 percent.

On the other hand, the financial and mining/oil counters declined.

Value turnover was thin at P5.11 billion. There were 112 advancers that beat 89 decliners while 39 stocks were unchanged.

Domestic buyers supported the stock market’s rebound as there was P488 million in net foreign selling for the day.

The PSEi was led higher by JG Summit, which rose by 3.81 percent, while Ayala Land added 3.02 percent.

Ayala Corp., Metro Pacific and URC all added over 2 percent while SM Prime rose by 1.82 percent.

SM Investments and ICTSI both gained.

On the other hand, DMCI lost 5.46 percent while Meralco fell by 3.65 percent. Metrobank slipped by 2.57 percent while Jollibee and BDO also declined.