Holy Week is one of the most anticipated events of the Catholic Church in our country. Visita Iglesia, one of the traditional practices during this season, invites people to visit different churches to pray the Stations of the Cross. Beyond prayer, though, the tradition also allows us to discover the wonders of Philippine churches. Let us explore seven of the many religious gems the Philippines has to offer.

A church is considered the house of God. The Callao Church of Peñablanca, Cagayan, shows that God can live even inside a cave. With its ceiling approximately 48 meters in height, the second chamber of the Callao Caves boasts of a natural skylight. The place was turned into a place of worship by the locals with the simple addition of pews and an altar. Locals say that weddings are allowed to take place here. The condition though is that the groom must carry his bride over the 187 steps that also adorn the cave.

The Church that beat a volcano 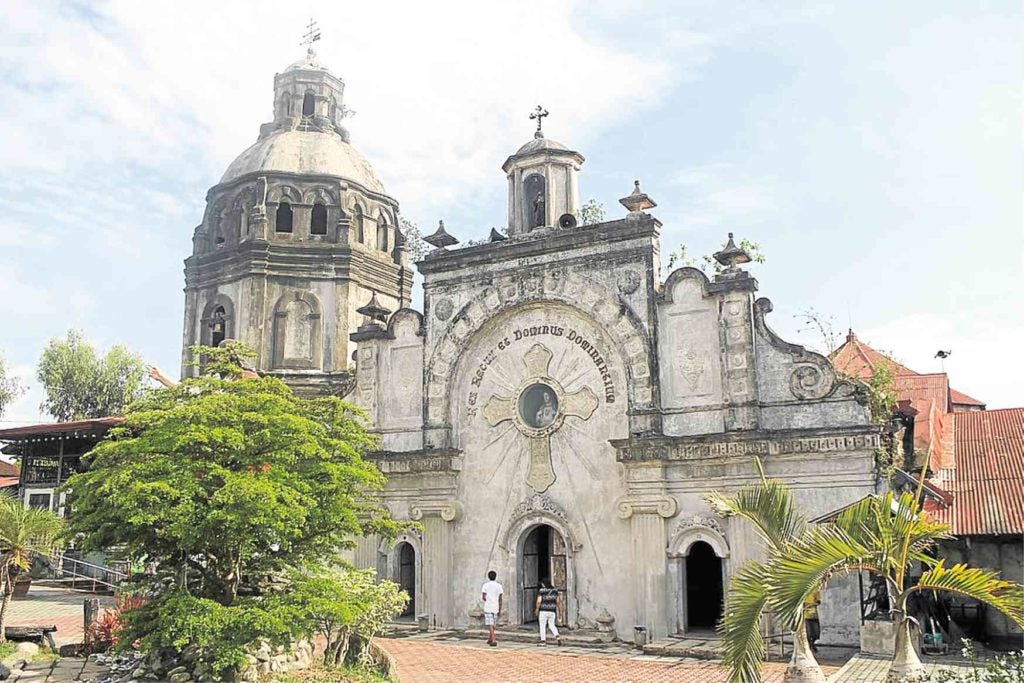 The Church that beat a volcano

The San Guillermo Church in Bacolor, Pampanga, is a church of great resilience. Built in the sixteenth century, the building features stone walls and the Baroque style of architecture. The eruption of Mt. Pinatubo in 1991, however, caused the church to become half-buried. After the tragedy, the locals dug up the original altar, retablo and religious images that sunk in lahar. Through community efforts, the church was re-built, albeit at half-height. Today, the San Guillermo Church remains as functional and as vibrant as ever. It is a testament to the strength of the Filipino spirit even in the wake of tragedy. 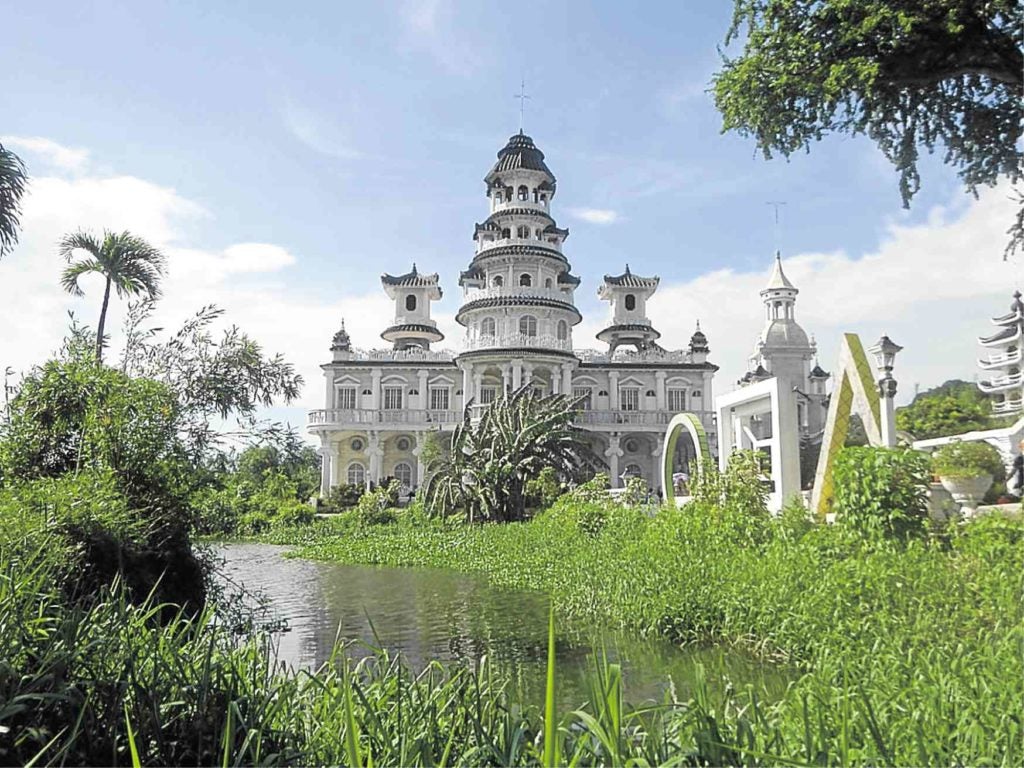 The Shrine of St. Andrew Kim in Bocaue, Bulacan, is dedicated to the memory of Korea’s first Christian priest who briefly resided in the area during his lifetime. The edifice is unique for its Chinese elements in church architecture. The pagoda-like structure and curved roof corners allude to Oriental building practices that rarely manifest in Catholic buildings. With its unique features, the place brings Korean culture in a traditionally Filipino parish.

The Bosoboso Church, as it is more commonly known, is one that has experienced resurrection like Jesus Christ. Originally established in the 17th century, this church in Antipolo, Rizal, was abandoned and destroyed numerous times due to dwindling populations, an earthquake, the World War and a dam project that failed to materialize. In 1995, through the efforts of the government and patrons, the church was restored. Modern elements like long-span roofing have been incorporated in the structure, but the old façade was rebuilt close to its original features. The church is set against a natural setting, its simplicity serving as proof that great architecture need not be adorned.

The Daraga Church in Albay is surrounded by a lot of myths pertaining to its construction. Historical records, however, state that the church was built in 1773 when people in nearby Cagsawa requested for relocation of the whole town.

It took a while for the church to be finished, having been consecrated in 1854, but partially destroyed during the American war.

Today, elements of the old church remain standing with some façade sections, the belfry and the baptistery declared as National Cultural Treasures in 2007. As added protection, a coat of white lime was applied on the façade to preserve the structure from deterioration.

Built in the neogothic style, St. Anne’s Church in Iloilo is known as the “feminist church” due to its all-women collection of saint images inside.

The church façade has been constructed from coral rocks secured in place with egg whites and sand. The building has survived the ravages of World War, as displayed by the World War 2 bullet marks of the church bells. It was declared as a National Landmark by the National Historical Institute in 1992 and has become a famous icon of Iloilo City.

The Church beloved by Rizal 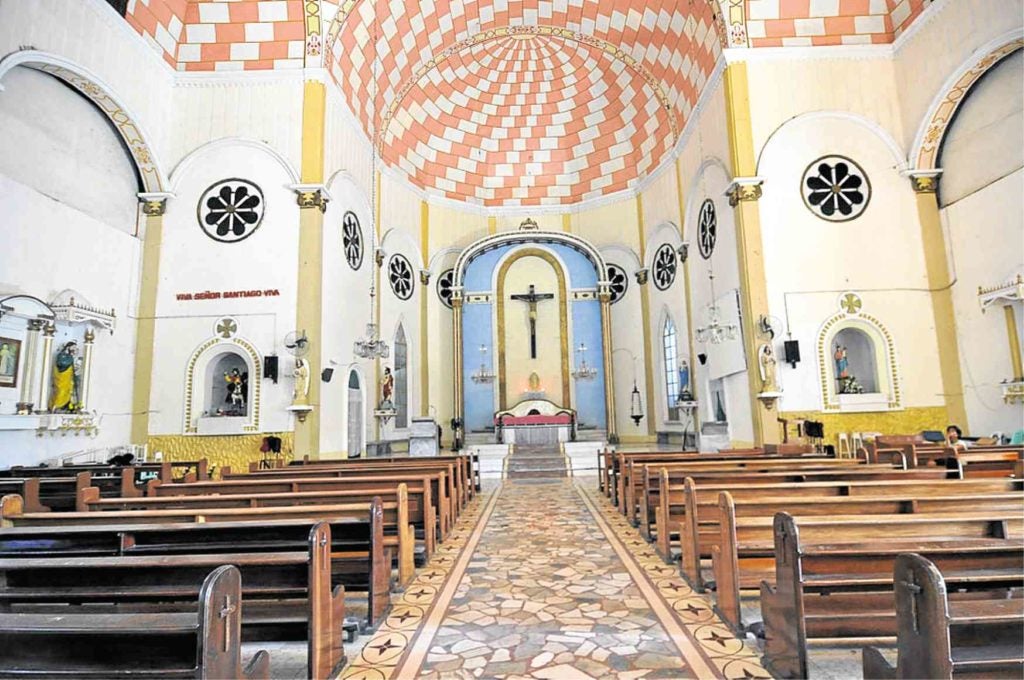 The Church beloved by Rizal

Constructed in honor of Dapitan’s patron saint, the St. James the Greater Church bears a marker unique to the churches in this list. It points out the location where Dr. Jose Rizal, our national hero, once stood outside the church to hear mass. Inside, the church is colorful with its striped ceiling and yellow altar. It appears to allude to the colorful vinta sails the city is famous for. Standing tall in the Dapital Plaza, the church brings vibrancy to our country’s old churches.