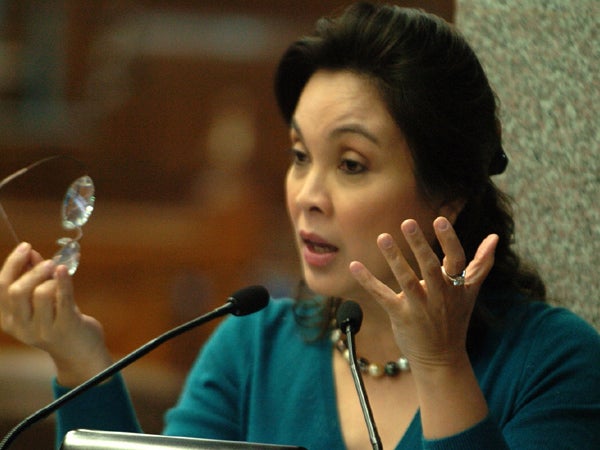 Sen. Loren Legarda on Tuesday expressed confidence that the Philippine economy would become more robust after an online report put the country at the top of the best countries in Southeast Asia to invest in.

Legarda, chairperson of the Senate Committee on Finance, cited the report published by US News which placed the Philippines on the No. 1 spot of the best Southeast Asian countries to invest in.

“In contrast to declining inflows of foreign direct investment (FDI) to the Southeast Asia as a whole, the Philippines continued to perform well, according to United Nations data,” the report said.

“We are gradually seeing the positive effect of the administration’s sound economic policies. I laud the efforts of both the public and private sector, especially the President and his economic team,” Legarda said in a statement.

“But more needs to be done in sustaining the inflow of investments in our country that will usher in more local jobs especially in the provinces,” the senator noted.

The Department of Trade and Industry’s Board of Investments (DTI-BOI) approved P131.6 billion worth of investment projects in the first two months of 2018 alone, Legarda said.

Moreover, the senator noted that in 2017 the BOI posted an all-time high of P617 billion in committed investments, comprising of 426 projects that are expected to generate around 76,065 jobs upon full operations.

Legarda said the 65-percent increase in investments was recorded in areas outside of the National Capital Region (NCR).

“All of these show the growing confidence of both local and foreign investors in our economy and could only result in growth also in the countryside and of our people,” the senator explained.

The investments were also seen to “further improve” with the government’s “Build, Build, Build” program, she said.

“We see this to further improve especially with the government’s infrastructure development agenda, the legislature’s support through measures that will improve government processes and ensure ease of doing business in the country, and maintaining peace and order,” she said.

Legarda then cited her proposed Innovation Act, which was approved by the Senate on third and final reading.

The measure aims to mandate all government agencies and local government units to “improve efficiencies in addressing public transactions that impact on innovation, including reducing the number of days and costs of starting or expanding a business.”

“We see a very promising future for our country. In fact, our strong macroeconomic performance, solid domestic demand, inflow of foreign direct investments, and consistent fiscal policies geared towards a sustained decline in the gross general government debt ratio invite a more robust trade relations with other countries,” Legarda said.

“But all of these should be aimed at not only achieving impressive growth statistics but also, and more importantly, bringing the fruits of these investments to all Filipinos – to lift the poor out of poverty and improve the lives of all our citizens,” the senator stressed. /atm