Summer escapades in the islands 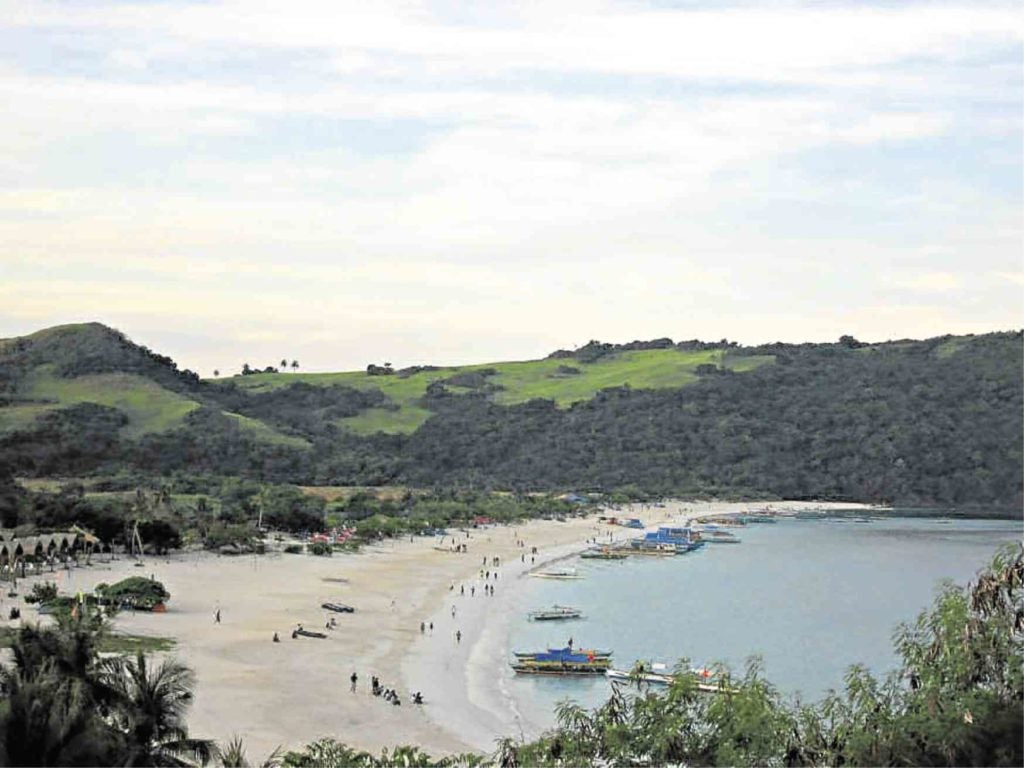 View of the beach at Calaguas

As the government enforces a crackdown on some of the world-famous tourist destinations in the Philippines, here are some equally stunning islands that are worth a visit this summer.

Camarines Norte’s capital Daet, a 374-kilometer land trip from Metro Manila, is home to a surfing destination with spectacular sunrises, and is likewise a jump-off point for an unspoiled beach with a breathtaking view.

The powdery white sand beach and clear waters of Calaguas have been compared to that of Boracay. Off the northern shores of Camarines Norte towns of Paracale and Vinzons, the Calaguas group of islands has two major islands namely, Tinaga and Guintinua, and several other islets.

The main beach called “Mahabang Buhangin,” referring to the island’s extremely long beach length, is located at Tinaga Island which for easy reference and for tourism purposes is also known as Calaguas.

Visitors can bring food and set up picnics at the beach, or pitch tents for an overnight stay. Recently, cottages and resorts can now be found in Calaguas Island.

Before going back to Manila, surfing enthusiasts can head to Bagasbas beach in Daet to catch some waves that roll in from the Pacific Ocean.

The unobstructed view of Bagasbas was the reason it was chosen in 2012 by the Department of Science and Technology as a venue to observe, record and monitor the transit of Venus across the sun because its location was best for following the entire transit.

To get there: Daet is an eight-hour land trip from Manila. Tinaga is at least two hours by boat from the port of Vinzons, which can be reached by a van or bus ride from Daet.

The small group of islands east of Cebu has a lot of sights to offer tourists looking for a new local destination. Camotes Island has something for both the laidback and the adventurous type.

The island of Camotes has some of the best white sand beach beaches in the Philippines. The Santiago White Beach boasts of a long shoreline with fine sand and crystal clear waters. Although lined with affordable resort accommodations, the beach is open to the public. The beach is so calm it will surely calm you down and make you forget your problems.

To those looking for more water activities, you can visit the Lake Danao Park, where tourists can kayak for at least P50. You can also trek down the Timubo Cave and dip in its freshwater pool after. Visitors can also rent a jetski in Mangodlong Beach, where waves consistently roll in.

To get there: From Cebu City, ride a van or bus to Danao Port. Take a two-hour ride via roll-on roll-off (RoRo) vessel to Camotes Island. There will be habal-habal to take you to your accommodation if you have no transportation arrangements with a resort. 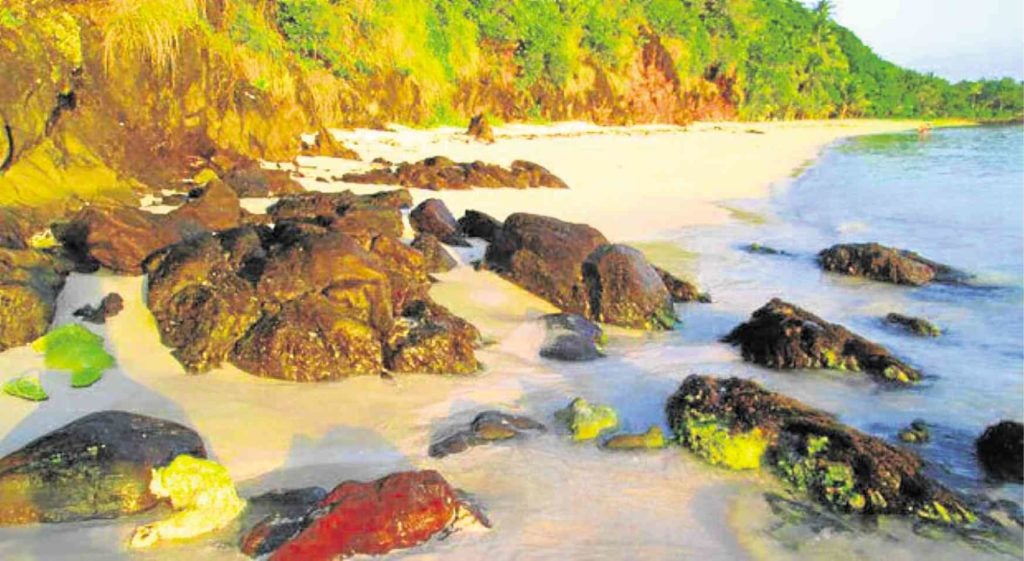 Away from noisy nightlife is one of the prettiest beaches in the Philippines. Located on the island village of Sila in San Vicente town, Northern Samar, Pink Beach is surrounded by emerald green and turquoise waters.

The pink, powdery sand beach has been a major attraction in the province, especially during summer when the sand’s pinkish hue is more evident.

The color comes from a mixture of fragments from red-colored corals and “foraminifera”—tiny sea creatures with red shells that are washed ashore during the habagat (southwest monsoon) season.

The corals and the red shells are eventually pulverized by the waves and other elements, and mix with the original white sand grains, resulting in the sand’s pink color.

Pink Beach is reportedly not yet ready to accept an influx of visitors as the town lacks facilities and accommodations. But there are homes that take in tourists at a friendly rate.

It is a must to snorkel and scuba dive. You can collect shells, but it is prohibited to take some of the pink sand.

To get there: The four-and-a-half-hour drive to Calbayog City from Tacloban via a van-for-hire costs P250 per person. From Calbayog, you need to take another van that will take you to San Isidro town in Northern Samar, the jump-off point to San Vicente. There is only one boat plying the San Isidro-San Vicente route that leaves at 2 p.m. daily except on Sundays. 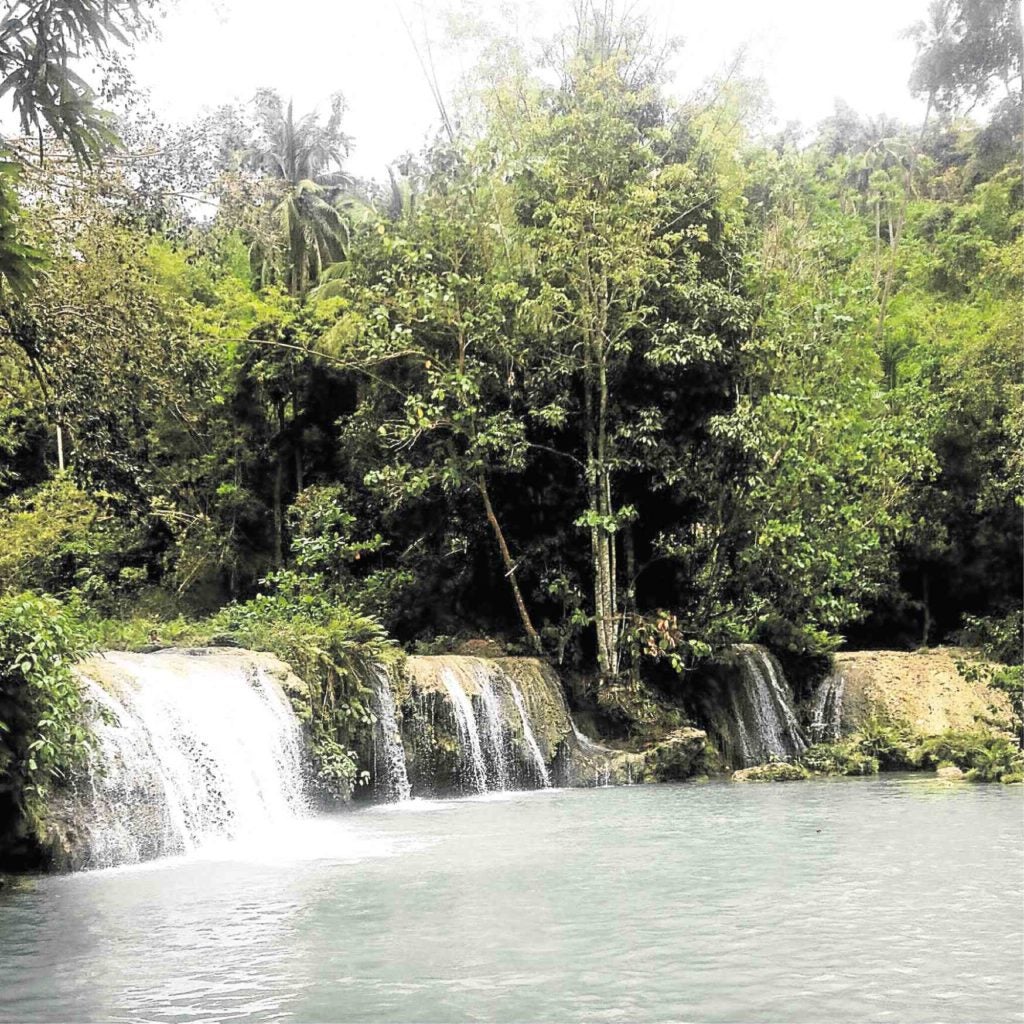 Also known as the Island of Fire, Siquijor is more than its so-called “sorcerers” mix and brew as it is haven to enchanted waterfalls and pristine beaches.

One of the island’s top destinations is the Cambugahay Falls in the town of Lazi. The multi-tiered waterfall evokes images of a paradise found. Three natural pools give swimmers options on where to take a plunge. Tourists can jump into the waters like Tarzan in the deepest part of the waterfalls.

Long stretches of white sand beaches and blue-green waters are also found in the island. There are more public beaches in the town of Enrique Villanueva where mangroves grow abundantly and rocks with unusual formations are serendipitous discoveries.

Visitors are also drawn to the mangrove sanctuary and nursery called Guiwanon Spring Park located in Larena Town. Guiwanon in the local dialect means “where the freshwater meets the sea.”

For only P10, you can enter the sanctuary and swim without paying extra. The blue brackish water entices tourists to dive into the waters under the shade of mangroves and tree houses.

To get there: Take a one-hour ferry ride from Dumaguete City in Negros Oriental province. It can also be reached through daily trips via Bohol and Cebu provinces. 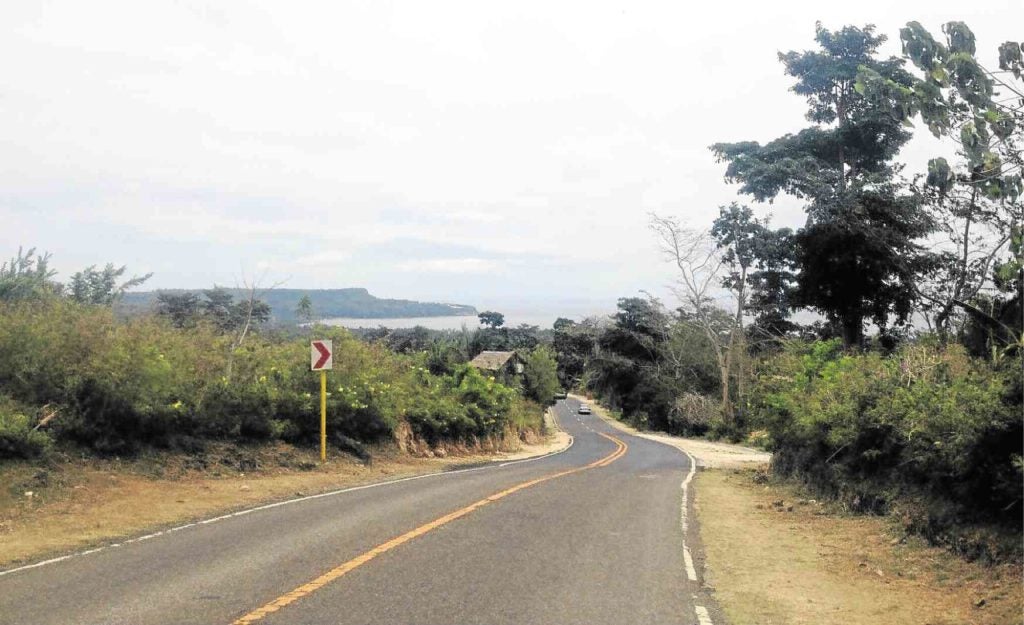 View from the highway in Siquijor