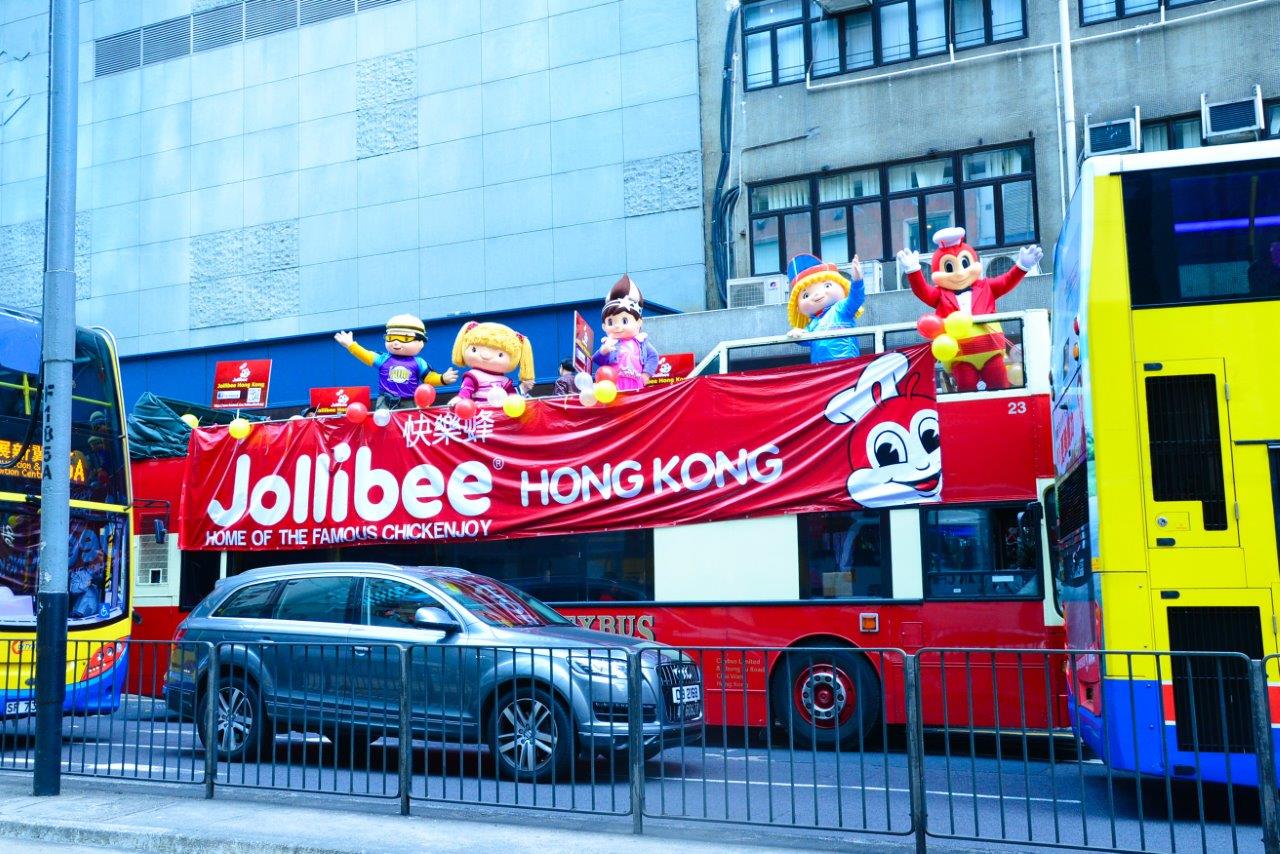 BRINGING MORE JOY IN HONG KONG! To mark the opening of its seventh and eighth stores in Hong Kong, Jollibee and friends tour the city on a double-decker bus – much to the delight of locals and overseas Filipino workers.

The country’s leading fast-food chain continues its expansion in Hong Kong with the opening of its seventh and eighth stores in December 2017, barely a month since it opened two stores in October and November the same year.

Jollibee opened its first branch in Hong Kong in 1996. But it wasn’t until 2016 that the second store was opened. In a span of 18 months, Jollibee has launched seven more stores in Asia’s leading finance hub. Jollibee’s seventh and eighth stores opened in the exclusive enclave of Tsuen Wan and the shopping district of Tsim Sha Tsui, respectively.

“This marks another important milestone in Jollibee’s exciting journey in Hong Kong,” said Dennis Flores, Jollibee Foods Corporation President for International Markets. “We’ve brought our well-loved Chickenjoy to more of Hong Kong’s residents and visitors to help them come together to bond over delicious food.” 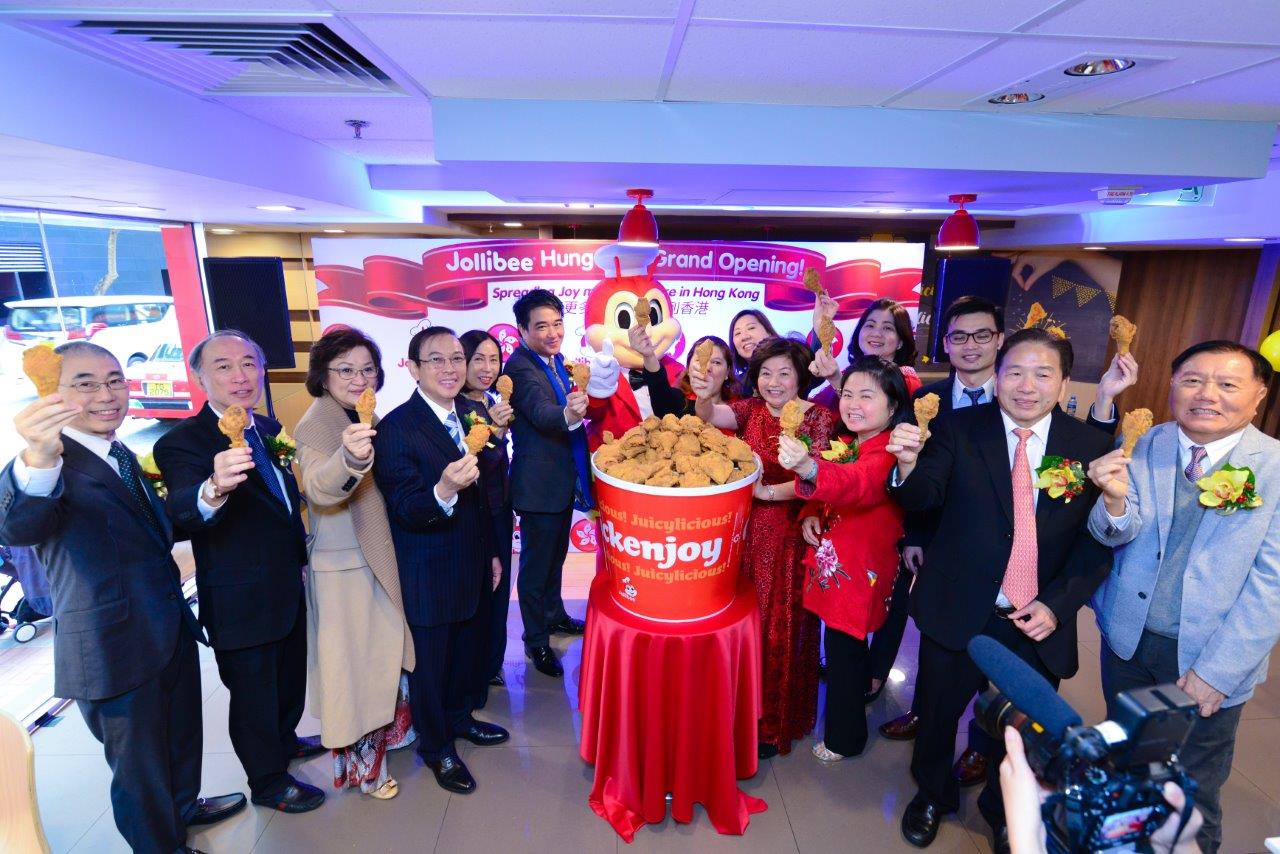 Jollibee favorites, particularly the Chickenjoy, have been making waves in Hong Kong as food critics and food editors from local newspapers have praised it for being the best version – in crunch and flavor – of fried chicken in the area. The warm reception that every Jollibee store opening receives from Hong Kong locals shows the growing non-Filipino market of Jollibee. 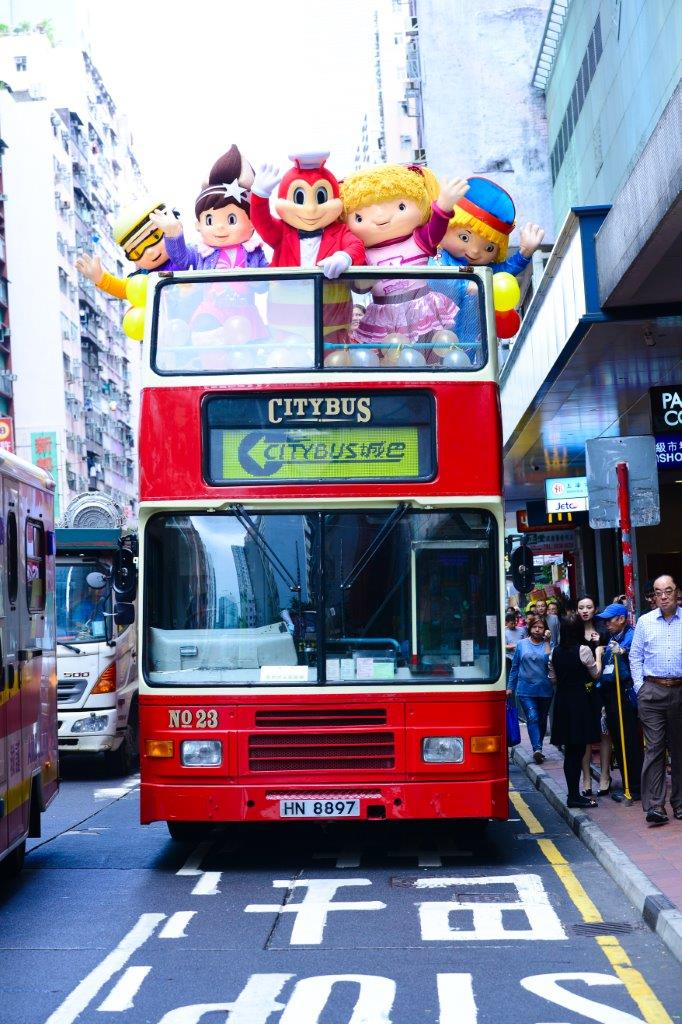 JOLLIBEE AND FRIENDS INVADE HK! Jollibee, Hetty, Twirlie, Popo and Yum wave to onlookers as they toured around Hong Kong aboard the city’s iconic double-decker bus.

Jollibee has been aggressively expanding its network overseas, focused on areas with strong concentrations of overseas Filipino workers (OFWs) and immigrants. While the food giant continues to establish itself with its fleet of stores, it also eyes new territories such as Italy, United Kingdom, and Japan. 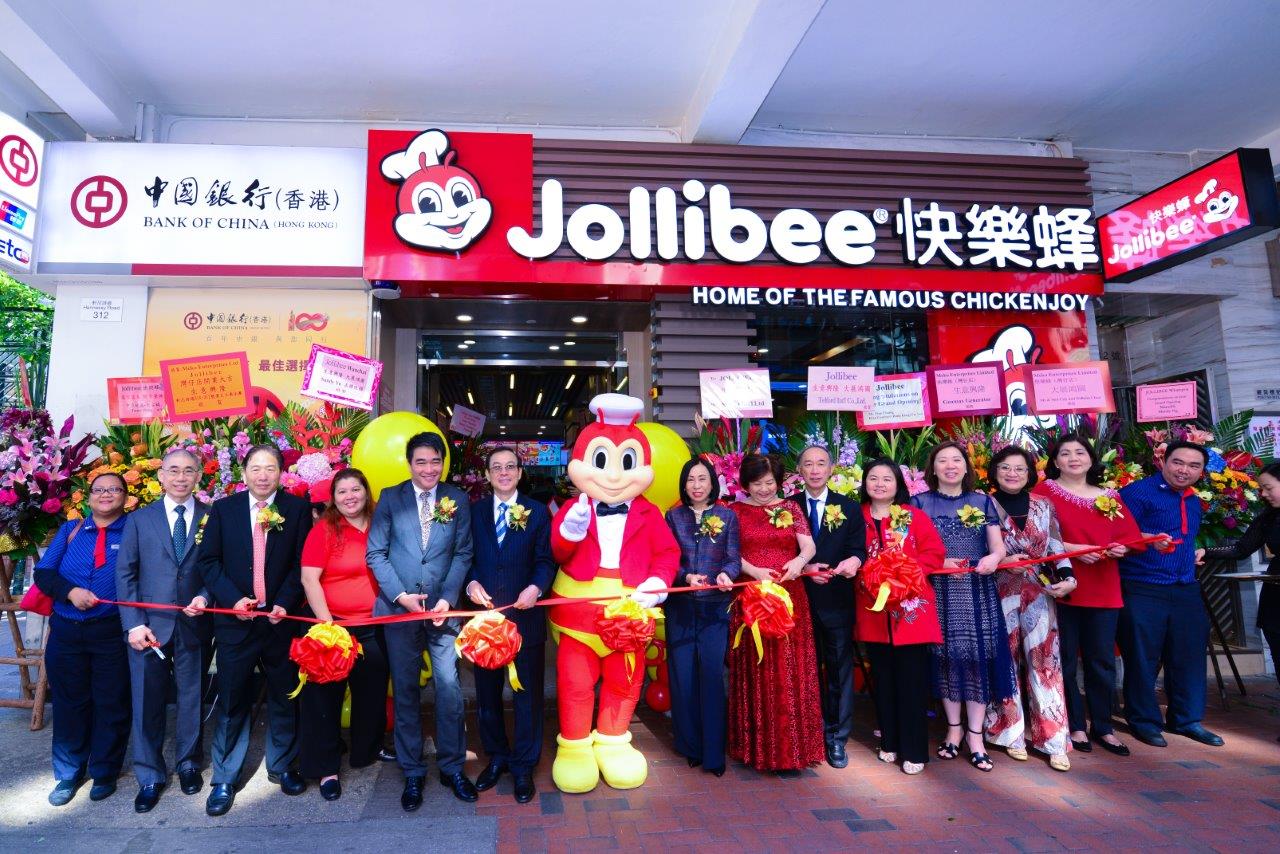 Today, Jollibee is operating an extensive 1100 stores around the world, with strong presence in Singapore, Vietnam, United Arab Emirates, United States of America, and Canada, among others.