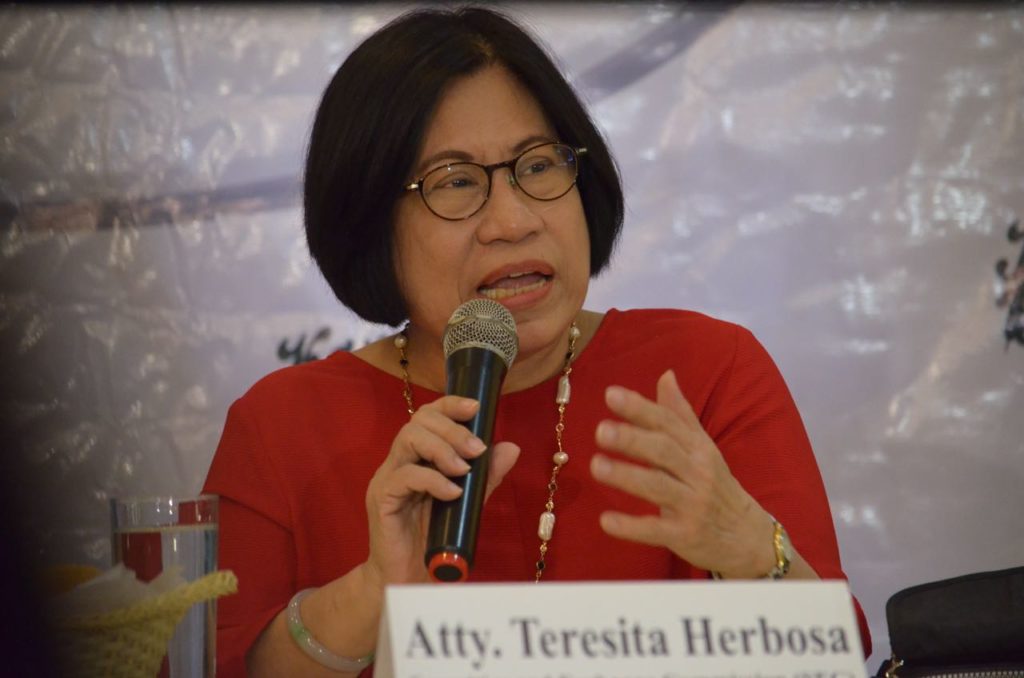 Even as the Securities and Exchange Commission (SEC)’s order to revoke the registration of online news provider Rappler has yet to take effect, Malacanang can use its own discretion as far as the accreditation of journalists is concerned, the SEC chief said.

Speaking during the Pandesal Forum in Quezon City on Friday, SEC chair Teresita Herbosa noted that Malacanang was not a party to the order issued by the SEC against Rappler, which was not yet final and executory until the final decision from the court.

“But in this case, they (Malacanang) have their own standards and their own basis for allowing access to Malacanang by journalists (and) reporters and they felt that because of that decision it was signal for them to consider the accreditation or recognition of some people regarding access. That’s their own independent decision,” Herbosa said.

She was asked what she thought about Malacanang using the SEC’s order as justification to ban Rappler’s representative, Pia Ramada, from its premises.

Claiming violation of the Constitutional mandate for Filipino ownership and control of mass media as well as other pertinent laws, the SEC issued an order last January to revoke the certificate of incorporation of Rappler Inc. and its controlling stockholder, Rappler Holdings Corp. The SEC also voided the Philippine depositary receipts (PDRs) issued by Rappler Holdings to Omidyar Omidyar Network Fund LLC, a fund created by eBay founder Pierre Omidyar, saying this was a “fraudulent” transaction under the Securities Regulation Code (SRC).

Rappler has contested the SEC’s ruling before the Court of Appeals.

“Malacanang is not a party to the decision so it makes it own decisions,” Herbosa said. “I don’t know much about how Malacanang does its own accreditation for reporters. I would think they have the discretion to determine whether to allow access.”

As a parallelism, Herbosa cited that the SEC was also responsible for accrediting auditing firms before they can be external auditors of publicly-listed firms. If the external auditor has deficiencies in the financial statements, their accreditation can’t be renewed, she said.

“We don’t mind people criticizing our decision. We don’t mind them saying it’s wrong and presenting their arguments. What we really hate is to inject something political into it,” she said, referring to criticisms that the SEC was contributing to attacks against press freedom.

ADVERTISEMENT
Read Next
Now Telecom gets franchise extension until 2043
EDITORS' PICK
Cherry Mobile teams up with Cloud Panda PH, launches online store
DOH: COVID-19 mortality doubling time, transmission rate down
Someone from the Philippines can become $356 Million richer this Tuesday
Leveling up your ‘lutong bahay’ with the kitchen companion you never knew you needed
Congress urged to extend session for approval of COVID-19 response bills
Amid protests, Trump talks of war — and reelection
MOST READ
Binay dares DOTr execs to commute to work during GCQ
51 percent of German firms holding back investments in PH, but not because of COVID-19
Cole Sprouse arrested while joining peaceful protest against racism
Chaos as thousands return to work in Metro Manila
Don't miss out on the latest news and information.