This ‘Train’ brings out the smile in Filipino children’s faces 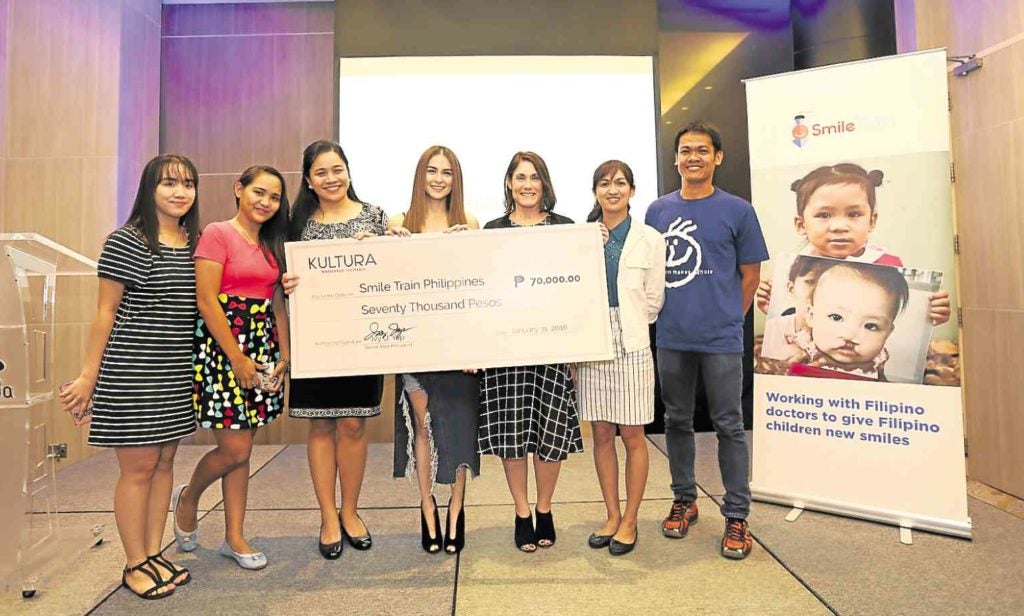 This is Smile Train Philippines’ achievement in numbers, a milestone which recently brought the international charity organization’s global CEO Susannah Schaefer to the country.

“Smile Train has now surpassed 50,000 surgeries in the Philippines,” says Schaefer, who recounts how she met one of Smile Train Philippines’ most successful cases, a 6-year-old boy named Aldrian.

“[Aldrian is] the seventh of eight children, whose father passed away. He is now living with three of his siblings under the care of their grandmother (while his other siblings are with his mother). His grandmother is a sidewalk vendor,” she says. “He best represents Smile Train’s 50,000th surgery in the country because of his personal circumstances. He has a cleft lip and a cleft palate, making it difficult for him to eat and speak. It took a while before he received surgery because he was underweight. After months of waiting, he finally reached the ideal weight for surgery and is now on his way to recovery.”

Citing World Health Organization’s statistics, Schaefer says an estimated 5,000 children are born every year with cleft palates. In developing countries, the total count is around 170,000.

In over 200 partner hospitals, Smile Train Philippines’ medical professionals are able to perform over 6,000 cleft lip and palate surgeries every year.

The organization’s sustainability, says Schaefer, lies in their “teach a man to fish” approach.

Such approach is, essentially, how Smile Train differentiates itself from other charity organizations, which are more mission-based. Through education and training provided by Smile Train, medical professionals are given the capacity to provide cleft care every day, as needed.

“This is vital to ensuring a child … has access to much-needed comprehensive cleft care as well, including speech therapy, nutritional support, orthodontic and general dental care and psychosocial services,” Schaefer explains.

Fundraisers and donations, of course, remain the organization’s financial lifeline.

“Over the past few years, we have expanded our fundraising efforts in countries where our programs are taking place, which will enable us to partner with corporations and engage with individuals who see the impact of the cleft care we provide in their respective countries. Funding our local programs with donations received from people in their own communities further strengthens our model of sustainability,” Schaefer says. 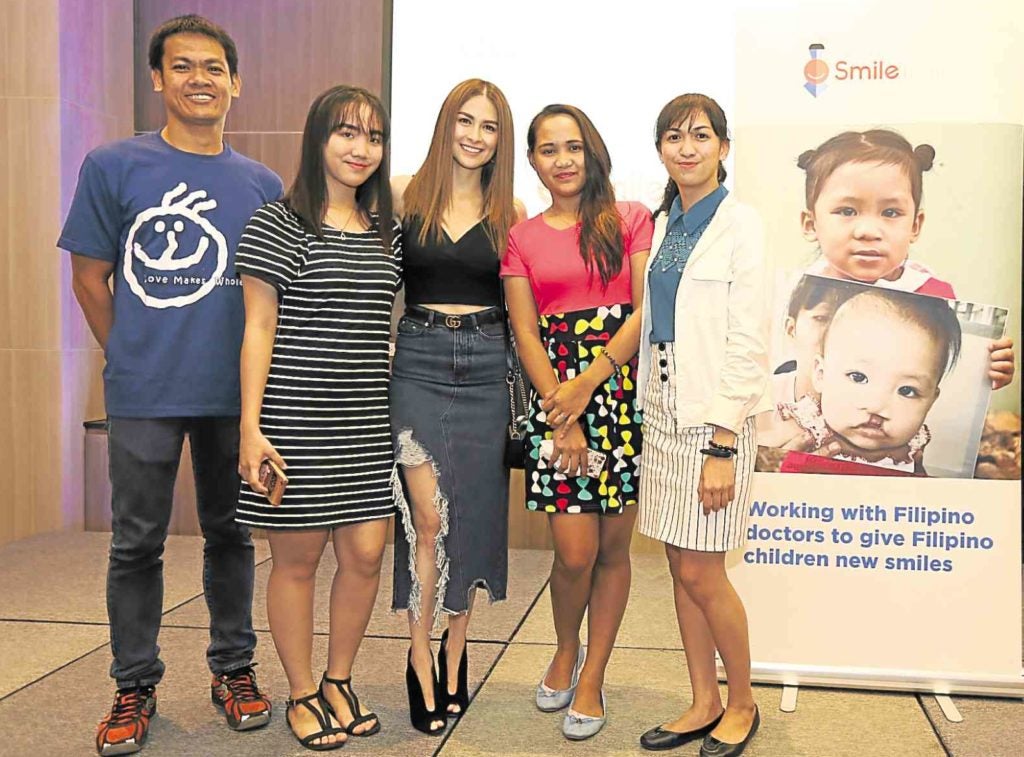 Smile Train also partnered with Beyond Yoga for “Yoga for Smiles”, a campaign started by Smile Train US which made its way to the Philippines last year. Yoga sessions were held for several Sundays from June to October, and participants’ fees went straight to Smile Train.

And then there is Team Empower, which is the organization’s athletics fundraising program. As Smile Train is the chosen partner of several marathons, running activities, and Iron Man races, the organization is afforded charity slots which are then offered to members of Team Empower. In exchange, these members will have to raise funds. Aubrey Miles and Troy Montero, for example, will be running at the Berlin Marathon this September under this program.

“Corporations and individuals have reached out to Smile Train because they want to help. They have seen the impact of what cleft surgery and related cleft treatment can do for the lives of these children and their families. We have received donations from students saving up money from their allowances, groups of friends who hold garage sales for the benefit of Smile Train. Anyone can help and no amount is too small,” says Schaefer.

And just like in any other organization, digital technology has found a place in Smile Train. As part of her visit, Schaefer introduced to the country the Virtual Surgery Simulator, which provides users anywhere in the world with essential information about cleft anatomy and surgical techniques for cleft surgeries, making use of interactive animated graphics, clear written and oral instructions, and real-life intraoperative surgical videos.

There’s also 360° Smiles, the organization’s virtual reality experience, which allows users to experience firsthand what it’s like to have an untreated cleft in the developing world. Smile Train has also developed a free, interactive smartphone app for children with cleft palate speech problems, involving stories, games and songs to improve speech.

“This app lowers the burden on poor families to travel for therapy and the fun nature of the curriculum encourages children to practice more often to yield better speech outcomes,” Schaefer says.

Wide though the organization’s reach may be here in the country, Schaefer acknowledges there is still room for improvement when it comes to awareness on their programs and early intervention for patients.

“We still see many teenagers and adults who have only just heard about us recently. Our goal is to reach those in need when they are infants so that appropriate care may be provided in a timely manner,” she says.

Read Next
SM on a shopping binge to prepare for needs of PH guests
EDITORS' PICK
‘A greener, cleaner tomorrow’: A how-to guide for Filipinos who want to help with today’s energy crisis
Palace: US Senate move also made Duterte junk VFA
Countries with confirmed cases of coronavirus
China expands lockdown against virus, fast-tracks hospital
Get exciting deals and discounts when you download the new McDonald’s App
SM continues to send relief assistance to remote towns in Batangas
MOST READ
Taal’s sulfur dioxide emission increases
Palace: US Senate move also made Duterte junk VFA
San Juan city gov’t padlocks spa for offering ‘extra service’
No time for revelry; Tagaytay instead plans for alert level 5
Don't miss out on the latest news and information.