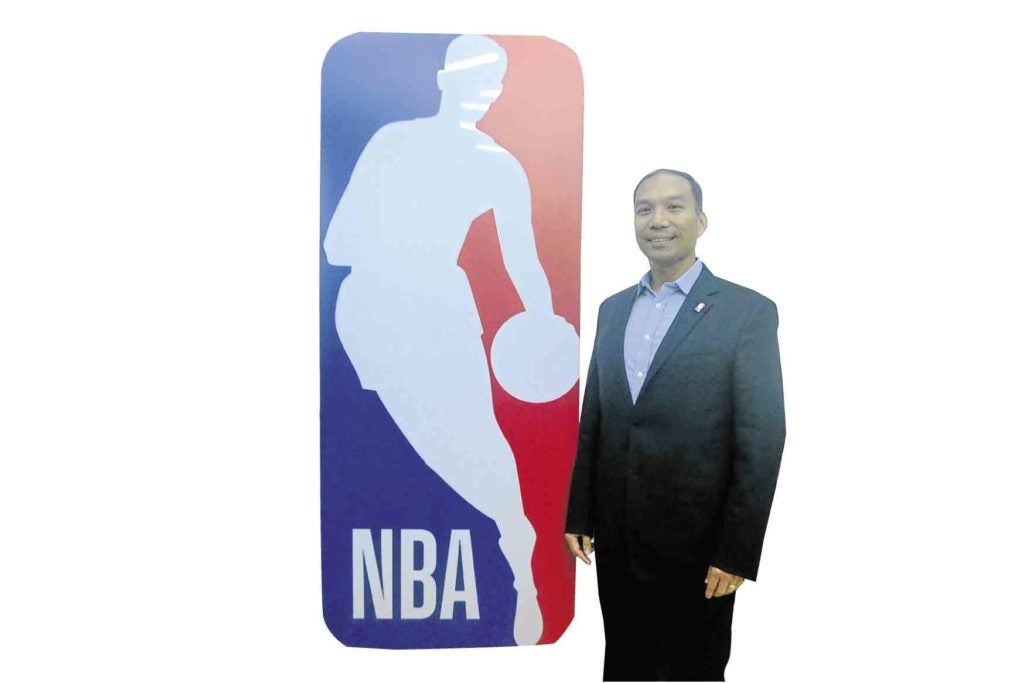 Since its launch in 2007, the free Jr. NBA clinics have made their presence felt in 110 cities and municipalities across the country.

Because of the various activities mounted over the years, Jr. NBA Philippines has been able to establish itself as a major platform to improve the youth basketball experience and promote an active and healthy lifestyle among the Filipino youth.

NBA Philippines managing director Carlo Singson says Jr. NBA Philippines is a vital part of the bigger campaign of the National Basketball Association to strengthen its relationship with one of its biggest markets.

The NBA is already one of the most recognized and admired brands in the Philippines, but it wants to endear itself even more to one of professional basketball’s most lucrative markets. And earn handsomely along the way.

This it hopes to achieve through partnerships with companies that can relate to its branding promise of health, fitness and family or who want to tap into its massive and passionate fan base.

According to Singson, the Philippine fan base cannot be ignored because of its size.

NBA Philippines data show that as of Dec. 20 last year, there are 6.5 million Philippine followers on the global NBA Facebook page, making it the largest source country outside the United States.

“If you combine the love for Facebook and the love for the NBA, then you have a win-win situation,” Singson tells the Inquirer.

NBA Philippines also estimates that about 1.5 million Filipinos watch an NBA regular season game, skyrocketing during the finals to 4.5 million, particularly if Filipino fan favorites Golden State Warriors or Cleveland Cavaliers are gunning for the championship.

The NBA is very well aware of the size and passion of the Filipino market, such that management has exerted extra effort to put more content on social media that is relevant to Filipinos here and abroad.

The NBA Philippines office, for example, adds more content about the Miami Heat and Erik Spoelstra and Jordan Clarkson of the Los Angeles Lakers because of the family connection to the Philippines and the Golden State Warriors.

“The Chicago Bulls also rate pretty high here still. A lot of older fans go for the Celtics, the Spurs. The Philippines is such a great market with a lot of true blue fans,” Singson says, “The teams tell us that the Philippines is usually among the top five on their site. Like the Miami Heat, the Philippines is the second after the United States. Even the lesser known teams get a huge following from the Philippines.”

The NBA appreciates the fact, however, that past and current success does not guarantee success tomorrow. The relationship with the market has to be continuously nurtured for it to stay strong and for the market to remain loyal.

Thus the conscious attempt, Singson says, to deliver content that fans are interested in, and that content comes in many forms—primarily the live games, and then the specials such as documentaries, talk shows and features on the players.

Another way through which the NBA is reaching out to its Filipino fans is merchandising, primarily through the NBA stores.

The Philippines has four official NBA stores, one of the biggest chains in the world.

The NBA is likewise excited about the prospects of e-commerce, with Filipino fans now able to buy goods through the official NBA online store.

“The objective is to grow the following because not everyone wants to see just the games. Others are more interested in the lifestyle of the NBA, what the players do outside the court, what food they eat. We want to keep the fans engaged,” says Singson, “That is why we use legends a lot because they are such great ambassadors for the league. We bring them out here quite often.”

The legends such as Kobe Bryant also go a long way in boosting NBA’s profile with decision makers in fields outside of basketball, who may consider brand activations with the NBA, riding on its reach and its message of health, fitness and having an active lifestyle.

NBA, for example, has signed a co-branding agreement with insurance firm Axa, which is eager to attract a bigger audience with the help of the popular NBA.

The tie-in there is using the fast-paced action of the NBA to promote its products, on the television side.

These firms follow the long-standing relationships such as that with Alaska, which is the main presenter of the Jr. NBA clinics that help grow the “ecosystem” of basketball, bringing the NBA to life outside the television screen.

Globally, the NBA has active global partnerships with such brands as Under Armour, Adidas, Nike, Gatorade, Tissot and Spalding.

There are indeed numerous initatives in the pipeline and it is in recognition of the importance of the Philippine market that the NBA decided to open in 2016 an office dedicated to the Philippines.

“It is a sign of our commitment to this market. There are a lot more opportunities that we can tap,” says Singson.