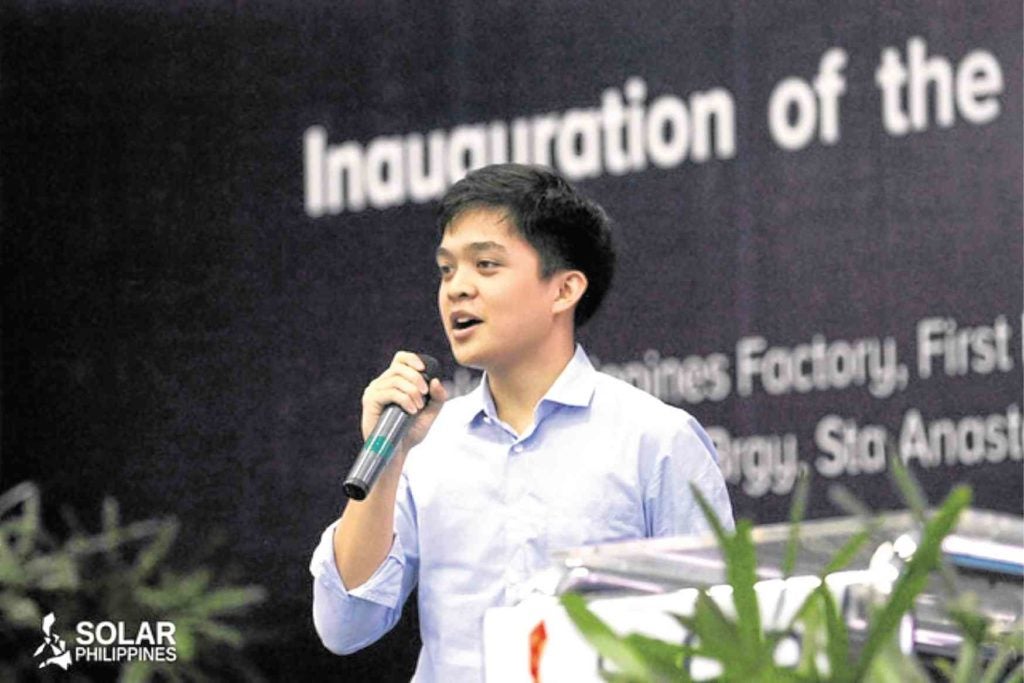 Leandro Leviste is the president and CEO of Solar Philippines, a company he founded in 2013 that has become today’s largest solar company in Southeast Asia.

He shares here the business model and growth strategy of Solar Philippines.

Q: On target market—What made you choose the commercial/industrial segment over the residential segment first?

A: Commercial projects have economies of scale, which help lower costs for residential projects. Installing solar on mall rooftops also raises consumer awareness, and as there are only a few large rooftops, there’s more urgency to move early into commercial.

That said, we believe in the importance of participating in diverse market segments, because residential will surpass commercial in scale in the coming years, and meanwhile, operations in each segment help scale and complement each other.

Q: On value proposition—You offer no upfront investment and guaranteed cost savings vs. Meralco. What competitive differentiation would you want to own before more competition comes in?

A: A Meralco executive once told me, “Only three things matter in our selecting power suppliers: Price, price, and price.”

While other factors are also important, electricity is ultimately a commodity that consumers want at the lowest cost.

By vertically integrating manufacturing, construction, development and operations, we generate solar cheaper than any other power source in the Philippines, lowering the cost of electricity and contributing to economic development.

That said, we believe solar’s strongest value proposition is in provinces that suffer daily brownouts or lack electricity, and instead of merely savings, we offer a whole new experience: the benefits of electricity itself.

By bringing reliable 24/7 power to certain provinces for the first time in history, we address a great need and enter markets where there is less or no competition, as the private sector traditionally neglects provinces in favor of metropolitan areas.

Q: On channel—There are a lot of inefficiencies in marketing solar services. Potential customers don’t get a proposal overnight because of the need to climb and measure rooftops. There is also a lot of time and effort wasted on proposals that are not turned into contracts. How are you addressing this in the pre-sale portion of your distribution?

A: Henry Ford said, “Any customer can have a car painted any color that he wants, so long as it is black.”

Standardizing products and simplifying sales processes is key to scaling solar to every rooftop. Software also enables our engineers and salespeople to serve more customers.

Yet less than 1 percent of Filipino rooftops have solar as of today, and even in the world’s most advanced solar markets, no more than 20 percent of households have switched to solar, even if all would benefit from doing so.

These may consist of “Building Integrated Photovoltaics” (BIPV), like Tesla’s newly introduced solar roof tiles, and solar microgrids which would enable entire communities to go solar together.

Q: On customer bonding—How are you taking care of existing customers?

A: We recently launched a dealership and referral program, and many of the participants are our existing customers. Referrals are the most effective sales channel, and it’s paramount that our customers be satisfied, because the positive experience of early customers is key for solar to become mainstream.

Q: On vision—How do you see Solar Philippines transforming in the next five years?

A: Solar is now the world’s cheapest form of energy, and with storage can already supply the majority of the world’s demand. This makes it possible for countries like the Philippines to lower electricity rates, make reliable power universally accessible, and accelerate their economic development.

We are committed to realizing solar’s potential in the Philippines. —CONTRIBUTED