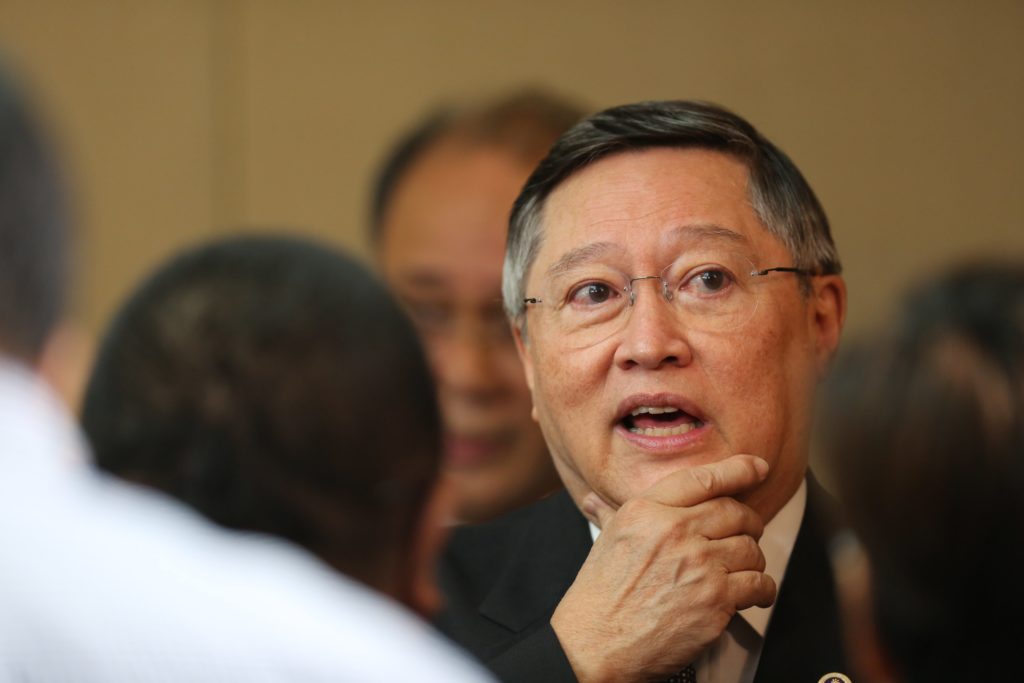 Even as the planned cut in corporate income tax rates will depend on the revenue gains of the second tax reform package, Finance Secretary Carlos G. Dominguez III expressed confidence that investors will understand the government’s thrust of balancing the grant of fiscal perks.

Asked last week if investors could be deterred by the conditional reduction in corporate income taxes, Dominguez replied: “No, I don’t think so. I think it focuses the issue—what do you want: lower income tax, or less incentives that are targeted, time-bound and measured? So it focuses the mind. So if you are a company, you will balance it—do I really need this incentive, or am I better off with lower income tax? So it’s always a balanced approach giving them a choice.”

For the second tax reform package as a whole, Dominguez told reporters that “our plan is always to have two sides of the coin—one revenue raising, one revenue reduction.”

“We will balance it; our approach is always balanced,” Dominguez said, citing the same tack in the Tax Reform for Acceleration and Inclusion (TRAIN) Act, which slashed personal income tax rates but jacked up taxes on consumption.

Based on DOF presentations before industry associations, the second package aims to broaden the tax base by repealing 150 special laws on investment tax incentives and consolidating them into a single omnibus law.

While cutting down on incentives, the second tax reform package will bring down the corporate income tax rate starting Jan. 1, 2020 by 1 percentage point for every reduction in investment tax perks equivalent to 0.15 percent of gross domestic product in 2018 or an estimated P26 billion.

Dominguez said the DOF expects the target to cut the foregone revenues from fiscal incentives to be easily attainable.

The second tax package will also improve compliance by simplifying the tax rules for corporations, including slashing the optional standard deduction to 20 percent of gross income for both individuals and corporations from 40 percent at present; allowing deductions, including net operating loss carryover and depreciation; as well as defining medium and large (on a conglomerate basis) taxpayers.

To avail of incentives, investments must be performance-based, with an independent body or the Fiscal Incentives Review Board (FIRB) to measure it; time-bound, to enjoy five-year income tax holiday and/or reduced rate with no extension except for the capital equipment duty perk; targeted, or based on the three-year investment priorities plan (IPP) covering both local and foreign investors that will serve both domestic and international markets; as well as transparent, with the name of beneficiaries and tax incentives to be reported by the FIRB.

Also among the proposed reforms under the second tax package include a regular review to be undertaken by the FIRB on all tax and other perks given away by the various investment promotions agencies (IPAs).

Under the DOF proposal, the Secretary of Finance can cancel or suspend the grant of incentives upon the review and recommendation of the FIRB, a power that the official does not have at present and currently held only by IPAs.