The size of Vietnamese enterprises is shrinking 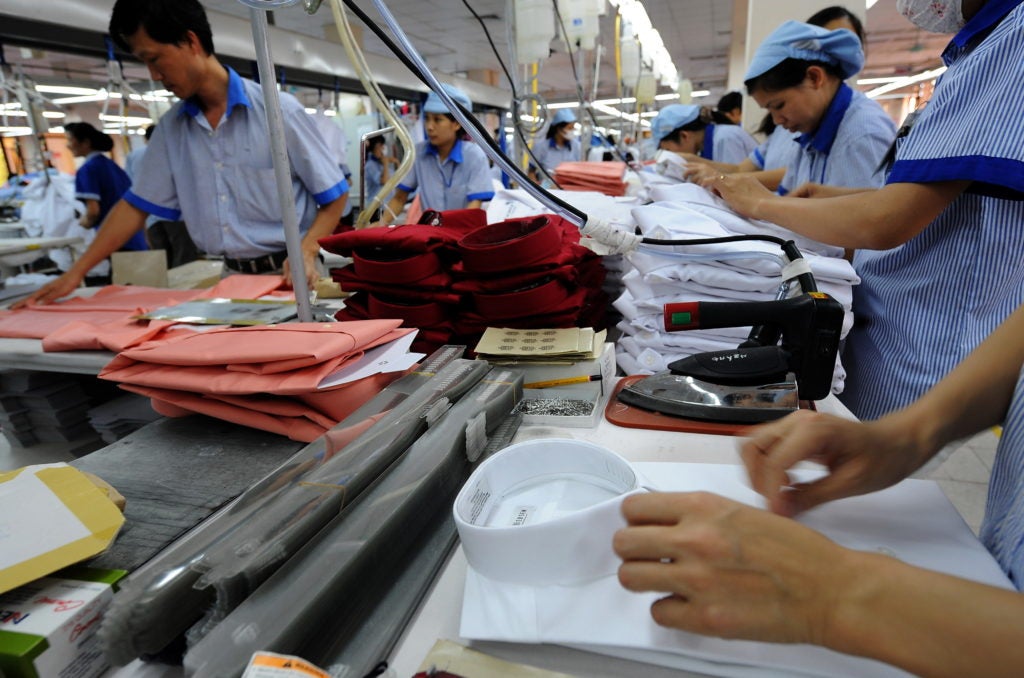 The size of Vietnamese domestic enterprises is shrinking, according to the latest data from the 2017 economic census. Experts said this signals improvements in the country’s business environment.

The General Statistics Office of Vietnam (GSO) said that since 2012, the average number of employees in an economic establishment has dropped from 32 from 27, with the public sector seeing the most drastic cut (now having an average of 20 employees), followed by private enterprises, household/individual businesses and co-operatives.

Nguyen Hoa Cuong, deputy head of enterprise development department under the Ministry of Planning and Investment, said the smaller size of businesses “is an objective reality.”

“Previously, when business activities were difficult and low competitiveness necessitated more employees, now when the business climate has improved, more businesses can actually afford to hire fewer employees while they are still perfectly capable of maintaining their positions in the market,” Cuong said. He added that the ‘shrinking’ of business’ size is a positive indicator of the Government’s efforts to facilitate the economy.

“That micro-sized enterprises accounting for 74 per cent of the total number of enterprises is totally in line with government’s policy to encourage household businesses to convert into companies,” Cuong said.

On the other hand, the size of FDI (foreign direct investment) enterprises in Vietnam, which has been regarded as a major driver of growth in recent years, is expanding by an average of 15 employees per enterprise compared to 2012, according to the GSO.

The number of private enterprises and FDI enterprises has also grown considerably, from 314,600 in 2012 to 518,000 (up 70 per cent), and from 9,500 to 14,600 (up 53 per cent), respectively, while State-owned enterprises are down 20 per cent, in line with the government’s divestment and equitation drive, said Nguyen Trung Tien, head of the trade and service statistics department.

In 2016, enterprises generated a total of VND 17.45 quadrillion (US$768 trillion) in revenues, with an annual increase of 11.9 per cent (lower than the annual investment increase rate of 15.2 per cent) in the previous five years. The non-public enterprise sector continues to record strong revenues, approximately VND 9.76 quadrillion, followed by the FDI sector with 4.81 quadrillion, and finally the public sector with VND 2.88 quadrillion (up 6.7 per cent).

The number of religious establishments of officially recognized religions (Buddhism, Catholicism, Caodaism, Evangelicalism, etc.) in Vietnam in 2017 is 42,700, up 19.5 per cent against the figure from 2012. This growth has been noted as demonstrative of the government’s policies of promoting religious freedom and creating favorable conditions for recognized religions to foster. However, most are small-scale with an average of 3.6 people per establishment, GSO noted.

An economic census is conducted every five years. The last one took place in 2012.

The statistics agency also said that in the near future, the traditional five-year census will no longer be conducted. Instead, annual data will be available by collecting administrative records from localities and State management agencies.

The issue of non-observed economy, or economic activities that are not usually measured by conventional methods and reflected in official data, has been raised following a Fulbright economics expert’s estimation that this economic sector might be as large as 30 per cent of Viet Nam’s GDP.

Nguyen Bich Lam, GSO director-general, agreed that the non-observed economy might have considerable importance to the economy. However, Lam rejected the accuracy of the 30 per cent figure and claimed “a much lower number” as the statistics agency has already taken into account household economic activities as well as certain activities of the informal economy (i.e. xe om driving, unregistered businesses, self-production and self-consumption agriculture households, etc.) in its census.

Lam also said that the GSO has been tasked by the government with measuring the full scale of Vietnam’s informal economy. The project is slated to be submitted to the Prime Minister for approval later this year, he added.

According to the GSO, the informal economy is just one of the five factors making up the non-observed economy, accompanied by underground economy (legal activities that are purposely hidden to avoid tax or evade State management regulations), illegal economy (i.e. drug production and trading, prostitution, casino, etc.), household economic activities, and the unreported (mostly statistical errors or inaccurate data provided by businesses and agencies).

When data from the informal economy is officially accounted for in the country’s economic performance, the GDP scale will be adjusted, which will be followed by the tax rate, public debt ceiling, and government spending adjustments, the head of statistics said, adding that this change will not affect growth rate.