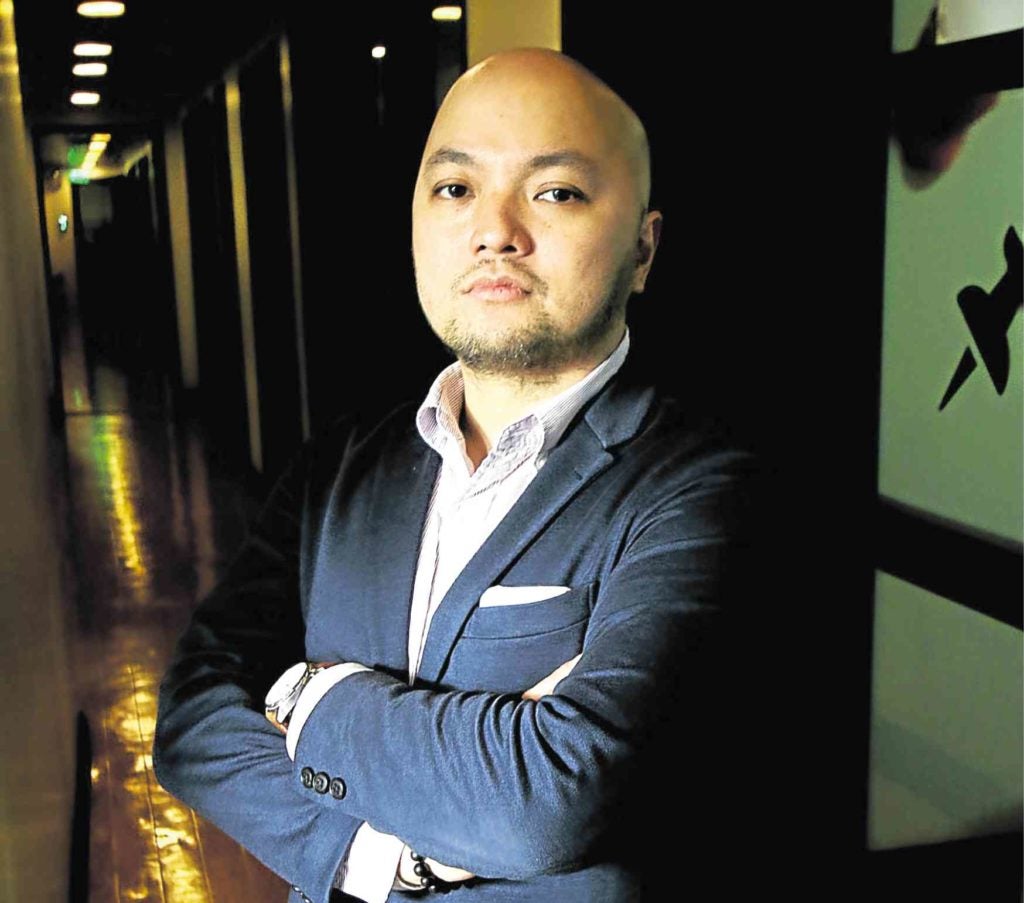 That Peter Cauton, cofounder and CEO of Storm Technologies gave his human resources (HR) software development company such a name seems like a testament to his personal and entrepreneurial journey—he has, after all, weathered some of his worst storms in order to see through the success of his business venture.

“Name the setback, it happened to us: lack of funds, difficulty landing clients, wrong marketing approach, hiring terribly misaligned employees,” says Cauton, 42. “When I think about it, it’s a miracle we survived long enough for Storm to start to scale.”

Storm’s online benefits marketplace, called Storm Flex, gives employees the option to convert their leave credits into points, which they can then use to buy whatever is available on the platform. The process begins at the start of the year, says Cauton, when employees can “enroll” their benefits into Storm Flex. If one, for example, has no plans of going on vacation for that year, he or she can already exchange, say, five days of vacation leave credits for points.

It is up to companies to set the points’ monetary equivalent, Cauton says.

“Unused vacation leave credits of an employee can be valued at P2,000 per leave, so converting one [credit] will give the employee 2,000 points, which can now be used to buy items in the benefits marketplace,” Cauton explains. “Research shows that when benefits are given as cash, employees start associating it with their salary, making them value their benefits package less. The key insight here is to keep salary and benefits separate in the minds of employees, which is why benefits are converted to points, and not peso.”

Over 15,000 benefits are available on Storm Flex—and these could be anything: fitness related books, apparel for the health buffs; a Netflix subscription; medical equipment; a spa package.

“If you have five kids, like me, you can take your family on a trip, buy extra insurance, or buy toys for the kids,” Cauton says.

The idea for Storm Flex was born out of Cauton’s frustration at how limited the benefits packages were across almost all companies here in the country.

“There just would be one benefits package for everyone in the organization, regardless of level, background, or lifestyle. Usually, the allocation would increase when you go up the ranks—let’s say, more vacation days when you become a manager—but the core benefits package was really standard and one-size-fits-all. This lack of internal differentiation is a problem, of course, especially with workforces growing much larger and much more diverse,” says Cauton, who has worked for companies such as IT consulting firm Iberpacific, Unioil and Chikka.

He says he was led to the HR career path by initially working in another field: Education.

“[It was] an experience which I loved dearly. That decision turned out to be really impactful; when I decided to enter corporate life the year after, I wanted the closest approximation to teaching there was in corporate—that would be HR, I concluded.”

He and his cofounder actually started working on Storm in 2005, right after graduation, but Cauton says he wasn’t able to get into it full-time as his family was then facing a huge financial problem, with both his parents out of work.

“Both my brother and I had to step up to be the breadwinners of our family,” says Cauton, who also has a younger sister. “I was subsisting on a smaller portion of my salary because I had to contribute to the family pool. In retrospect, these times laid the foundation for a lot of my entrepreneurial values. I learned the value of money and practicality, of spending within my means. I also learned what it was like to not depend on money: that I can live on a much smaller monthly budget than I thought I could.”

Fast-forward to three years later in 2008, when Cauton had to deal with another problem: Storm was, in his words, “basically dying,” and his cofounder had expressed his desire to leave the company, of which Cauton was still part-time CEO.

Leaving a stable corporate job meant his income would be cut by 85 percent, he recalls.

“In a lot of ways, 2008 was the worst time for me to think about leaving my corporate career: It was the global financial crisis; my savings got wiped out when I lent it to someone I trusted who then disappeared; I had two families to feed (Cauton had just gotten married and had his first child),” Cauton says. “All my wisest friends told me to wait the crisis out before trying something like this. But God had other plans.”

He says it was through daily prayer that Cauton was finally pushed to take a leap of faith become a full-time entrepreneur.

“I would hear [the song] ‘Dare You To Move’ by Switchfoot wherever I went. The small voice I initially heard gradually turned into a daily invitation,” he says.

By 2012, Cauton had reinvented Storm into the online benefits marketplace developer it is today.

When it was first established in 2005, Storm was a software-as-a-service company which offered a flexible reimbursement system, where employees could convert their unused benefits into credit, spend, from their own pockets, on benefits of their choice (in spending categories pre-approved by their employer), and then submit the receipts for reimbursement.

Back then, Storm was surviving merely on subscription fees.

“I decided to raise the money through angel investment [to create the benefits marketplace]. Since we had a ton of traction at that point with several clients on our roster, and because we were profitable, it wasn’t such a big hurdle to get people who were interested,” he says.

In 2015, Cauton received over $4 million Series A funding from tech firm Xurpas, Inc.

Cauton says they’ve received great feedback from these clients, who have expressed happiness in the system’s ability to help them innovate when it comes to employees’ benefits packages.

Aside from Storm Flex, the company also created Storm Kudos, which is focused on creating a different kind of rewards or incentive program for employees. Flexibility, again, is its value proposition.

“In the Philippines, incentives in kind are used to supplement cash incentives. Companies give watches when people hit 10 years tenure, or beach resort trips or iPhones when you hit sales targets. Again, the problem here is that the system is one-size-fits-all,” explains Cauton. “Awards could be anything that’s used to incentivize desired behavior, ranging from sales targets, tenure, to being barista of the month. Awards could also be designed to have a points value or not. Whenever an employee exhibits a desired behavior, Storm Kudos awards him or her with points on the system which could be used on our marketplace. Employees can then select the exact items they want, instead of being force-fed awards.”

The next step, says Cauton, with Storm being the only HR tech firm offering an online benefits marketplace worldwide, is to, well, go global.

“In the next five years, you would definitely find Storm operating in Southeast Asia,” he says.