Fattening the bottom line with keto 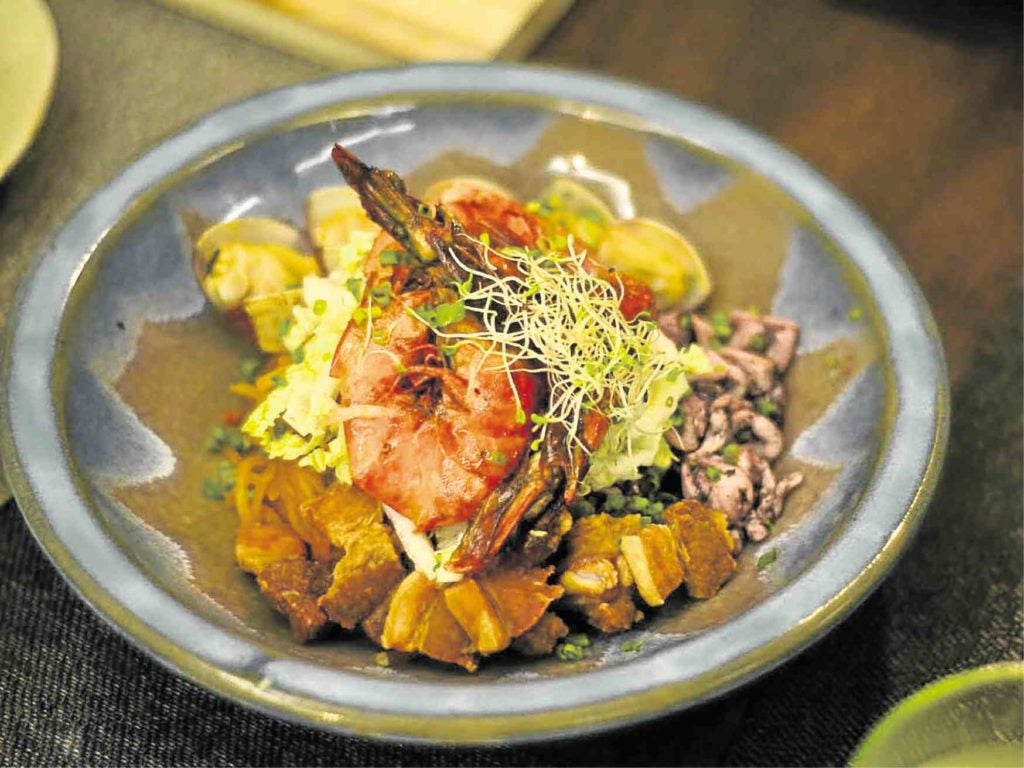 We’ve rung in the New Year, and with it resolutions to, again, lose weight. Keto is the latest craze, or the low-carb, high-fat ketogenic diet—and three entrepreneurs attest that not only does it improve your health, it’s good for business, too.

Gourmet Gypsy Art Cafe’s chef Waya Araos-Wijangco, Sugar Fix’s Jette Po, and coconut product trader Chriz Valdez are three businesswomen who have recently been “ketofied.” The story starts with Wijangco, who started herself on the diet March last year, and a month after began serving keto-approved food in her restaurant.

“When I started posting food I made for myself on Instagram and Facebook, people started requesting me to put the items on our menu,” says Wijangco, whose restaurant is also a social enterprise—30 percent of her staff are comprised of people with special needs who studied in Open Hand, a school which she founded in 2011 specifically to equip such individuals with the necessary employment skills. 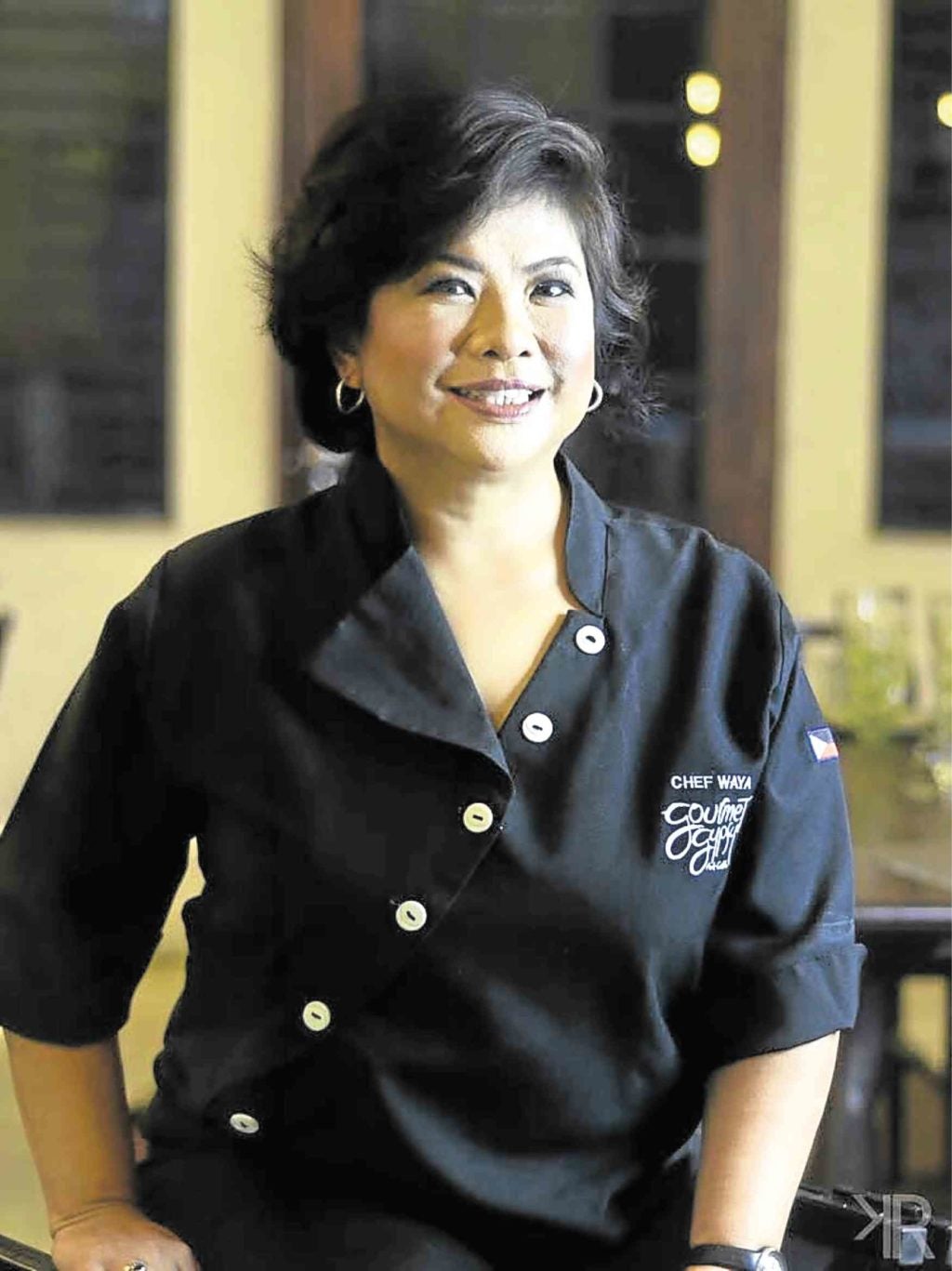 Wijangco, who is at risk for diabetes, says she decided to give keto a shot after learning that a friend’s diabetic husband was able to get off insulin shots because of the diet.

“I found out that it is also effective for managing symptoms of polycystic ovary syndrome (PCOS), which my daughter had,” she adds. “[My daughter’s] symptoms were all controlled without any medication, just food. My blood sugar, [which] used to be on the high side, is now normal; I enjoy increased alertness and mental clarity, weight loss, better skin, lower blood pressure.”

The ketogenic diet is not new; it was introduced in the 1920s as treatment for epileptic patients, but has since gone out of fashion because of the invention of more powerful anticonvulsant drugs.

The diet puts one’s body in a state of ketosis; by increasing greatly one’s fat intake compared to carbohydrates (the general breakdown should be 75 percent fat, 20 percent protein, 5 percent carbs), the body uses fat as its primary fuel source instead of glucose. Glucose is found in carbohydrates, which are, in a typical diet, the first to be burned by the body for energy. The moderate amount of protein supports weight loss and one’s metabolism. 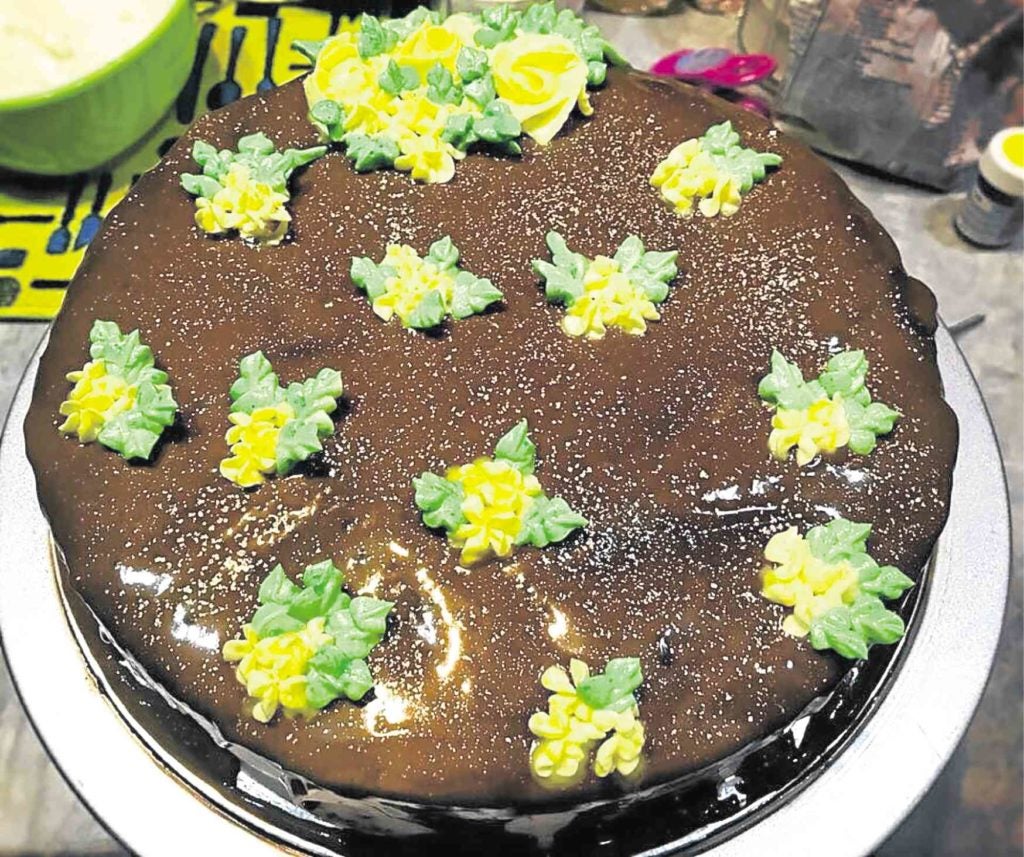 During ketosis, the body produces molecules called ketones. As one continues on the diet and more fat is burned for energy instead of glucose, “ketone bodies” are produced, and these help bring down blood sugar levels; one experiences weight loss, too, because of the body now burns more fat than glucose.

With this in mind, Wijangco ketofied her menu by removing extraneous starches and sugars while still sticking to Gourmet Gypsy’s “global gourmet cuisine” concept. Standard side dishes were removed from main courses to allow people on keto to pick which ones they wanted: regular rice, cauliflower rice, salad or other greens.

It didn’t take long for Wijangco’s keto dishes to pick up, and soon she saw more health-conscious folk entering her restaurant’s doors. The demand, she says, increased dramatically toward the end of last year.

“In the beginning, our customers for keto were younger yuppies seeking to lose weight. Lately we have seen our market grow more senior and more diverse. We get a lot of diabetics, cancer patients, and serious health advocates. We have a lot of TV and movie personalities as customers, too,” she says. 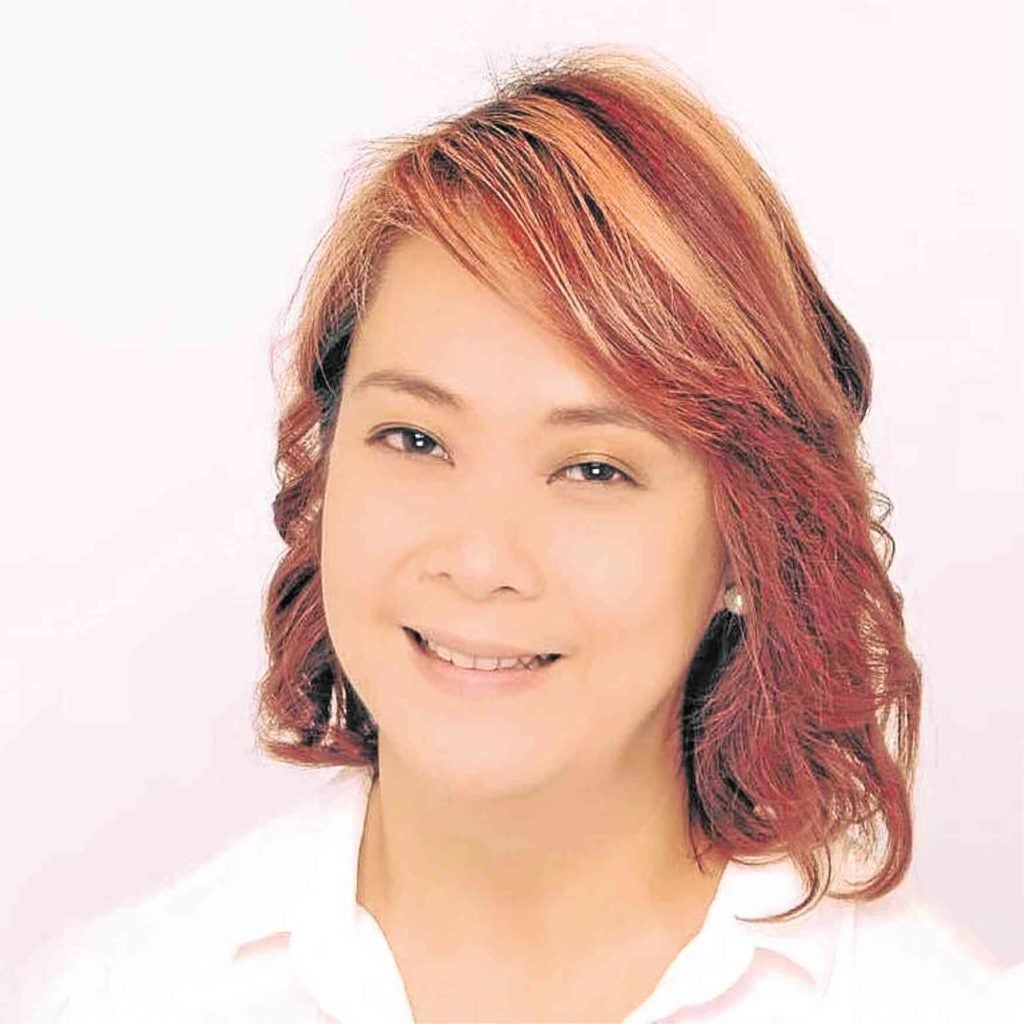 It was because of Wijangco’s influence that Sugar Fix owner Po—a dentist by profession and a part-time professor with a PhD in Molecular Biology, concentrating on oral pathology and cancer research—decided to give the keto diet a shot as well, which eventually led to her changing up her menu to make it keto-compliant.

“[Wijangco] knew I was struggling with my diabetes and hypertension, and she knew I kept on doing these other diets and exercises in order to control my weight and condition,” says Po.

As Po’s diet changed, so did Sugar Fix’s menu—from a cafe serving just regular desserts and drinks, it now has a keto-approved selection.

“[The keto-compliant desserts are] low in carbs, owing to the fact that they don’t use regular flour. Instead of regular sugar, we use sugar substitutes, making these desserts sugar-free,” says Po, whose family opened Sugar Fix in November 2016. Some of these ketofied desserts, which are based on Po’s mom’s original recipes, include sans rival, buko pandan silvanas, Coffee Caramel Cloud cake, Choco Mallow cake, Browned Butter cake, Japanese Matcha Cheesecake, Italian Ricotta Blueberry Cheesecake, and Lemon Drop cookies.

The cafe also serves all-day breakfast meals, such as keto longganisa with cauli rice and eggs, and keto versions of popular frappes. 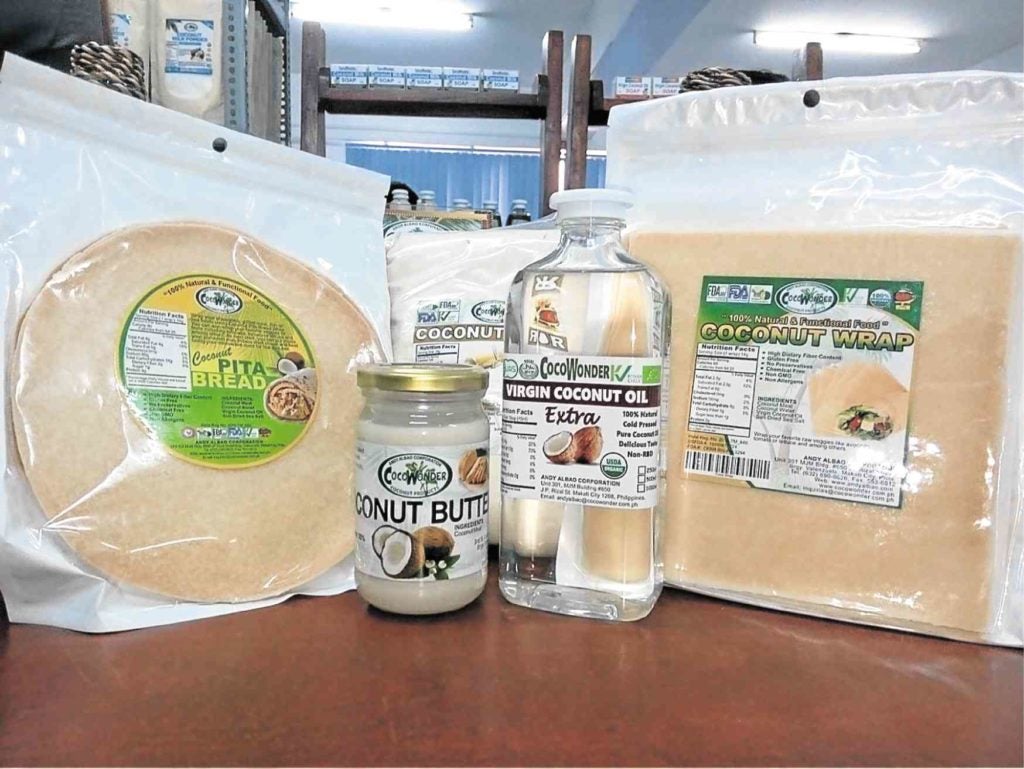 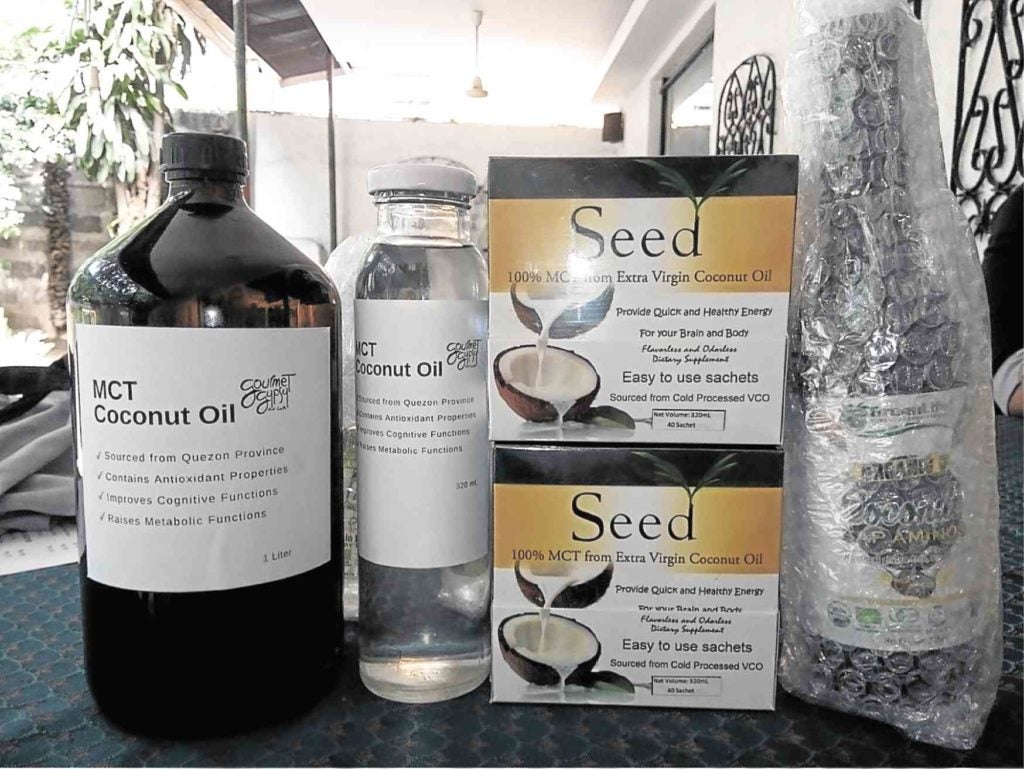 As with Gourmet Gypsy, Sugar Fix has also seen a steady increase in demand for its keto products, says Po. “These kind of desserts suits not only people who practice low-carb dieting, but also people who have health problems like diabetes or gluten allergies. I think the demand is not going to wane anytime soon, as keto addresses not only weight loss, but also seems to be the answer to several kinds of health issues.”

One of Sugar Fix’s regulars is Mae Paner, popularly known as performance artist Juana Change, who has shared in TV interviews how the keto diet helped her shed the pounds and improved her overall health. She was also one of the reasons why Valdez, coconut products trader, decided to get into the business of keto.

“A good friend, Napo Beltran, asked me to sell coconut butter and introduce virgin coconut oil (VCO) to Paner and their group. At first I was hesitant, because I don’t sell VCO in retail; I sell by the ton. “[So] I asked him why? He told me [that] they are doing this low-carb, high-fat diet,” Valdez recalls. VCO and coconut butter are both keto-approved food, and Valdez gladly agreed to sell these at retail price. 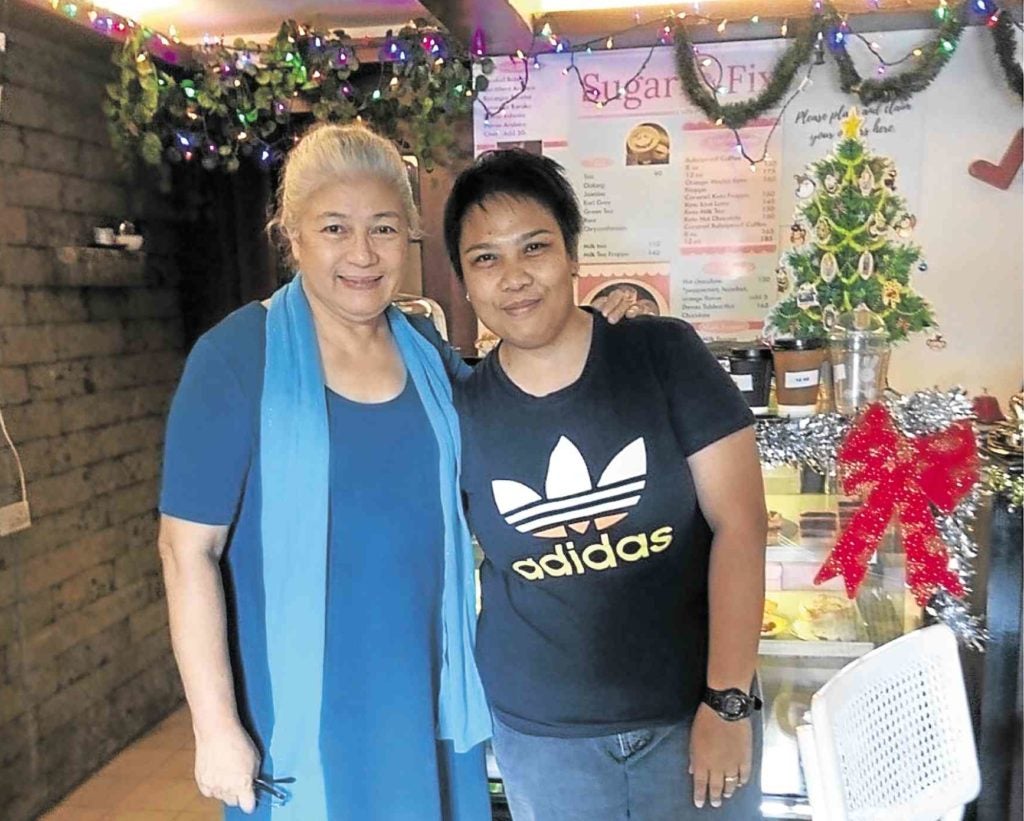 She supplies to both Po and Wijangco, as well Paner and other notable personalities such as Ricky Davao and Lui Quiambao Manansala. Valdez, naturally, is now on the diet herself.

“I have PCOS, psoriasis, sleep apnea, and fatty liver, but [all these] became manageable when I started keto. I’ve also lost weight,” says Valdez.

Just like Po and Wijangco, Valdez believes keto is a diet that is here to stay for the long haul because of its positive effects on one’s health. And while all three also agree that the diet has boosted their respective businesses, they choose not to focus on sales figures, but how they are helping their customers.

“The increased awareness [on healthy eating ] is a good enough sign for us that people are more and more willing to get into healthier lifestyles,” says Po.

She adds, however, that as with any diet, medical supervision and monitoring is initially recommended, “especially for those with special conditions, as the percentage of consumed fat recommended during the induction phase may have to be tweaked.” The diet can also be restrictive, leaving one moody and tired because of the drop in blood sugar, according to some literature; one may also experience the “keto flu” during the transition period.

And with fat usually being equated to high cholesterol levels, Po stresses that she and other keto diet regulars advocate for the consumption of good fats and good carbs.

“We avoid refined sugars and starchy food, and eat vegetables like cauliflower and green leafies, which actually contain carbs,” she says. As for fat, Po says animal fat is okay, as well as other sources such as nuts (almond or pili), butter, olive oil, VCO, and avocado. Trans fats in processed foods are a big no-no.

“Keto has made us disciplined in the way we eat. Many of us read food labels now, and we are more conscious of the ingredients used in the food we buy,” adds Po.