Japan pledges $1.26B in grants, soft loans for infra projects 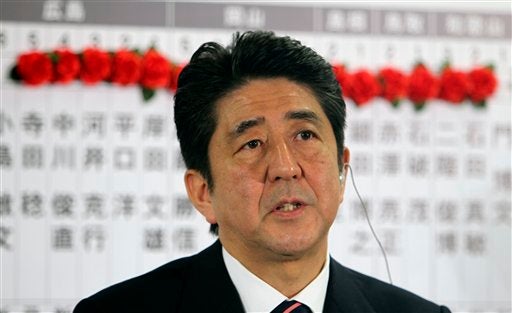 As the Philippines under President Duterte strengthened ties with its neighbors, it secured $1.26 billion in commitments from Japan last year mainly to finance infrastructure projects, the Department of Finance said Thursday.

The grants and soft loans pledged by the Japanese government in 2017 formed part of the 1 trillion yen (about $8.8 billion) in investments as well as official development assistance earlier committed by Japan Prime Minister Shinzo Abe, the DOF said in statement.

On the sidelines of the 31st Association of South East Asian (Asean) Summit in November, meanwhile, Abe and President Duterte witnessed the signing of several agreements worth a total of 132.33 billion yen (about $1.18 billion).

One of the agreements signed during Abe’s visit to Manila included an exchange of notes for the 104.5-billion yen (about $929.1-million) initial tranche of loan to build the first phase of the Metro Manila Subway Project connecting Quezon City to the Ninoy Aquino International Airport.

The Philippine and Japanese governments also signed the 9.399-billion yen (about $89-million) loan for the third phase of the Arterial Road Bypass Project in Bulacan; as well as the 2.5-billion yen (about $22.2-million) grant for the Non-Project Grant Aid for the  Economic and Social Development Program, which the DOF said “will benefit the Philippine Coast Guard’s anti-terrorism efforts and the Department of Public Works and Highways’ quick rehabilitation program for Marawi City.”

According to Dominguez, the President’s pivot towards Asia “led to numerous opportunities for the Philippines in 2017, not only in terms of concessional financing, grants and aid from Japan for the Duterte administration’s priority programs, but also in terms of business deals.”

Read Next
PEZA firms urged to source raw materials from local sources
EDITORS' PICK
Diokno to Duterte: OK to make fun of buck tooth, but focus on people’s needs first
10 Filipinos positive for COVID-19 in UK, 7 in Ireland — envoy
Quick chat with Nicole Andersson: ‘You really don’t need much to be happy’
Nograles: Cabinet members to donate 75% of monthly salary to aid COVID-19 fight
IATF to LGUs: Issue ordinances vs attacks on frontliners, COVID-19 patients
Robredo spox thanks Duterte for defending VP’s efforts vs COVID-19
MOST READ
Gov’t mulling quarantine period extension of 15-20 more days
Sotto on Isko Moreno’s call: We do our job without the media following our every move
Cook more and eat less: Tips on your quarantine diet
ADB warns PH against prolonged lockdown
Don't miss out on the latest news and information.

Cook more and eat less: Tips on your quarantine diet