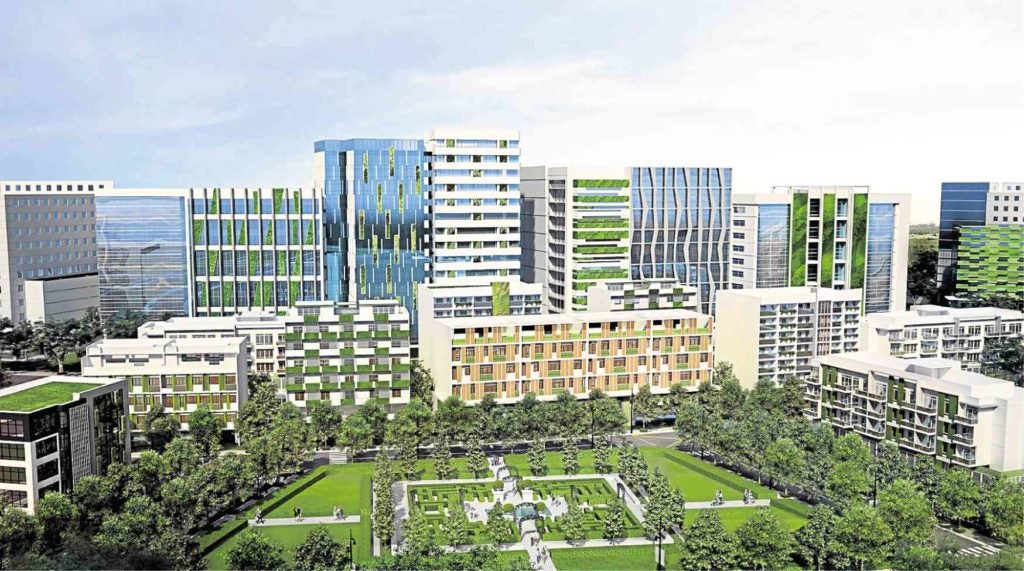 There has been a greater acceptance of condominium living in Metro Manila over the past several years.

There remains but a faint resemblance between the Metro Manila of today, and that of 32 years ago.

Understandably so, as the landscape and the city skyline in the metro have changed so drastically and substantially throughout the last three decades, which were marked by boom and bust cycles, the onset of new trends, ideas and designs, as well as the entry of more players, among others.

For instance, what was formerly a wide expanse of a military base being auctioned off by the government, has now become the newest central business district in Metro Manila called Bonifacio Global City—now bustling with its premier mix of residential towers, mall and entertainment complexes, world class offices, and scores of retail and dining destinations.

Within those 32 years, a mothballed power facility was meanwhile transformed into a thriving, self-contained community that remains to be the most coveted address in the metro, and which continues to command the highest prices for residential units.

The Rockwell Center, which covers more than 15 ha of prime land in Makati, is now home to some of the most upscale residential towers in the country, an office offering a modern, elegant workplace, and Rockwell Land’s own hotel brand called Aruga. 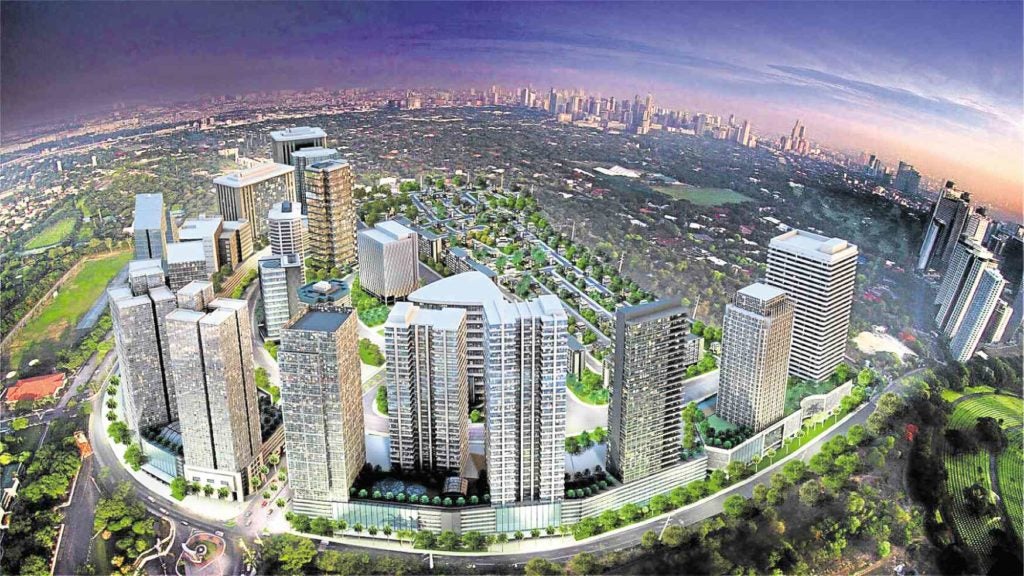 Local developers recognized that the middle class’ housing requirement is untapped, and have thus shifted condo development towards affordable options.

And those are just two examples.

One of the country’s top mall developers marked its presence there when it introduced the first Olympic-size skating rink and the first IMAX theater in the country, along with one of the biggest indoor venues in the metro, known for its eye-shaped and all-glass façade.

A shifting preference for condominium living and the growing demand for offices, spurred mainly by the influx of outsourcing and offshoring companies in the Philippines, paved the way for a full throttle expansion of high rise residential projects across the metro, most of which are ensconced within their respective masterplanned, sustainable communities.

No single factor can, of course, be pinpointed to have caused all these huge transformations and massive redevelopment that Metro Manila has seen in the last 32 years. If anything, a confluence of events have helped define and reshape the landscape that we’ve come to know today.

Here are a few key points which, according to some of the country’s leading commercial real estate services firms, can be considered as the most significant turning points and challenges that have had an impact on the Philippine real estate industry.

The liberalization of selected industries under the (former President Fidel V.) Ramos administration led to the expansion and entry of more firms engaged in key industries such as telecommunications, interisland shipping, and banking.

This policy had a positive effect on office space absorption during the Ramos administration.

The office sector was greatly affected by the regional and global economic meltdowns, particularly during the 1997 Asian financial crisis and the global financial crisis of 2007-2008. From the bitter experience of 1997 to 2002, the development community in the country learned the necessity to quickly turn off the office supply tap.

Similar to other economies, the Philippine property sector is highly cyclical and is susceptible to periods of expansion, overbuilding and a subsequent crash and price correction.

These cycles were prevalent in the ’80s during and after the Marcos era, and during the Ramos administration in the ’90s which saw the Asian Miracle followed by financial crisis of 1997.

We’ve observed that real estate prices would become inflated because of speculative demand, and developers would typically overleverage themselves to fund their projects.

Once a correction occurs, the real estate market would come to a halt, oftentimes leaving projects unfinished, as the country had seen after the 1997 Asian financial crisis.

But the real estate sector has been growing since the early 2000s due primarily to rising household incomes and an unmet demand for housing. Mainly driven by remittances from overseas Filipino workers (OFWs), the housing sector has been on an upswing, dipping only momentarily during the global financial crisis (GFC) of 2009.

Unlike the previous real estate booms which were then fueled by speculative buying, the current demand for housing comes from the end user, who now has the means to purchase housing. 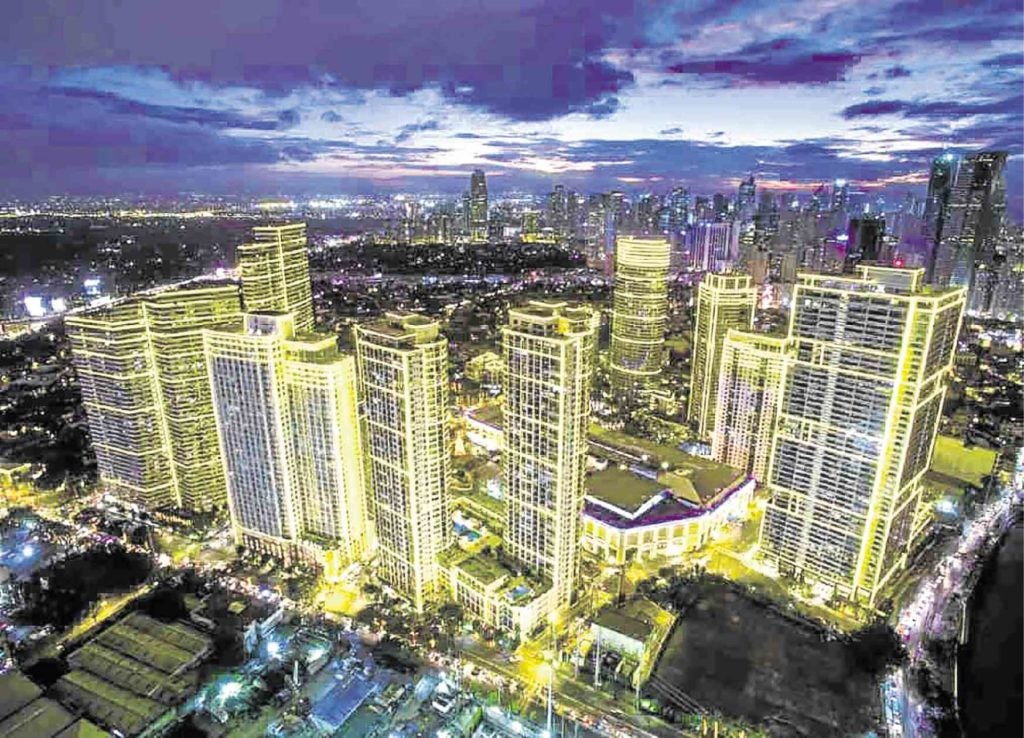 A mothballed power facility was transformed into a thriving, self-contained community that remains the most coveted address in the metro.

Local developers have also recognized that the middle class’ housing requirement is largely untapped. These developers have thus shifted condominium development towards more affordable options. The middle class families’ disposable incomes have grown steadily over the years, propelling the demand.

Local property developers have also been more reliant on pre-selling, where project construction does not commence until a certain percentage of units have been sold.

To a certain extent, this insulates the property developer from a sudden downturn since it does not spend on construction until sales are somewhat assured.

The Asian and global financial crisis have also compelled the central bank to strengthen oversight of banks’ real estate exposure. The country’s central bank adopted stress testing, and one specific form of stress test is the Real Estate Stress Test.

Over the years, we’ve seen greater acceptance of condominium living in Metro Manila, with the residential segment peaking in terms of launches and take up in 2012.

But a perennial problem in the country is the lack of housing.

After more than three decades and five administrations, this remains a complex issue. We attribute this to the high poverty levels and unabated population growth in the country. This is also due to the lack of financing options for those at the lower income levels.

Among the most significant events and turning points that have helped shaped the landscape of the Philippine real estate industry include:

The local coup in the late ’80s shook the property scene;

The Asian financial crisis that crippled the region;

The global financial crisis that rocked the entire global ecosystem;

Concept of minimalism and simplicity;

Evolution of design that challenges developers to create efficiencies for long term growth;

The synergy between technology and digitalization blending with the concept of a great place or community; and

Soon, the introduction of the sky floors that create vertical hubs several stories above the traditional ground floors.

These game changing developments are here and will stay. The key is for developers to embrace them or they will sink.

The advantages of developers yesterday will inevitably be replaced by the innovations of tomorrow. And if competitors do it right, traditional developers will fail even if they don’t have to do anything wrong.

The strong financial liberation and economic reforms from 1987 to 1996 had attracted more capital inflows, thus placing the Philippines at that time as an economic powerhouse in Asia.

However, the 1997 Asian financial crisis derailed the growth in economic activities, which saw a drastic drop in the country Philippines’ gross domestic product (GDP) then to a worst of -0.6 percent.

It affected the Philippine property sector, which saw the biggest property price fall roughly to about 18 to 20 percent, as compared to other affected economies in Asia.

Despite the challenges posted by the 1997 financial crisis, office supply remained high with a 22 percent increase from 1997-1998.

In early 2000s, the strong programs and onset of BPO industries coming in the country increased the demand for office space. Thus, expanding the demand drivers from traditional companies to information technology, call centers and services related to the industries with application of technology.

In 2001 and 2003, office supply improved 14 percent and 5 percent respectively compared to its previous years. The demand then waned and the economy weakened during the global financial crisis in 2008.

The prices of steel and cement in the world market increased, which pushed up the construction cost. Despite this, the supply remains high at an average of 360,000 annually.

These buildings were actually started since 2003 to 2004 when developers gained confidence in building more developments.

The Philippine economy bounced back stronger from 1.2 percent in 2009 to 7.6 percent in 2010. This boosted investor confidence, which was reflected with the sporadic construction of condominium, commercial and office buildings.

The most significant events that have helped shape the landscape of the Philippine real estate market is the 1997 Asian financial crisis, the emergence and growth of the BPO industry and the onslaught of Typhoon Yolanda.

The financial and banking crises that struck most Asian countries in 1997 had affected their respective real estate sectors, and we think that this was one of the single most important event that have helped shape the landscape of the Philippine real estate industry.

As an emerging economy, the Asian crisis showed the different types and levels of risks that the local real estate industry is exposed to, be it financial, political, and global risks.

As an offshoot of the direct effects of the Asian financial crisis, the government provided a legal mechanism to transfer the bad or non-performing loans of banking institutions to a separate entity called, special purpose vehicle (SPV), which is also a privately-owned asset management company (AMC).

Idle assets and properties were then later developed as new emerging urban districts and other landmark developments.

Probably the most significant effect of the Asian financial crisis in the Philippine real estate industry is to put into the fore the broader issues that the sector still needs to address: better market regulation, greater transparency and improved corporate governance.

The growth of office space demand generated by the BPO segment have helped in alleviating the oversupply situation back in the early 2000s, especially in Makati and Ortigas central business districts (CBDs).

Over the last 10 years, the annual demand coming from the BPO and offshoring & outsourcing (O&O) sectors is averaging at more than 400,000 sqm. Moreover, the high growth of demand coming from BPO/O&O industry has encouraged the development and growth of new urban centers even outside Metro Manila.

The onslaught of super-typhoon Yolanda in 2014 has created a new awareness towards disaster-proof and sustainable urban planning.

The awareness created by the impact of super typhoon Yolanda called for more comprehensive urban planning that should address disaster-prepared and sustainable community designs and practices.