A run in paradise 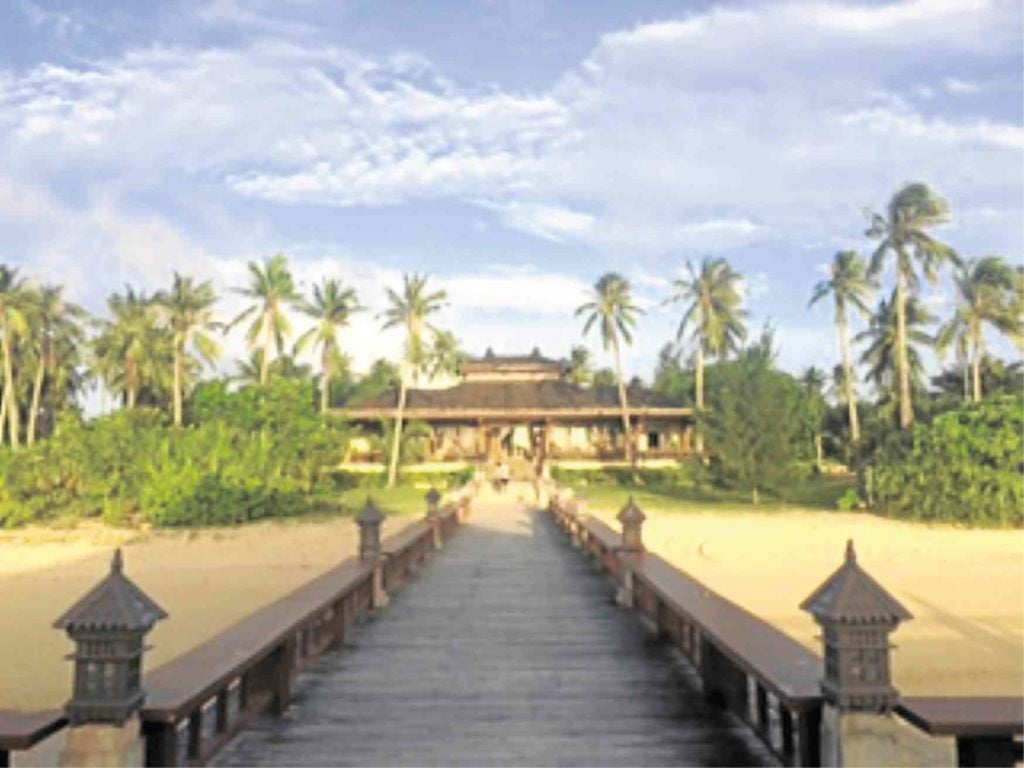 Balesin is a cashless, members-only island club in the Quezon province, billeted as one of the most premium and exclusive in the country.

On Nov. 25, I covered the inaugural Balesin Adventure Trail Run, a “destination run unlike any other.”

“Luxurious” may seem like a peculiar word to describe an adventure run, but it was the one chosen by organizers Alphaland Corp. and RunRio Inc. to promote the 21K and 5K races, which featured rugged, uneven terrain—made even more spartan by an onslaught of rain the morning of the event.

I was keenly aware however that participants, who paid no small fee—the cheapest package, inclusive of three days on the island, was P19,600 per person—were paying for more than just a run. The fee afforded them something more, as potent as it was elusive: access.

For those unfamiliar with Balesin, it is a cashless, members-only island club in the Quezon province, billeted as one of the most premium and exclusive in the country, with a membership fee in the millions. 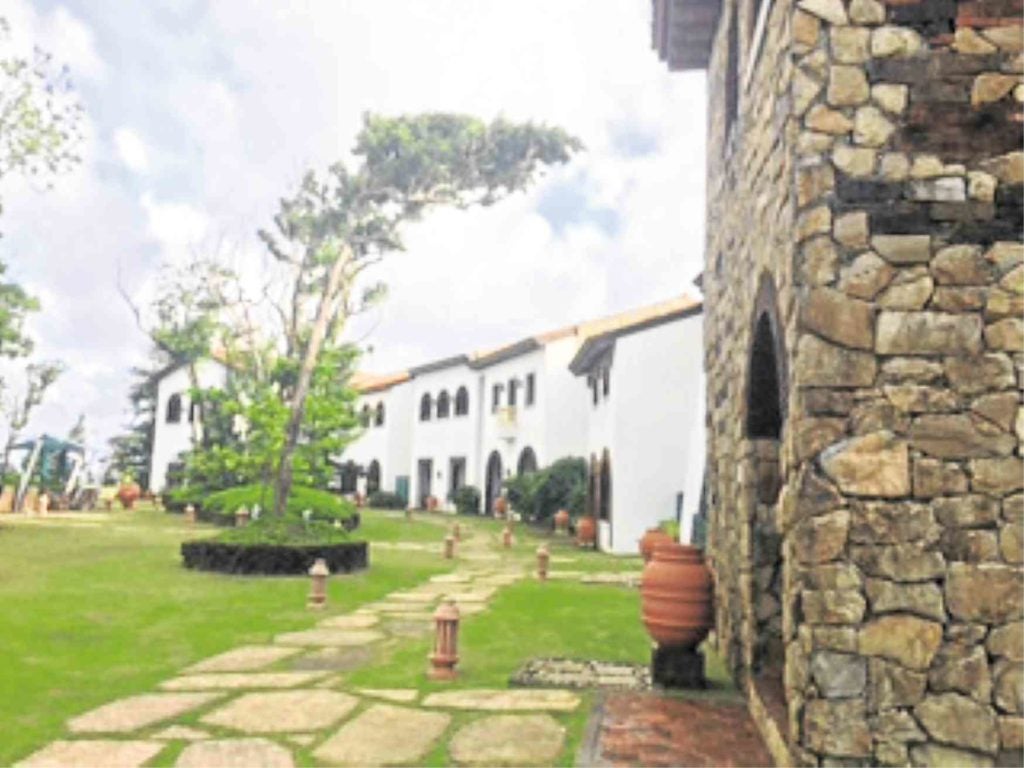 Balesin’s defining feature is its seven coastal villages, modeled after a list of posh destinations.
Photos by Matthew Reysio-Cruz 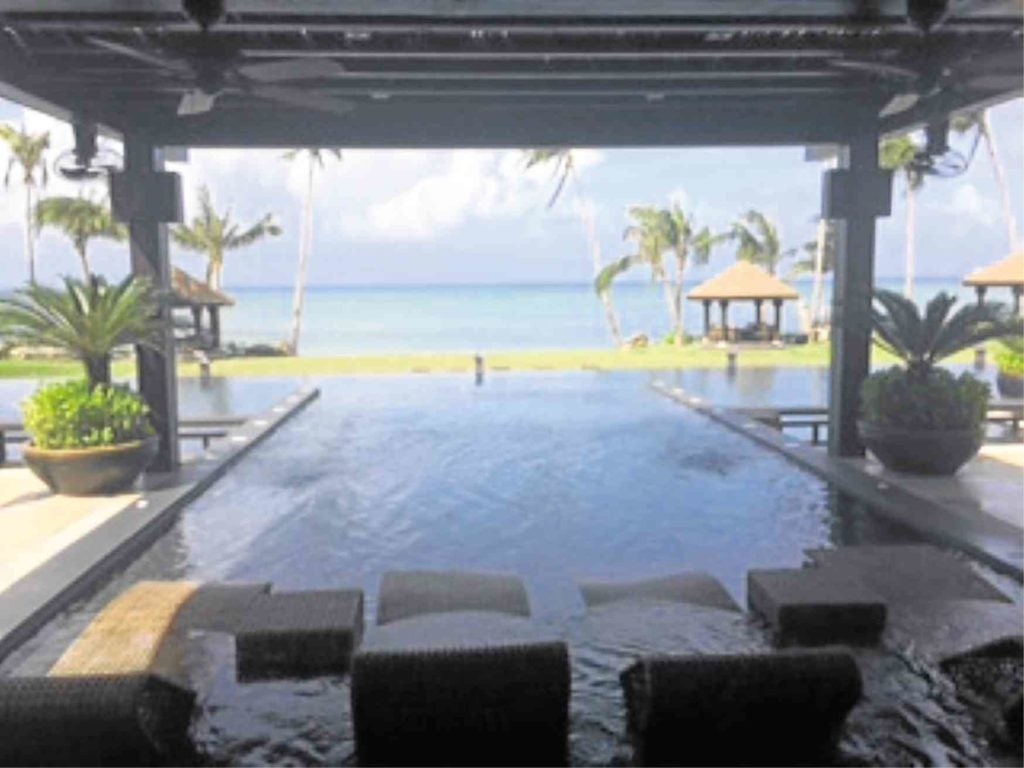 Balesin’s defining feature is its seven coastal villages, modeled after a list of posh destinations that could capture the imagination of even the best-traveled among us—Bali, Indonesia; Costa del Sol, Spain; Mykonos, Greece; Phuket, Thailand; Toscana, Italy; St. Tropez, France; and, with the Philippines as inspiration, a distinct Balesin village.

Marketed not just to runners and sports enthusiasts but also “globe-trotters,” there was little doubt that the star of the event was the island itself, opening its doors for one quick weekend to the paying public. The race occupied only one morning of the three-day, two-night stay, leaving plenty of time to meander about the curated properties dotting the coastline.

The concept behind Balesin sounds kitschy, but it works. This is in part because it’s so tastefully done (all the furniture in the island is hand-carved by Ifugao craftsmen flown into the island), and also because of the resort destination’s total commitment to its cause.

Like In Costa del Sol, where I stayed, the feeling of being in the Mediterranean isn’t just from the stucco walls and manicured courtyards. You can also taste it, in dishes that run the gamut from paella negra, to chorizo, to Spanish bread. Each village, in fact, has its own restaurant devoted to capturing the striking flavors that are so often intertwined with our experience of a new place. 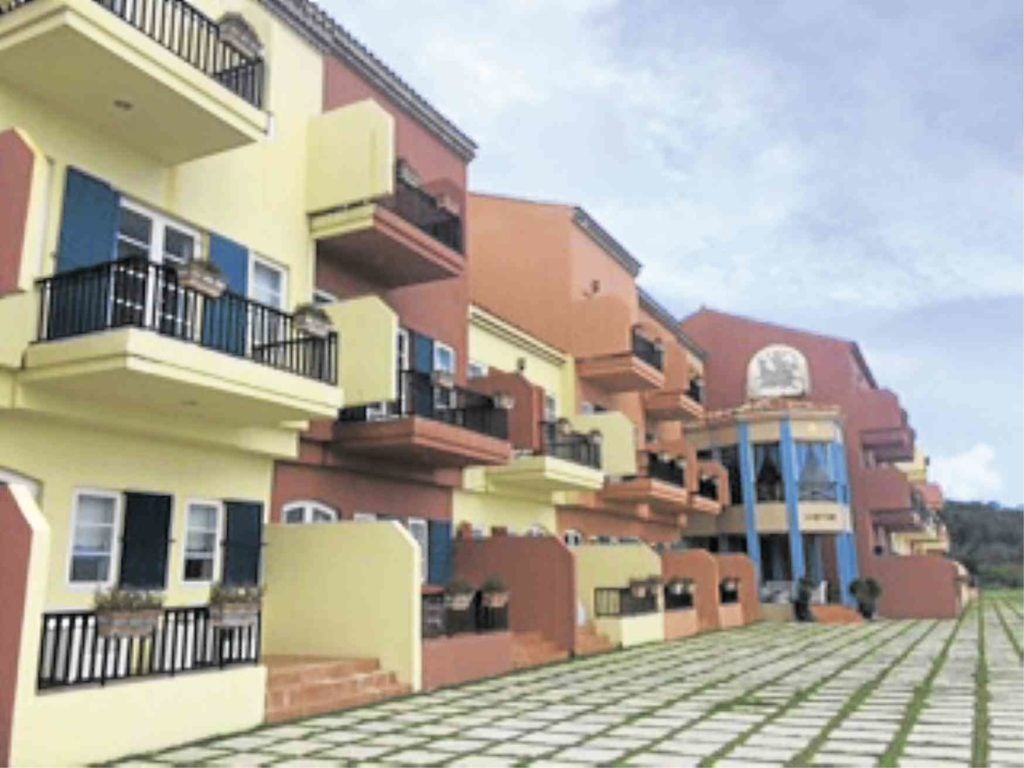 The concept behind Balesin sounds kitschy, but it works. This is in part because it’s so tastefully done

In Mykonos, my personal favorite, it’s not just the iconic blue and white of cliffside Greek towns that was transported by Alphaland to the tropics, but the whole Greek lifestyle, with its serene sense of permanent idleness.

I could imagine myself spending a whole day laying in Mykonos’ stunning infinity pool, which faces the Pacific, but could just as convincingly be staring down the deep-blue Aegean Sea.

The flood of sensations—visual, culinary, even emotional–is consistent throughout Balesin’s villages. St. Tropez’s Instagram-ready pastel hues and umbrella-lined beachfront brought to mind the glamor of the French Riviera.

The terracotta accents and stoned walls of Toscana give the village a feel so gloriously rustic that I could almost smell the world-famous Tuscan wine wafting in the air.

Balesin has some originals as well, like its stand alone Royal Villa, which can fit hundreds of people. As the name suggests, the villa is fit for a king, punctuated with rich fabrics and intricate filigree finishes–not to mention amenities like two swimming pools with jet bubblers and beautiful sundecks.

Want property on the island all to yourself? It’s possible.

For more than P200 million, there is a private villa being primed for sale that comes with its own infinity pool, gaming room, bar, even elevators.

Many of these villages were on the route of the adventure run, which also included large stretches in dense forest (only 9 percent of the island has been developed, as sustainability is another pride of Balesin).

I can only imagine how the runners must have marveled at it all during the race–mentally planning, even before it had finished, their return.