A celebration worth retelling | Inquirer Business

A celebration worth retelling 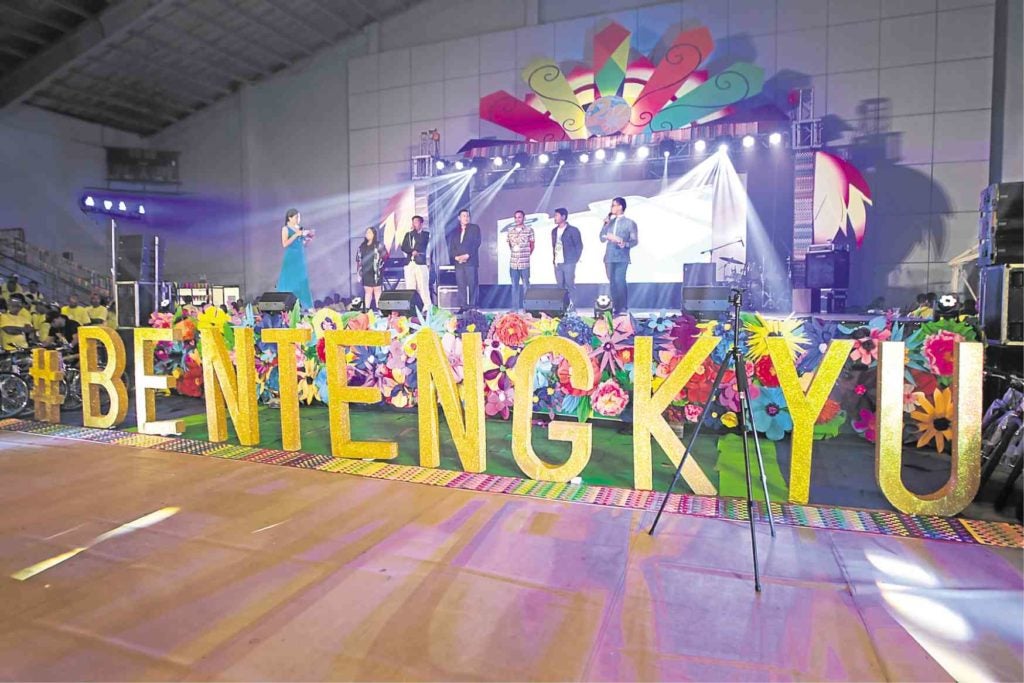 Suntrust Properties’ recent celebration of its 20th anniversary would indeed be an inspiring memory worth retelling.

The overwhelming joy and gratitude that seemed to overflow from everyone who took part in Suntrust Properties’ recent celebration of its 20th anniversary would indeed be an inspiring memory worth retelling.

After all, it was a grand celebration that paid homage to the so-called unsung heroes of the real estate industry—the caretakers, drivers, and construction workers, among others. With such a huge event dedicated to them, these workers ended their day feeling even more inspired to go the extra mile.

A different kind of gratitude and camaraderie can also be felt as Suntrust officials and employees—who had organized this celebration—took time out of their busy schedules to join the workers and spend a whole fun day with them.

Truly, the whole-day affair was one for the books—a memory that each participant will treasure forever, a validation of their worth as part of the Suntrust family, and a rightful recognition of all the hard work they’ve put in throughout the years.

To give you a feel of what transpired during Suntrust’s 20th anniversary celebration here’s what some of the participants had to say.

It was a joyous occasion which, for me, is a once in a lifetime experience because it’s not everyday that we are given the chance to attend an event that’s specifically planned for us.

It’s my first time to attend an event wherein the one who played host was the property developer itself. I just feel so happy and thankful to have experienced this. It was something I’ve never really expected and they made us feel important and appreciated.

I’m just really happy and proud to be a part of this celebration. Suntrust has helped a number of people including myself. As a single parent of three, this means a lot to me.

I never expected the event to be this big and this fun. I am proud to be a part of the organization and in the 10 months that I’ve been
a caretaker, I can already say that Suntrust helped changed my life for the better.

Suntrust has been a huge part of my life and it has allowed me to provide a better life for my children and for that, I will forever be grateful.

This event means so much to me, as it’s my first time to experience attending a party this big and one that’s particularly for us. Again, thank you Suntrust and rest assured that I will continue to give my best in whatever work I do for the company.

I’ve been working as a caretaker for four years now and in those years, I’ve always felt so blessed and important because of the way Suntrust has been taking care of us.

I have three kids and whatever Suntrust has been giving us has been a big help. When I saw how big the event was, I felt surprised and happy—I was really overwhelmed.

I am just really grateful that Suntrust made us a part of their celebration—the recognition that they’ve given us means a lot. Working for Suntrust has changed my life for the better and to have experienced this kind of celebration is something that I will treasure for the rest of my life. In return, I promise to give Suntrust the best of myself.

Again, thank you to Suntrust, especially to the people who made this possible.

I have been an employee of Suntrust for five years now, and I’m happy and proud to be a part of a company that knows how to give back and recognize the role that every individual plays, no matter what the position maybe. I value Suntrust because I can see the effort that they put in to ensure that everyone gets to experience a good life.

I was really happy that they came up with this kind of activity where we, Suntrust employees, are able to share our blessings to the people who helped our company grow.

Now, more than ever, I am proud to be a part of the Suntrust family because as an employee myself, I know how good it feels when you are being recognized and thus programs such as this one really has a positive effect on an individual.

I am glad and happy to say that I am part of this activity and I would also like to thank Suntrust as it allowed me to realize and appreciate how truly lucky I am for having a stable job. Being able to give back and share my blessings to our workers is the best part of this activity.

It’s a very fulfilling activity, as it made us realize how truly lucky and blessed we are and at the same time, just be really thankful that we were given the chance to give back and pay homage to our workers.

While it may sound cliché, this event really showed us how it is more important to give than to receive. This selfless act among Suntrust employees shows how much we value our workers. The pooled contributions and the time that we’ve devoted to ensure the event’s success is actually what made it even more meaningful.

We are just really grateful to be given the chance to share whatever little blessings we have. For us employees, events such as this one help make us realize how good we have it.

And for the workers, they get to feel more loved and see that Suntrust is really different because we go beyond the usual employee-employer relationship by ensuring that actual connections are made and the concern is felt.