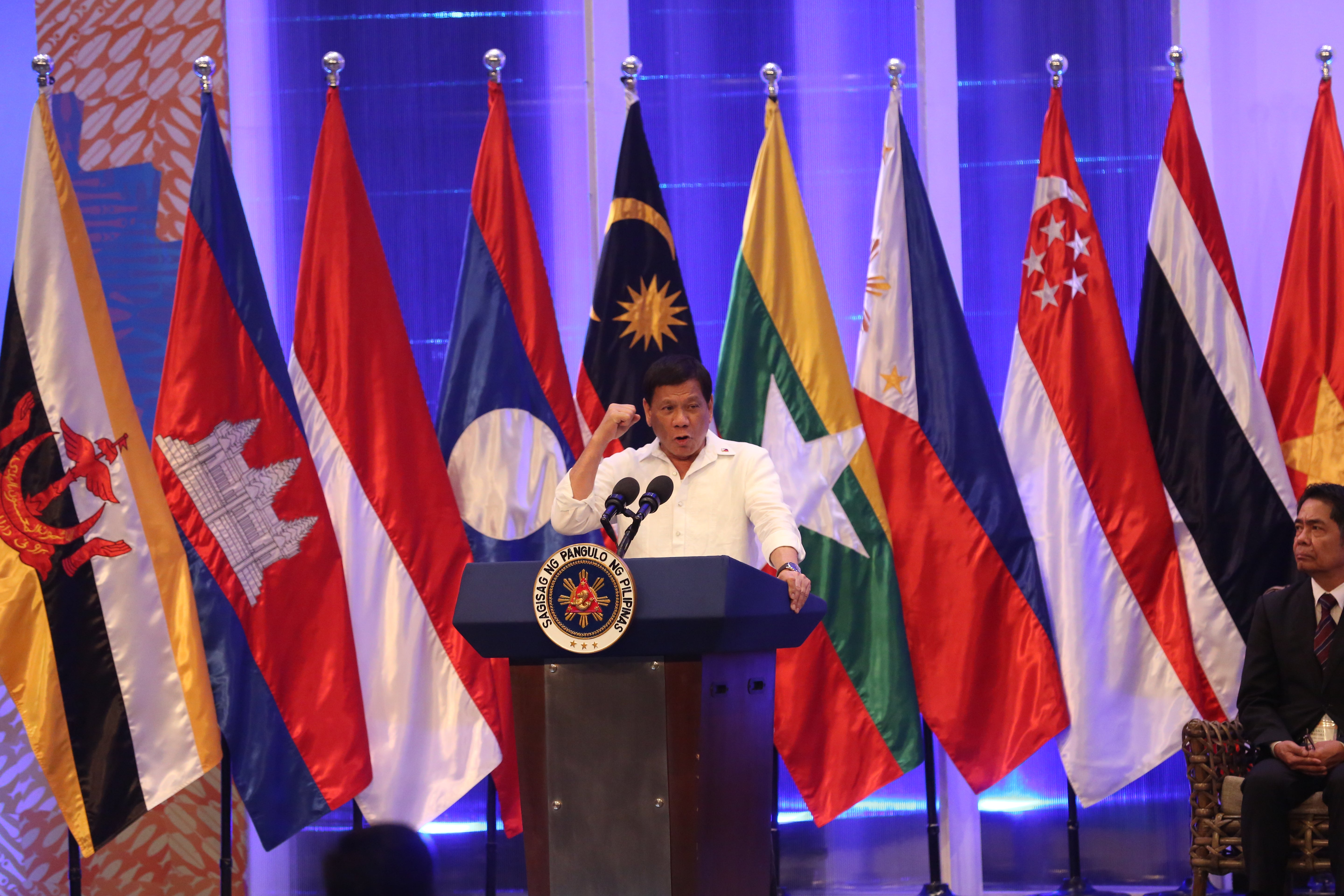 The 50-year-old Association of Southeast Asian Nations (Asean) is seen entering the “middle age” crisis especially in the face of new challenges such as growing doubts on globalization and fast-changing socioeconomic landscapes, raising questions on whether the so-called “Asean way” or the slow process of decision-making would still work in the years ahead.

During the high-level forum on [email protected] yesterday, participants agreed that while the regional bloc had achieved a lot in the last 50 years, more were needed to be done to create a sense of community or a sense of belonging among the region’s 630 million people if the region were to reap the benefits of regional economic integration.

“Asean could go back in the last 50 years with pride in the collection of successes,” said former Asean Secretary-General and former Minister of Foreign Affairs of Thailand Surin Pitsuwan. “At the same time, at 50, Asean is at what we call a middle age crisis because the velocity of changes is exceedingly fast.”

While Asean was founded on the basis of multilateralism, Pitsuwan noted that some people, particularly the Americans, now didn’t like multilateralism. At the same time, there seems to be a retreat in globalization.

“I think the problem of diversity is the root cause of the Asean way because that diversity cannot be managed in a way that could be satisfactory to everyone. So we have what we call the Asean way, which means, very slow, very deliberative and let time heal many of the suspicions among us and between us, and a decision will come,” he said.

Former Philippine Foreign Affairs Secretary Delia Albert said Asean way had always been a challenge. “I think it’s a matter of managing issues because of our culture. When we approach issues, it’s a process that includes a lot of trust-building. It may take a gruelling time to arrive at a decision but at the end of the day, everyone is willing to work together.”

For former Sen. Edgardo Angara, there was no need to apologize for the Asean way. If at all, he said Asean had something to teach to other regional blocs on how to grow regionally. “Our narrative is very compelling,” Angara said, adding that the region must broaden connectivity, address nontariff barriers, standardize products and boost the still meager level of intra-regional trade.

Thailand’s former Prime Minister Abhisit Vejjajiva said people outside the region still did not recognize Asean as a success the way the region’s leaders do.

“In many ways, they are justified. If you look at other regional integration arrangements, it will be difficult to argue that we have performed as well as other regional arrangements in terms of depth of integration,” Vejjajiva said, adding that ASEAN thus seemed to be “punching below our weight.”

Vejjajiva all of ASEAN’s goals – becoming economically competitive, building a peaceful and stable region and rising to be a more significant global player – could happen only if the region could build an ASEAN identity.

He noted a lot of work to be done on removing non-tariff barriers, playing a role in China’s one-belt and one-road initiative and the private sector working together to carry an ASEAN brand. Freedom on labor movement should also be high on each country’s domestic agenda.

“And that won’t happen until peoples of ASEAN feel these are a priority. ASEAN identity is the key to community-building. We must have this sense of common destiny and common values,” he said.

Asean includes countries with higher per capita income like Singapore and Brunei and the middle-income economies like Indonesia, Thailand, Malaysia, the Philippines and Vietnam. There are the also the “new frontiers” like Myanmar, Laos and Cambodia.