US in ‘economic war’ with China, says Trump strategist Bannon 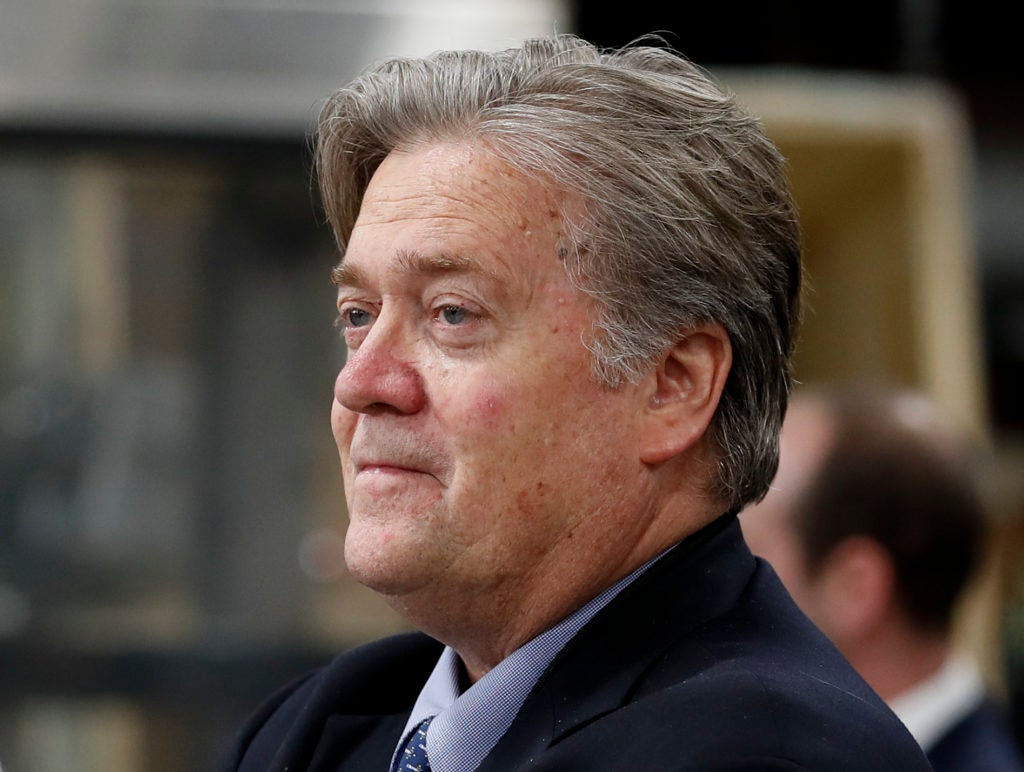 WASHINGTON—White House strategist Steve Bannon argued forcefully in an interview published Wednesday (Thursday, Manila) that the United States is in an “economic war” with China, and the confrontation with nuclear-armed North Korea is just “a sideshow.”

“To me the economic war with China is everything. And we have to be maniacally focused on that,” he said in the interview with the American Prospect, a left-leaning website.

“If we continue to lose it, we’re five years away, I think, ten years at the most, of hitting an inflection point from which we’ll never be able to recover,” he said.

Bannon, an economic nationalist and former CEO of the extreme-right Breitbart news website, is reported to be on shaky ground with President Donald Trump, who gave him only a tepid endorsement this week.

But in a frank, freewheeling telephone interview with American Prospect editor Robert Kuttner, Bannon talked about the infighting in the White House, now engulfed in a storm over Trump’s defensive response to deadly violence at a white supremacist rally in Virginia.

Far from defending Trump, Bannon spoke with disdain about the white nationalist movement he helped cultivate as a former head of Breitbart.

“Ethno-nationalism — it’s losers. It’s a fringe element. I think the media plays it up too much, and we gotta help crush it, you know, uh, help crush it more,” he was quoted as saying.

“These guys are a collection of clowns.”

Bannon also was dismissive of Trump’s vow to bring down “fire and fury” on North Korea if it continued to threaten the United States with missiles and nuclear weapons.

According to Kuttner’s account, Bannon described his fight within the administration to take a harder line against China’s trade practices, and not fall into the trap of hoping China would play the role of honest broker in restraining North Korea.

“We’re at economic war with China,” he said. “It’s in all their literature. They’re not shy about saying what they’re doing.”

“One of us is going to be a hegemon in 25 or 30 years and it’s gonna be them if we go down this path. On Korea, they’re just tapping us along. It’s just a sideshow.”

Of his adversaries in the State Department and Defense who want to enlist China’s help Bannon said “they’re wetting themselves.”

“We gotta do this. The president’s default position is to do it, but the apparatus is going crazy. Don’t get me wrong. It’s like, every day.”