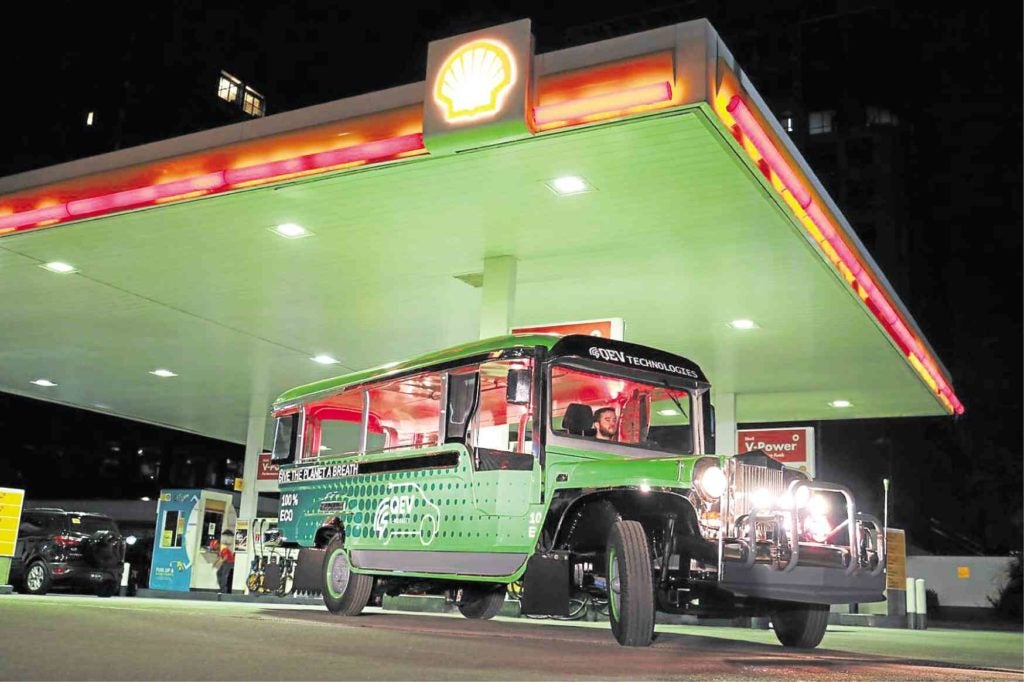 A newly formed startup is betting big that more Filipinos will shift to electric vehicles in the coming decade.

And it is starting with the humble jeepney.

It will serve as a pilot for a business model it hopes will transform some 50,000 jeepneys over a five-year period, and possibly other types of vehicles.

It is a personal investment of Aboitiz, who partnered with Spanish businessman Enrique Bañuelos for this venture.

QEV Philippines is also the main vehicle for Aboitiz’s goal to reinvent the iconic jeepney into a cleaner, quieter and more productive means of public transportation.

The jeepney even gets to keep its physical charm.

The jeepney’s utilitarian, metallic aesthetic will remain largely untouched, since most of the transformation happens under the hood: QEV Philippines will swap diesel engines and fuel tanks with powerful lithium ion batteries and e-motors.

It will take around 15 minutes to fully charge QEV’s green jeepney, giving it a range of about 150 kilometers.

“Our jeepney, as we know, is an icon. It’s as Filipino as it gets,” Aboitiz said at their launch event in Bonifacio Global City to guests that included Finance Secretary Carlos Dominguez III, Energy Secretary Alfonso Cusi, Public Works and Highways Secretary Mark Villar and Transportation Secretary Arthur Tugade.

“We can preserve the jeepney and modernize it without taking away its charm,” he said.

The government is expected to play a key role in making the transformation a success.

The conversion, pegged at a minimum of P500,000 per unit, is far less than acquiring a brand new electric jeepney.

Still, it is too large an amount for the average jeepney driver to shoulder, Aboitiz said.

“What is key is government pays for the conversion. If not, it will take 100 years,” he said.

Aboitiz said it would be a form of conditional cash transfer (CCT) that would have environmental and economic benefits for passengers and drivers, since their earnings will go up as maintenance costs go down.

He explained further: “This could be a powerful economic multiplier that’s maybe more powerful than some of the CCT money that we are spending peso per peso.”

Aboitiz made it clear during the launch that time was of the essence. He said the initiative was first revealed to the Duterte administration six months ago.

“We just don’t have the time. Our air gets dirtier by the second,” he said. 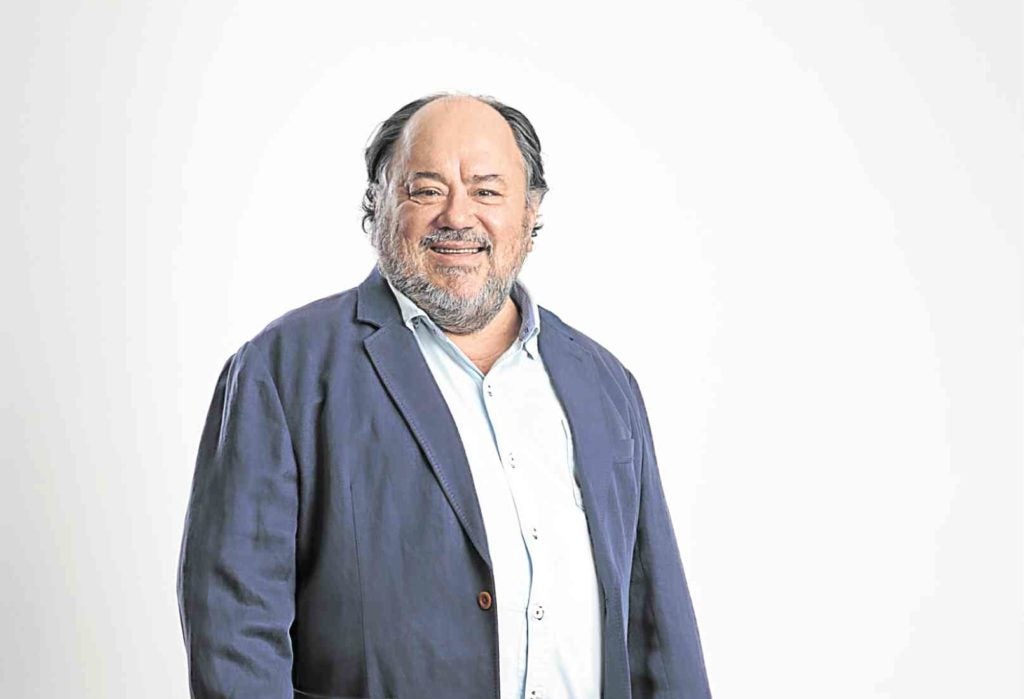 According to QEV Philippines, there are immediate benefits with this shift. It said the converted jeepneys would sequester some 540 tonne of carbon dioxide emissions, which would earn about $35 million in UN carbon credits.

For QEV Philippines, ensuring clean transportation—a sector responsible for about half of all carbon emissions in urban areas—will help improve air quality.

Figures shared by the company showed that it takes 700 fully grown trees to neutralize carbon emissions from a single jeepney. It added that the Philippines has about 300,000 running jeepneys to date.

Furthermore, the company estimated that jeepney drivers would save about P40,000 per year on energy and maintenance costs.

Charging stations are expected to save some 375 million liters of oil per year, or 3 percent of total imported crude.

Aboitiz said they were urging the DOE to allow them to buy power at a lower cost, savings of which would be passed on to the drivers, and eventually, the commuters themselves.

For QEV Philippines, breathing new, electricity-powered life into the jeepney industry was not the original plan.

Its initial intention was to introduce the charging infrastructure with a complementary market of e-vehicles.

That changed when QEV’s principal investor first laid eyes on the jeepney, and saw its potential.

As the story goes, a jeepney by manufacturer Sarao Motors was then shipped to Spain for engineers there to figure out the mechanics of converting it to run on electricity.

The process took months, culminating in the first public demonstration of the green jeepney last July, when government cabinet members took the vehicle for a short spin around a hotel driveway.

Powering the lithium ion batteries is another matter and, in many respects, this is the core business model of QEV Philippines.

On the installation of charging stations, QEV Philippines has secured partners such as Pilipinas Shell Petroleum as well as Ayala Corp. and SM Investments Corp., which have a significant retail and shopping mall presence in the capital district and the rest of the country.

The charging stations will be powered by Aboitiz Power’s clean and renewable energy brand Cleanergy via a connection to be provided by distributor Manila Electric Co.

The jeepneys, meanwhile, will be converted with the help of Sarao.

Audrey Peñaranda, general manager of QEV Philippines, said the company had big ambitions, adding that an initial public offering was in the cards.

Peñaranda said each charging station would cost $60,000 to install, suggesting an initial capital spending budget of $18 million, or about P1 billion.

More resources would be required as QEV Philippines expands to other parts of the Philippines, likely in urban centers in Visayas and Mindanao.

Peñaranda described their business strategy as “the long play” on the electric vehicle market in the Philippines.

“We get into this now when nobody is in the market,” she said.

Peñaranda said the charging stations would be the company’s main revenue source, adding that QEV Philippines will not make any money out of converting the jeepney units.

Peñaranda said the government would still need to refine regulations for electric vehicles.

The DOTr, fortunately, has taken an early step in reforming regulations for public utility vehicles, such as jeepneys and buses.

It recently approved the Omnibus Guidelines on Route Identification and Franchise issuance. This shifts the way PUV franchises, under a moratorium for 13 years now, are evaluated and consequently handed out.

For this new regime, the DOTr will lean on local government units to assess routes within their areas.

But more importantly, for companies like QEV Philippines, it sets a three-year deadline, after which existing franchises will no longer be valid. During this period, PUVs are also expected to be modernized, and able to pass more stringent emission standards as well as have better safety and comfort features.

Indeed, the best for the iconic jeepney is still to come.