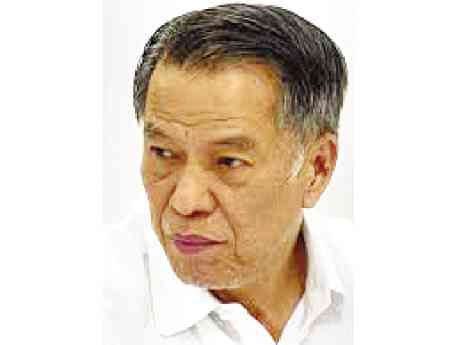 Net income from the tobacco business grew by 28 percent year-on-year in the first semester mainly due to higher selling prices. Philip Morris Fortune Tobacco Corp. raised the price of Marlboro for the first time since January 2013, with the recommended retail price per stick at now P3.50 from P3.

Philippine National Bank’s six-month net profit declined by 38 percent year-on-year to P2.75 billion, coming from a higher base last year when the bank’s earnings were boosted by a P1.48-billion gain from the sale of idle real estate assets.

PNB grew net interest income by 8 percent year-on-year as it expanded its loan book by 16 percent from the previous year’s level. Fee-based earnings increased by 12 percent on higher investment banking, bancassurance and other fees. Other income fell by 58 percent due to lower gains from trading and asset sale.

Meanwhile, Tanduay Distillers saw a 24-percent drop in six-month net profit to P339 million. Liquor sales volume increased by 22 percent, allowing the group to keep a 60-percent market share in Visayas and 64 percent share in Mindanao. However, the volume of ethanol was 30 percent lower, while margins contracted due to lower selling prices and higher alcohol costs.

For beer distillery arm Asia Brewery, net income fell by 44 percent year-on-year to P401 million for the first half. The company’s operating expenses increased as it had to spend more on advertising and selling expenses due to the competitive environment in the carbonated beverage segment. Asia Brewery likewise spent to promote its recently launched Vitamilk in returnable glass bottles. It also had to book additional depreciation expenses from the new soymilk plant.

Cobra energy drink and Vitamilk soymilk continue to be market leaders, while bottled water Absolute and Summit have the second largest market share.

On the other hand, Eton Properties reported a net income of P174 million in the first six months, 31 percent higher than the level last year, due to higher lease rates at its business process outsourcing (BPO) office buildings that continued to enjoy full occupancy. Additional retail space was also provided by Eton Tower Makati.

Construction is ongoing for projects launched in 2016, which in turn is seen to increase Eton’s leasing portfolio. These new projects include the fifth BPO office building at Eton Centris in Quezon City, the expansion of Centris Walk mall and the office and retail portions of use WestEnd Square along Pasong Tamo, Makati.