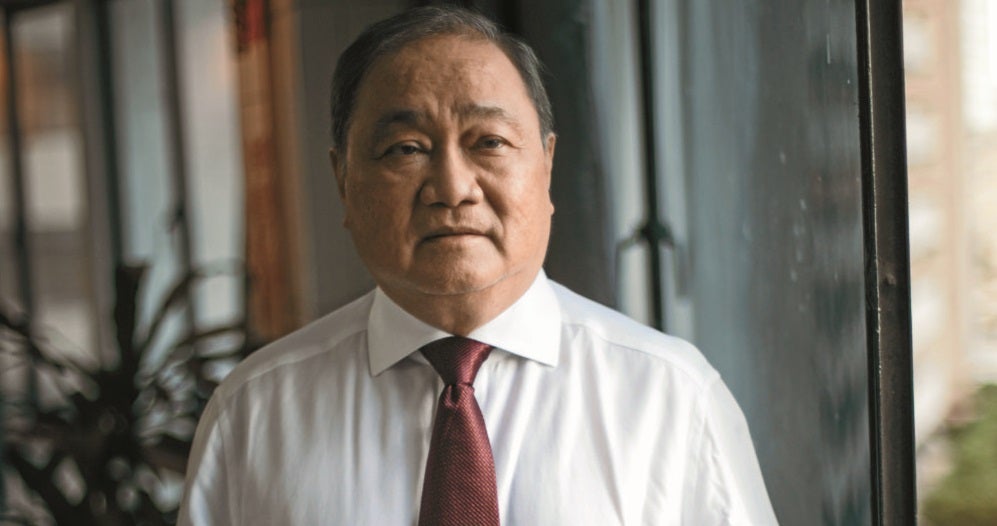 Businessman Manuel V. Pangilinan Jr. on Tuesday expressed willingness to sell his 15-percent stake in the Philippine Daily Inquirer and other businesses of the Inquirer Group of Companies should he be made an attractive offer by prospective buyers.

In a statement carried online by Bloomberg TV Philippines, Pangilinan — who chairs PLDT and Metro Pacific Investment Corp. — gave no indication of what he considered an appropriate price for his stake in the country’s top newspaper and its affiliate companies.

“If there’s an offer to buy our stake at an acceptable price, we are willing to divest,” he said, indicating that the path was clear for the Prieto family to sell its 85 percent in the media group to billionaire Ramon Ang, who also heads San Miguel Corp., the country’s largest conglomerate.

On Monday, Inquirer chair Marixi Rufino-Prieto announced that her family was in talks to sell its stake in the Inquirer to Ang after a 25-year run at the helm, describing the move as a “strategic decision” amid a rapidly evolving media landscape.

Pangilinan, who acquired a stake in the Inquirer in 2010, holds the “right of first refusal” in the newspaper in which existing shareholders first have to give him the opportunity to match the best offer of an external buyer.

He has given no indication that he intends to exercise that right.

Ang, for his part, said he had “accepted the offer of the Prieto family” to invest in the Inquirer.

“I am looking forward to be part of this venerable institution and work with the men and women who made it what it is now,” he said in a statement.

Ang assured the employees that the publication “will continue to uphold the highest journalistic standards and make a difference in the society it serves.”

The changing of the guard at the Inquirer, which has played a key role in the country’s history since its founding in 1985, comes as the media company is repositioning itself amid a rapidly evolving media landscape that has seen traditional print advertising revenues struggle to keep pace with operating costs.

Prieto said that it was “business as usual” in the Inquirer, reassuring employees that “jobs and all existing employment contracts of the Inquirer Group will remain in effect.”

Talks between the Prieto family and Ang began in 2014 when the family “took a long hard look” at the resources needed to remain a game changer and industry leader. Negotiations resumed in January.

The terms of the transaction have yet to be announced pending the conclusion of Ang’s due diligence, which is expected to take two months.

The Prietos acquired their stake in the Inquirer in 1992 from Eugenia Duran-Apostol, founding chair of the newspaper, and other investors.

The newspaper began publication on Dec. 9, 1985, a few months before President Ferdinand Marcos was toppled in the Edsa People Power Revolution.