Fatima, a faith and food pilgrimage 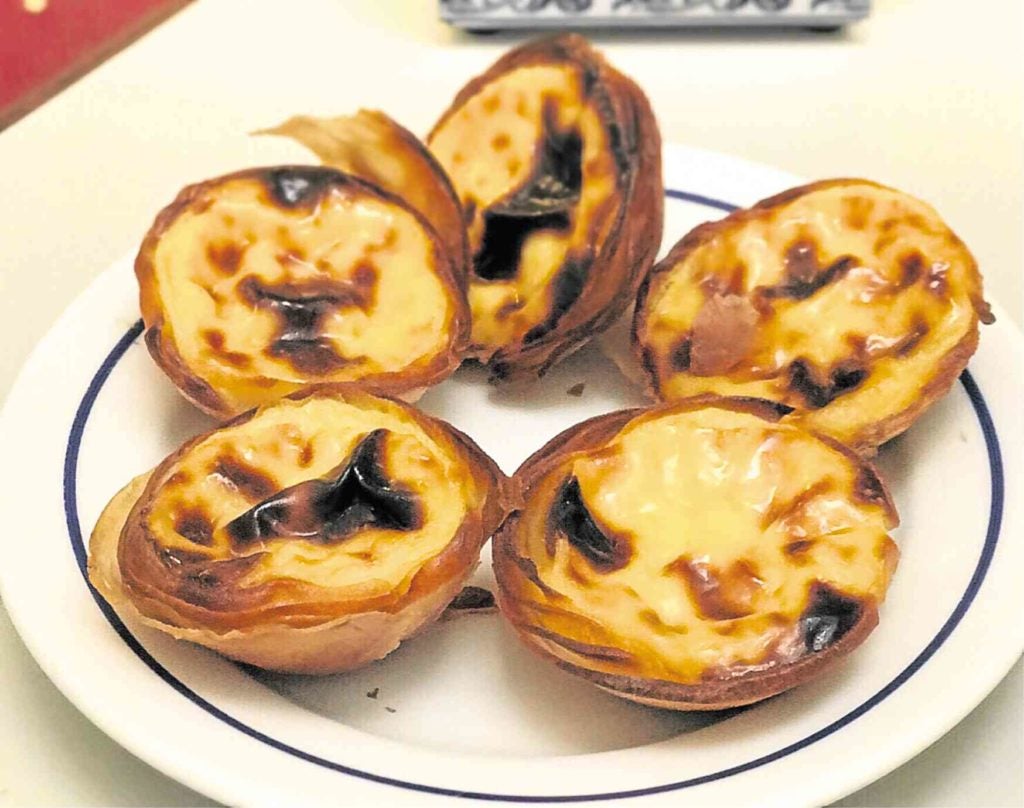 After visiting Our Lady of Fatima, pay homage to these legendary egg tarts at Pasteis de Belem, which has been making egg tarts since 1837. —Photos by Margaux Salcedo

This year marks the 100th anniversary of Our Lady of Fatima. Pilgrims from all over the world are visiting Fatima in Portugal for this anniversary.

I was lucky enough to have visited Fatima last week, and based on social media feedback, it seems many Filipinos—from priests to mothers to executives who are Marian devotees—plan to visit in the coming months, too.

Fatima is special as it is where the Virgin Mary appeared to the three “little shepherds” to ask them to devote themselves to the Holy Trinity and to pray the rosary every day in order to bring peace to the world.

The Virgin Mary appeared six times to 9-year-old Lucia, 10-year-old Francisco and 7-year-old Jacinta between May 13 and Oct. 13 in 1917. The last apparition was dubbed the Miracle of the Sun. Word of the appearances of the Virgin Mary had spread and almost a hundred thousand people flocked to Fatima to witness the anticipated appearance on Oct. 13. A monsoon reportedly drenched the crowds, who nevertheless stayed put, and then the sun appeared as an opaque, spinning disc in the sky, casting multicolored lights across the landscape, and the monsoon-soaked land and the crowd’s wet clothes were suddenly completely dry.

In 1918, as told to them by the Virgin Mary, Francisco and Jacinta were taken ill by influenza that had become an epidemic. Francisco died in 1919 and Jacinta in 1920. 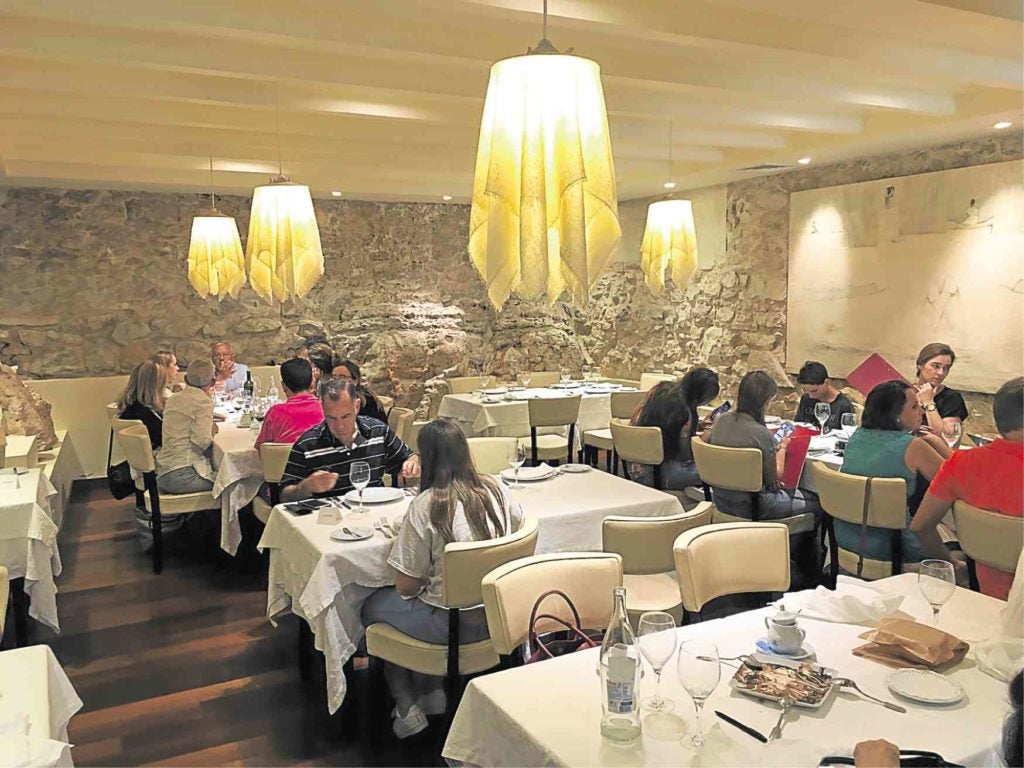 If you will visit Fatima sometime this year, I strongly recommend to bring a car. You can rent from Avis or Hertz at any airport. It is best to reserve ahead online.

The main pilgrim site is where the image of Our Lady of Fatima is, in the Chapel of the Apparition, also known as the Cova da Iria, which is the field owned by the family of Lucia where the Virgin Mary made her first appearance. This is just outside the Sanctuary of Our Lady of Fatima, where the children were buried (very touching tombs, make sure to go near the altar of the santuario as that is where they lie).

On the same compound is the new Basilica of the Most Holy Trinity, where mass is held for large crowds. If you come on a Sunday, as I did, you can hear mass at the Basilica at 3 p.m., then immediately join the Rosary and procession at the Cova, and then catch another mass at 6 p.m. at the Santuario.

It is an easy drive. I was able to drive from Seville to Lisbon to Fatima and back simply following Waze, thanks to Globe Roaming (unlimited internet for a flat rate per day). GPS in the car rental is also available, but I found Waze easier to follow.

Of course, I had to discover where to eat! There is no food available on the sacred grounds (although there is a McDonalds drive through nearby).

A six-minute drive from the Chapel of the Apparition is Tia Alice, a Michelin-recommended restaurant. It is open only for lunch and welcomes casually dressed visitors. The setting, though, with its bone white stone walls, white linen tablecloths and elegant lighting, is becoming of a fine dining restaurant.

They serve traditional Portuguese fare. One must eat baccalao, which they spell bacalhau. Try the Bacalhau Gratinado (36 euros but good for 3 to 4 pax) as the saltiness of the bacalhau is balanced by the cream and potatoes and the veal, which is so tender it is almost immaculate.

Do not skip the homemade ice cream. I do not exaggerate when I say that it is one of the best ice creams in the world I have tasted (in Fatima, of all places, who would have thought?) The texture of the ice cream is unlike any other—I think it is due to the milk they use.

Lisbon is just an hour and a half away from Fatima so you can also pay homage to another Portuguese “deity”: The egg tarts of Pasteis de Belem.

For the longest time, Mario Miranda of Miele had been telling me about Portuguese egg tarts. I told him about Lord Stow’s in Manila and the egg tarts sold at one of the stalls beside the church ruins in Macau. No, he said emphatically, they are not like the ones in Portugal. I finally tasted it and must concede that he is right.

The crust is exceptionally crisp yet flaky, and you can taste how it is beautifully toasted. Once you bite into the tart, the egg cream is soft enough it oozes out (unlike other tarts where that part stays put, with a texture like our leche flan). It is a little warm, and feels like Sunday morning.

A great tip given to us by Portuguese tourism expert Nuno Cruz was to skip the take out line and head straight inside where you can sit down and enjoy the egg tarts with a cup of coffee. This saves you around 20 minutes of waiting in line.

Another must-eat is their seafood. Anthony Bourdain and international food writer Malgorzata Minta (mintaeats.com) recommended Ramiro, which has a line so long it almost feels like a pilgrimage. Everyone, and I mean everyone, waits around an hour and a half in line. Several Americans, when their numbers were called, said, “I feel like I won the lottery!”

They offer an array of seafood choices: Rock lobsters, giant crabs, langoustines, tiger prawns. Gambas is a bestseller although I have to admit that coming from the Philippines, while our shrimp is smaller, it is more malasa or succulent. Do experience their tiger prawns, though, which are so huge and equally tasty.

If you can’t stand lining up, go to Mercado de Campo de Ourique. There are many choices here (think Salcedo Market but with a roof). But zone in on the seafood stall and order the tiger prawns. As they just grill the seafood here, you can really appreciate the juices and succulence of the prawns—very fresh and tasty! Then have them with a glass of wine from another stall nearby.

Both Nuno and gourmet goddess Beth Romualdez recommend to buy salted bacalhau to take home for pasalubong. You can just buy this at any supermarket and they will seal it for you.

Finally, to catch the amazing Portugal sunset, Nuno recommended going to the Castelo de Sao Jorge (Castle of St. George); or visit a bar called Parque, recommended by hospitality expert Sasha Zakharka, formerly with Enderun Colleges and Misibis Bay. “Order the sangria with berries or the strawberry mojito,” she said.

Portugal is truly breathtaking. Fatima is an awesome spiritual experience and the side trip to Lisbon (or vice versa) is really worth the trip.