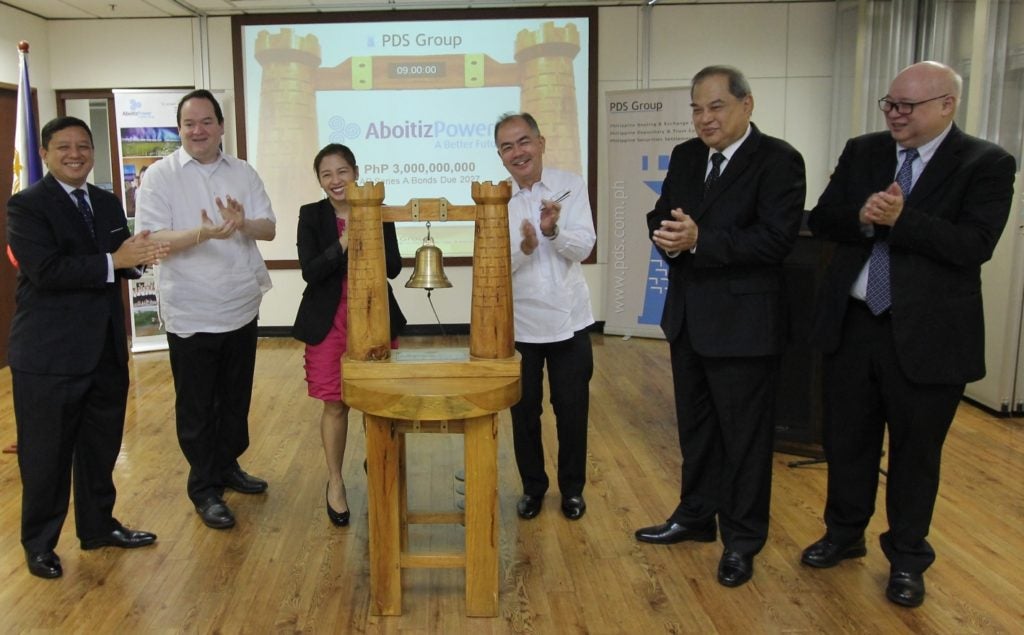 The bonds – which were listed on fixed income trading platform Philippine Dealing and Exchange Corp. (PDEx) on Monday – forms the first tranche of the company’s P30 billion worth of securities approved for shelf registration by the Securities and Exchange Commission.

The shelf registration window of the SEC allows issuers like AP to register and sell under the same prospectus and other regulatory filing requirements a certain volume of securities that the company does not intend to use up right away. In the event that the oversubscription option is not fully exercised, the unused portion will be made part of the remaining bonds in the shelf to be used within a three-year period.

Manuel Lozano, chief finance officer of AP’s parent conglomerate Aboitiz Equity Ventures Inc., explained the use of proceeds from this offering in an interview after the PDEx listing ceremony. “We have a lot of different uses. We’re funding several of our power plants that are being completed now. We have Pagbilao (power plant), Therma Visayas in Toledo, Cebu, and Manolo Fortich hydro-power plant in Bukidnon being completed. All of these, we’re still putting equity into these projects,” Lozano said.

This new listing brings the combined level of outstanding securities of AP and its parent company AEV listed on the PDEx to P45 billion. This represents 6 percent of total corporate fixed-income issues in PDEx.

The AP series fixed rate bonds were issued on July 3. They have a tenor of ten years and carry an interest rate of 5.3367 percent per annum with a maturity date on July 3, 2027.

The registrar and paying agent for the offering is the Philippine Depository and Trust Corp., and the sole issue manager, underwriter and book runner is BPI Capital Corp.

According to Liza Montelibano, chief finance officer of AP, the energy firm’s net sellable annual capacity was now close to its target of 3,000 megawatts (MW).

AP’s new projects for 2019 and 2020 include the 2×668 MW Dinginin power plant and the 2x300MW Redondo Peninsula Energy in partnership with Meralco Power Gen (MGen).

“Dinginin (power plant) should hopefully come on line, and then in 2020 we’re partners with MGen for RP energy. There are some approvals that we’re waiting for to get that (Dinginin) started so those are in the pipeline,” Montelibano added.

For infrastructure, AEV plans to start its bulk water project in Davao city by the end of this year. The expansion program for its cement venture, on the other hand, will cost $300 to 350-million to be spent over two to three years starting 2017.

“Our target is to grow by around three million tons in total. We (have) roughly around seven million annual capacity (bringing total to 10 million tons), Lozano said.