Corporate top guns send their love to troops in Marawi 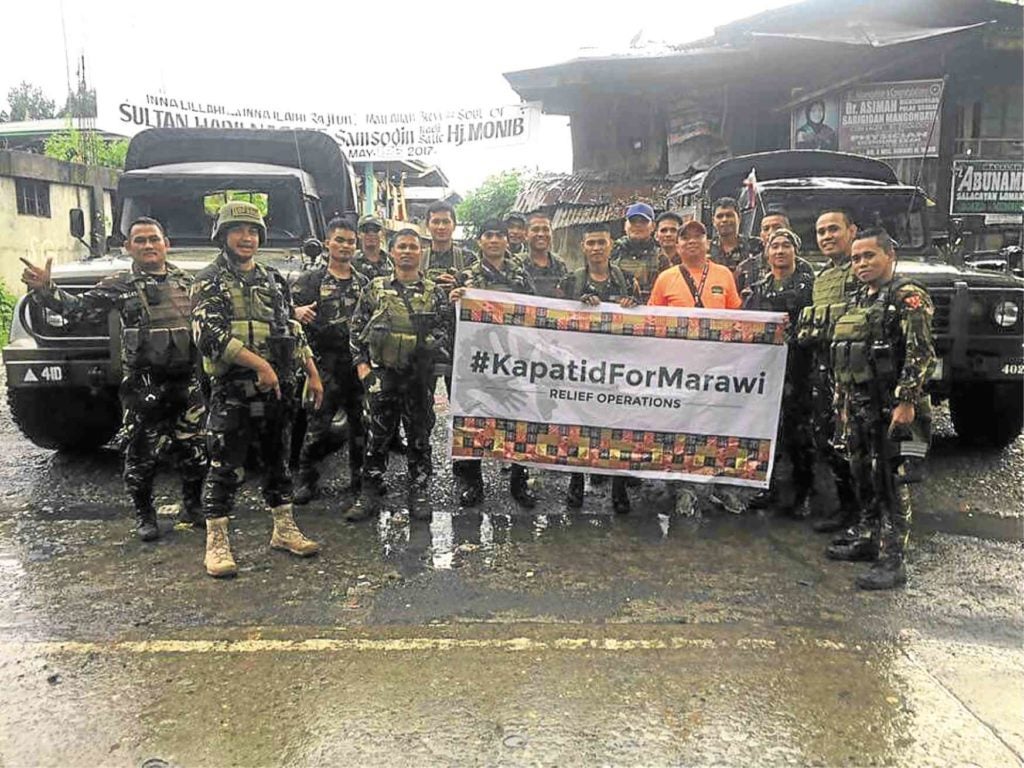 Philippine army troops were given food and drinks from the #KapatidForMarawi initiative.

Not everyone can play a direct role in protecting the Philippines the way our soldiers and police personnel are doing in what is now a five-week raging battle for the city of Marawi.

But—thanks to the Go Negosyo advocacy group of entrepreneurs—we can all lend a hand to these modern day heroes who, on a daily basis, sacrifice life and limb to defend the country from violent extremism.

Recently, this business oriented non-governmental organization launched a campaign to provide the government’s ground troops in Marawi with “care packages” made up of essential items like food packs, canned goods, snacks and ready-to-eat food, bottled water, milk, juice, biscuits, and other food donations.

“Our soldiers, marines, and policemen deployed in Marawi are far from their families,” Go Negosyo said in a statement. “While they are in their full battle gear, they too will still need all the support we can all give. So aside from the relief goods that we sent last week to our displaced Maranao brothers and sister, Go Negosyo under the Kapatid for Marawi initiative also started a campaign to gather donations for our troops of around 5,000 people.”

The NGO said these care packages would allow donors who are physically far from the war zone to provide troops with “some care and comfort” through products which are often unavailable or are the least of their concerns but essential to them.

Aside from basic goods, cellphone load were also given by PLDT-Smart group and Metro Pacific Investments Corp. led by Manuel Pangilinan and Eric Alberto.

Tennyson Chen of Bounty Fresh will be supplying military camps with kilos of chicken for 10 days, while Henry Lim Bon Liong donated sacks of Doña Maria rice to ensure adequate nutrition for the troops over the coming days. 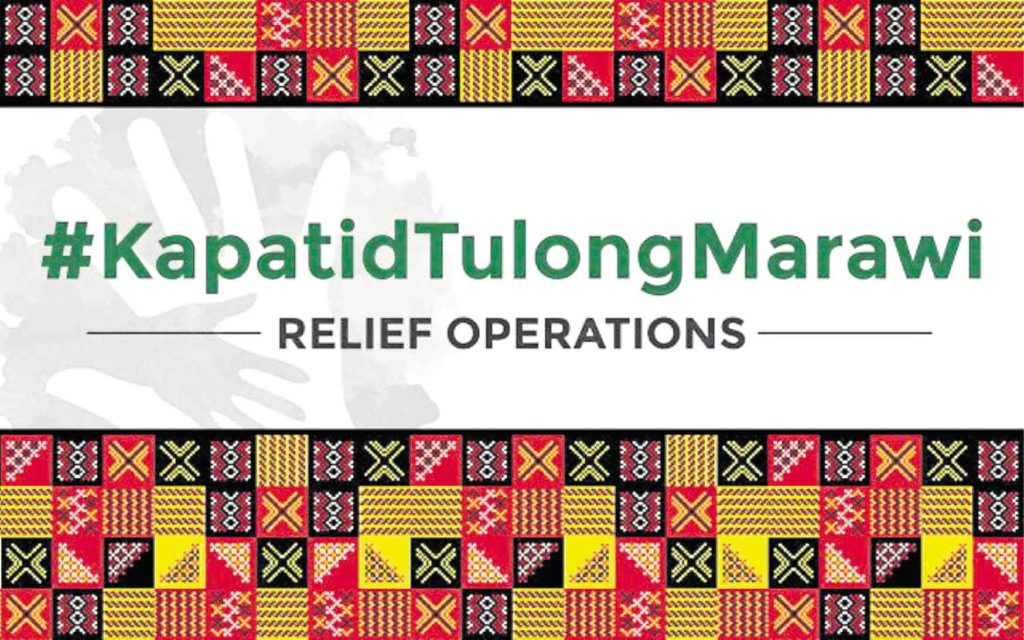 But aside from the usual requirement for food, our soldiers also needed personal care products such as shampoo, toothbrushes, toothpaste and soap. Myla Villanueva donated soap, while underwear, socks and towels were provided by Patty Chilip, Tessie Sy-Coson, the Indian Chamber of Commerce led by Rex Daryanani and Philippine Chamber of Commerce and Industry’s Ozamiz chamber led by Elvie Tan.

The personnel of the Armed Forces of the Philippines and the Philippine National Police will also receive vitamins and medicines from The Generics Pharmacy.

Wilfred Gui committed water gallon stands as well while Siu Ping Par will be sending gas stoves and LPG canisters for the camps in Marawi.

“But what is special about these care packages are the hand written notes we asked from our Go Negosyo network,” the group said. “These letters will contain words of prayers, encouragement, and hope. As they are personally written, we hope that these will at most strengthen the morale of our troops.”

“Gianna Montinola of Far Eastern University will ask their students to give messages,” according to Go Negosyo. “Myla Villanueva also tapped a museum for kids to provide letters. Zarah Juan started a campaign for support messages. The whole movement is working on making their own contributions to this initiative.”

“We will never know the hardships they are facing in Marawi but through these simple gestures of care, we are at least giving them the support they need,” it added. “On ground zero, they are only with the enemies. They are not with their families. So hopefully, these care packages will give them the essentials.”

But this campaign is not only open to big businessmen.

The group said that individual donors wanting to support our troops can get in touch with the Go Negosyo team.

We cannot be on the ground fighting with our troops. But we can make them feel loved and appreciated.