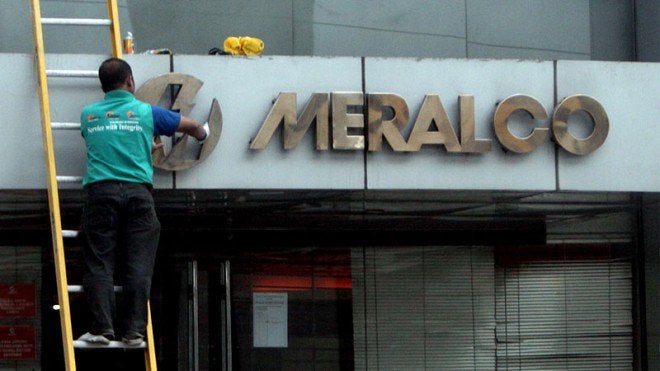 Members of the Energy Regulatory Commission (ERC) on Thursday were sued before the Ombudsman for graft for supposedly favoring Manila Electric Company (Meralco) in the grant of allegedly “sweetheart” power supply deals.

“The respondents caused undue injury to the public and/or gave Meralco unwarranted benefits, advantage or preference by suspending the CSP mandatory implementation to accommodate Meralco,” the complaint stated.

This revisit resulted in the “baffling” suspension of the competitive selection process until April 30, 2016 in the “guise of a period of transition” when it was intended to “accommodate” big distribution units including Meralco, the complaint read.

All the power supply deals of Meralco cover the period of 20 years, or the length of time complainants alleged power prices may have been jacked up because of the lack of public bidding that would drive down prices.

Some power supply deals were also entered into with power generation companies affiliated with Meralco, the complaint said.

“The special accommodation accorded by the respondents to Meralco effectively led to the sidestepping of the CSP requirement. The absence of any CSP in the Meralco’s above-mentioned PSAs effectively deprived the public of lower electricity rates for 20 long years since the prices for the supply of electricity were not determined through a competitive bidding where several Generation Companies would drive down the prices to win the contract,” the complaint read.

“Instead, these PSAs were negotiated by Meralco, who was in a position to negotiate for a favorable pricing,” it added.

The complaint further alleged that the ERC caused undue injury to the public when it gave Meralco unwarranted benefits by delaying the implementation of the Meralco refund amounting to P6.9 billion.

The ERC in May directed Meralco to refund P6.9 billion which was overcharged to the customers from January 2014 to December 2016, according to the complaint.

The delay in the signing, docketing, and issuance of the order resulted in a one-month delay for the refund, allowing Meralco to accrue P14 million in income due to interest, the complaint stated.

“On 15 May 2017, or 13 days after Meralco was first directed by the ERC to refund P6.9 billion worth of over billings, the Order against Meralco was finally docketed. This delay in the signing, docketing, and issuance of the Order allowed Meralco to delay for one month the refund that the Filipino people are entitled to. This delay amounted to an estimated interest income of P14,000,000 accruing solely for the benefit of Meralco,” the complaint read.

Read Next
PIDS: 3rd telco player is necessary to advance competition in PH
EDITORS' PICK
What to expect as Metro Manila starts ‘no vaccination, no ride’ policy on Monday
Metro Manila’s daily COVID-19 growth rate drops to 2% — Octa Research
Over 3 Million worth of prizes to be won at Smart Padala’s SENDali Manalo Promo!
SMDC’s Bloom Residences: A master planned community that cares for your health and wellness
COVID-19 cases in PH pass 3.2 million mark with 37,154 new cases — DOH
Upsilon, Unilever give ‘real talk’ on climate change crisis
MOST READ
IATF protocols now apply to travelers who arrived on or before Jan. 13
‘Not my loss’: Did Kris Aquino just comment on her breakup with Mel Sarmiento?
Thailand records first Omicron death
Tito, Vic and Joey still not quitting, breaking trends as they celebrate 50th year in the biz
Don't miss out on the latest news and information.