Cash remittances fell to 15-month low of $2.083 billion in April 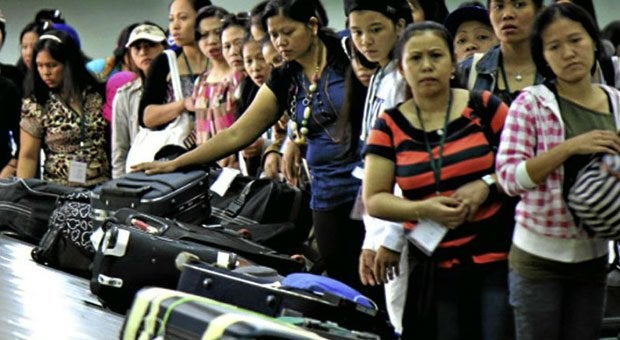 MANILA — Cash sent home by Filipinos working and living abroad through banks fell to a 15-month low of $2.083 billion in April, partly due to a stronger US dollar as well as a decline in remittances from land-based workers.

The remittance flows last April were the lowest since January 2016’s $1.997 billion.

In a statement, BSP Governor Amando M. Tetangco Jr. attributed the year-on-year decline in April remittances to the “7.6-percent drop in cash remittances from land-based workers which offset the marginal increase of 0.3 percent in transfers from sea-based workers.”

Tetangco said that Saudi Arabia was among the top remittance sources that registered a year-on-year decline last April “partly as a result of repatriation of workers under the Saudi Arabian amnesty program.”

Also, “aside from recorded declines in cash remittances in original currency in these countries, the lower US-dollar value of remittances in April could be partly due to the depreciation of major host-countries’ currencies vis-à-vis the US dollar, such as the Singaporean dollar, Australian dollar, pound sterling and the euro,” Tetangco said.

Tetangco also blamed the fewer number of banking days that month, during which the Holy Week was observed, among other holidays.

At the end of the first four months, cash remittances grew 4.2 percent to $9.036 billion from $8.67 billion during the same period last year.

It was the first time that cash remittance inflows breached the $9-billion mark during the first four months, BSP data showed.

The growth in remittances as of the end of April was slightly faster than the 4.1-percent increase a year ago.

According to Tetangco, around four-fifths of the remittances that came in from January to April were from Filipinos in Canada, Hong Kong, Japan, Kuwait, Qatar, Saudi Arabia, Singapore, the United Arab Emirates, the UK and the United States.

For 2017, the BSP had projected a 4-percent growth in remittances.

Remittances are the largest source of foreign exchange income for the country, helping insulate the domestic economy from external shocks by ensuring the steady supply of dollars into the system.

These cash transfers are also a major driver for domestic consumption, which contributes to robust economic growth.  SFM