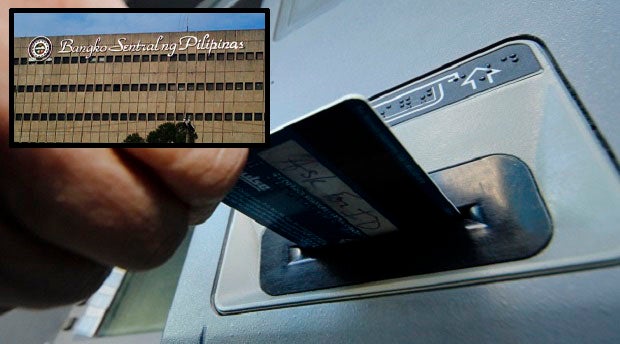 The Bangko Sentral ng Pilipinas (BSP) has ordered banks to issue all customers with EMV chip-enabled cards until June 30, 2018 or face penalty.

In a statement Thursday, the BSP said the Monetary Board, its highest policy-setting body, recently issued supplemental guidelines on EMV migration that it noted finally prescribed a hard deadline for compliance and also laid down penalties for non-compliance.

The new guidelines would “push the banking industry towards full adoption of EMV technology at a much faster pace,” the BSP said.

To recall, the BSP earlier set the deadline for EMV migration on Jan. 1, 2017, but some banks still have yet to comply until now.

While banks and other financial institutions work to achieve full compliance, the BSP said they were “mandated to book provisions for probable fraud losses starting Sept. 30, 2017 until full compliance is achieved.”

“If implementation was delayed, they have to estimate possible losses due to fraud because of not being EMV-compliant,” Espenilla explained.

The BSP also urged banks to ramp up information dissemination on the process of replacing the magnetic stripe cards with EMV cards.

“To raise awareness as well as manage customers’ expectations on the replacement of their payment cards, BSP-supervised financial institutions should intensify their public awareness programs leveraging on all available communication channels. The information should clearly indicate the date when EMV cards are available and ready for pick-up by their clients as well as the related procedures for replacing magnetic stripe cards and distributing EMV-compliant cards. BSP-supervised financial institutions are further expected to develop strategies to entice or force clients to replace their old cards with EMV cards (in effect, deactivation of existing cards by certain date, offering of rewards/freebies, and/or liability shift for skimming incidents),” the BSP said.

“To further strengthen consumer protection and complaints handling and resolution as prescribed under BSP Circular No. 936 dated Dec. 28, 2016, the actual restitution of cardholder/s with valid claims should take place within the 10-day resolution timeline for complaints and/or requests for chargeback as a result of counterfeit fraud,” the BSP added. JPV

Read Next
US Fed raises key rate to 1.0-1.25%, signals one more hike in 2017
EDITORS' PICK
Driving can be even more rewarding this New Year — here’s why
New Year, New Rediscoveries
Experience clearer calls nationwide with Smart VoLTE
FDA anticipating Moderna, 2 Indian firms’ EUA application
Lorenzana defends decision to terminate UP accord: ‘Times have changed’
Benguet’s Strawberry Festival canceled
MOST READ
Proposed toll for newly opened Skyway 3 ranges from P110 to P274
Duterte to firms: No franchise until you settle your accounts with gov’t
‘Hotbed of recruitment’: Lacson backs termination of UP-DND accord
Lapu-Lapu: From one-centavo coin to P 5,000 bill
Don't miss out on the latest news and information.