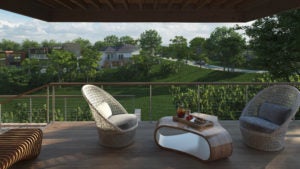 Property giant Ayala Land has unveiled a new upscale subdivision in mixed-use estate Nuvali in Laguna, bringing to the property market P11.3 billion worth of residential lots for families looking for a gated community in southern Luzon.

Cerilo, the 85-hectare subdivision offering of upscale residential brand Ayala Land Premier (ALP), will have 623 lots with sizes ranging from 520 square meters to as large as 1,300 square meters.

This is the eighth subdivision rolled out by ALP in Nuvali and the one closest to the Laguna campus of Miriam College, ALP managing director Mike Jugo said in a press briefing on Tuesday.

ALP has so far sold about 2,800 high-end residential lots with a combined worth of P33 billion from its seven last Nuvali projects.

Jugo said ALP would start selling lots in Cerilo by early June, beginning with 308 lots worth P5 billion.
Average selling price of the lots per square meter is between P22,180 and P33,150. This will bring typical contracts to at least P11.5 million to as high as P43.1 million.

Based on ALP’s experience in selling subdivision lots in Nuvali, Jugo said this area was quite different as the estate was usually more attractive to end-users as well as young families – with parents aged 30 to 40 – looking to build their house.

Cerilo seeks to build on the site’s undulating natural terrain, Jugo said, adding that the new subdivision development would offer lush, green open space. It will have about 80 percent of the houses adjacent to an open space.

The master planned community will have an average density of only seven lots per hectare, providing a heightened feeling of privacy and exclusivity for its future residents.

Meanwhile, the main park located at the heart of Cerilo encompasses an area of over six hectares while the linear parks and bike trails are spread around the development. Cerilo has also allocated an adjacent two-hectare retail space envisioned to cater to future residents and the surrounding villages. 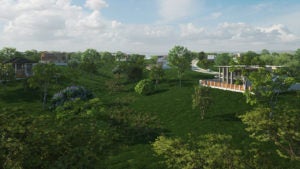 ALP posted its strongest quarter ever in terms of sales take-up in the first quarter of 2017 with reservation sales generated from various projects reaching P8.1 billion, marking an increase of 26 percent from the previous year.

“I think this is a sign of both the robustness of the market, particularly the luxury segment, and the ability of Ayala Land to execute its projects and the great deal of trust from our buyers,” Jugo said.

Park Central Towers, located at the prestigious corner of Paseo de Roxas and Makati Avenue, was launched only in September 2016 and has since generated P13 billion in sales take-up with 235 units sold within that period.

Park Central Towers offers ultra-luxury amenities such as four-story high Sky Terraces visible from the building’s facade. The expansive amenity podium will also house a 300-sqm fitness center, a 700-sqm multipurpose court as well as swimming pools, resident’s lounge and spa. The development will rise on top of a 10,000-sqm retail mall.

Read Next
PSEi back to doldrums
EDITORS' PICK
Senate OKs on 3rd reading bill allowing school opening after August
Cherry Mobile teams up with Cloud Panda PH, launches online store
Leveling up your ‘lutong bahay’ with the kitchen companion you never knew you needed
Chaos as thousands return to work in Metro Manila
New strategies urged to improve public transport
Someone from the Philippines can become $356 Million richer this Tuesday
MOST READ
Chaos as thousands return to work in Metro Manila
‘If I had not been SolGen, I will make you eat your words,’ Calida tells Coco Martin
Senate OKs bill authorizing president to postpone opening of classes beyond August
51 percent of German firms holding back investments in PH, but not because of COVID-19
Don't miss out on the latest news and information.