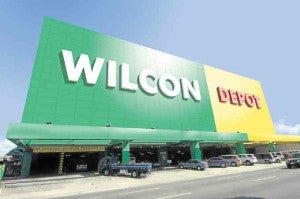 Newly-listed home improvement and construction supplier Wilcon Depot Inc. (WDI) chalked up P390.5 million in net profit in the first quarter on the back of a double-digit growth in sales.

There was no comparative year-on-year figure as WDI began operations on April 1, 2016 when the retail business and assets were completely transferred from parent company Wilcon Corp., formerly Wilcon Builder’s Depot Inc.

“Our net income of P390.5 million included the tax and operating expense impact of the transaction costs of the initial public offering (IPO), but excluding all IPO-related costs and benefits, the company’s regular net income is still a healthy P326.5 million. We will continue to strive/work towards improved results especially with the opening of more stores starting in June until the end of 2017,” WDI chief financial officer Mark Andrew Belo said in a press statement.

Belo said WDI had delivered sales growth of 14.1 percent compared to the same period last year which totalled P3.667 billion, when the retail operations was still under the parent company, Wilcon Corp. and prior to start of operations by WDI on April 2016.

“The three new depot-format stores which opened between April 2016 and January 2017 did their share, contributing 5.27 percent of the company’s first quarter total sales,” Belo added.

WDI’s gross margin for the quarter was also higher at 30.2 percent compared to 29.1 percent in the same period last year, attributed to improved sales of higher margin products.

The company debuted on the Philippine Stock Exchange on March 31 with ticker symbol “WLCON.” The public now owns 34 percent of its total shares.