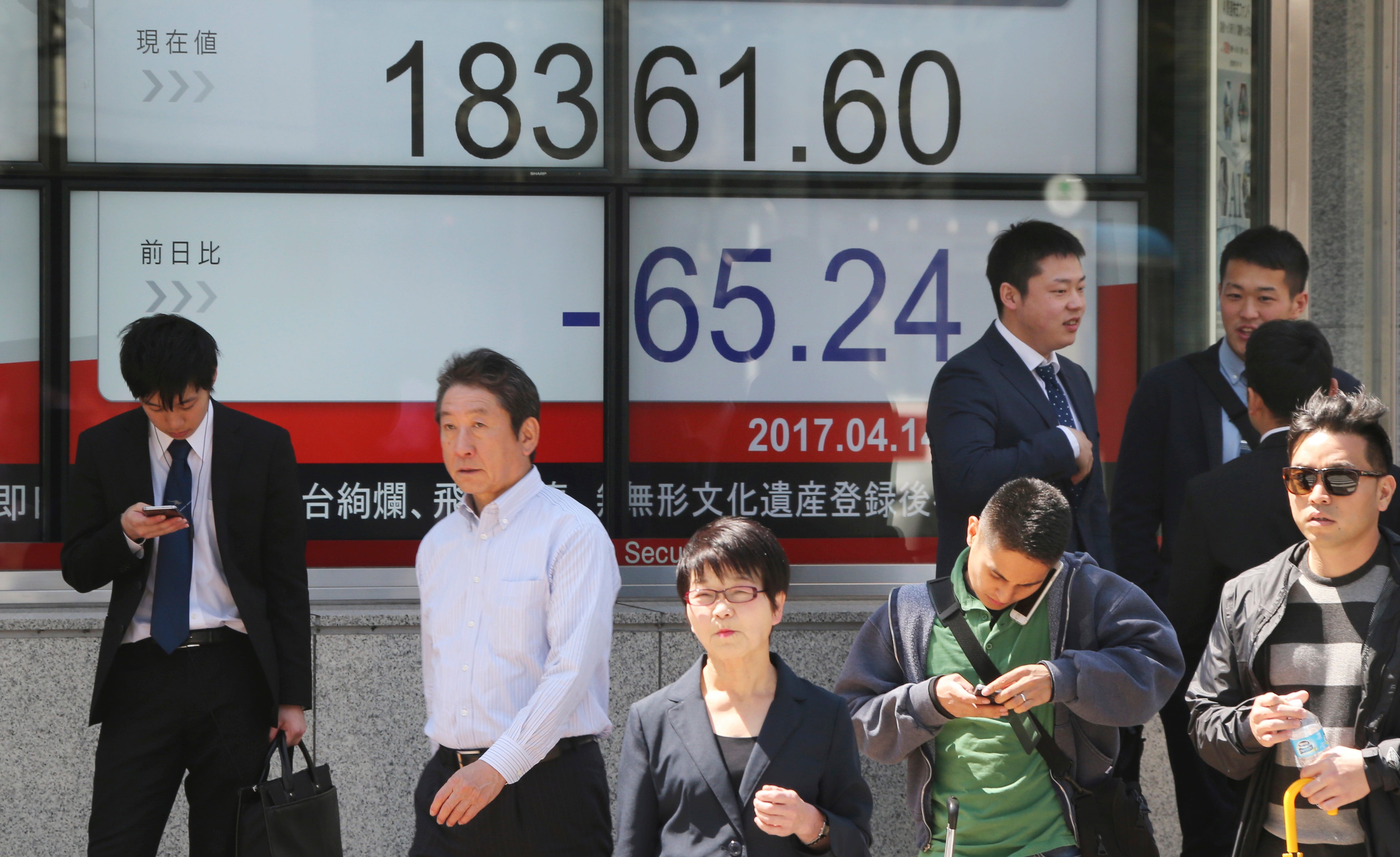 People stand in front of an electronic stock board of a securities firm showing Tokyo’s Nikkei 225 that fell 65.24 points to 18,361.60 in Tokyo, Friday, April 14, 2017. Asian stocks were lower on Friday as investors in the region had many reasons to worry about rising geopolitical tensions and the situation on the Korean Peninsula. Many markets were closed for public holidays. (AP Photo/Koji Sasahara)

SEOUL, South Korea — Asian stocks were lower on Friday as investors fretted over rising geopolitical tensions and the situation on the Korean Peninsula. Many markets were closed for public holidays.

NORTH KOREA: Analysts said investors were seeking safe havens on concern North Korea may be planning a nuclear test. As it prepares for the 105th anniversary of the birth of its founder Kim Il Sung on Saturday, North Korean has intensified its rhetoric, warning of strong retaliation against any aggression as U.S.-South Korea hold military exercises.

ANALYST’S VIEWPOINT: “Geopolitics seemed to dominate over the past week with the ramifications of the U.S.’ missile strike on Syria still reverberating and tensions around North Korea steadily building,” Shane Oliver, chief economist at AMP Capital, said in a commentary. “The issues around Syria are likely to settle down assuming U.S. involvement does not escalate, but North Korea is more risky.”

CURRENCIES: The dollar resumed its fall after briefly bouncing back from its slide. The dollar has continued its slide following President Donald Trump’s comment in an interview with The Wall Street Journal that the dollar was “getting too strong.” The dollar was trading at 108.93 yen, down from 109.12 yen. The euro rose slightly to $1.0620 from $1.0616.