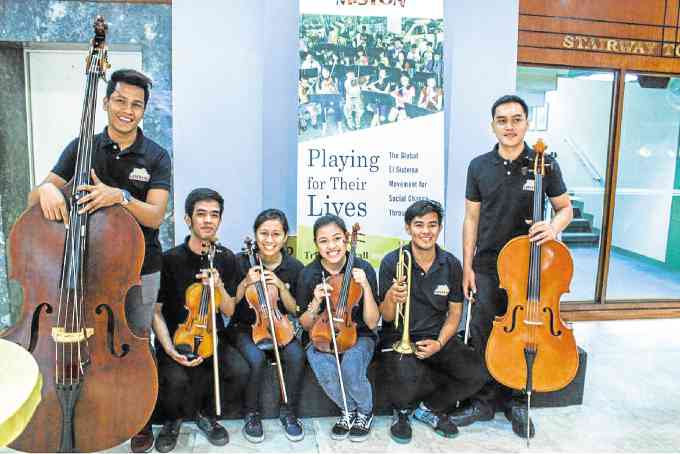 While the Philippines has undoubtedly become known around the world as a country of musical talent, the study of classical music, in particular, seems to still be a subject reserved for the well-off.

A nonprofit, nonstock organization, however, is working on changing that by extending a helping hand to poor but talented young musicians by providing them with free classical music training, one that could land them a real career as an orchestra member—or, at the very least, create a positive impact on their lives and those of others in their impoverished communities.

Called Ang Misyon, Inc. (AMI), the organization has around 450 members participating in a music program called Sistema for the Filipino Youth (SFY), where they learn how to play orchestra instruments, in 13 “satellite centers” in different parts of the country.

The only requirement to join, aside from their musical potential, is that their family should have a combined annual income of P200,000 or less, says pianist Jovianney Emmanuel Cruz, AMI cofounder and artistic director.

A joint venture between First Philippine Holdings (FPH) and the ABS-CBN Broadcasting Network, AMI was established by Cruz and FPH chair Federico Lopez in 2012 after being inspired by the work of El Sistema, a similar program which was started in Venezuela in 1975 by Nobel Peace Prize winner, pianist and educator Jose Antonio Abreu.

More than an after-school music program, El Sistema uses music education to help veer underprivileged youth away from criminality, especially those living in areas where gang wars and drug-related crimes are rife.

The El Sistema program is now present in over 50 countries.

Just recently, the book “Playing for Their Lives” by Eric Booth and Tricia Tunstall, which chronicles the experience of El Sistema members in 25 countries, was launched here in the country. 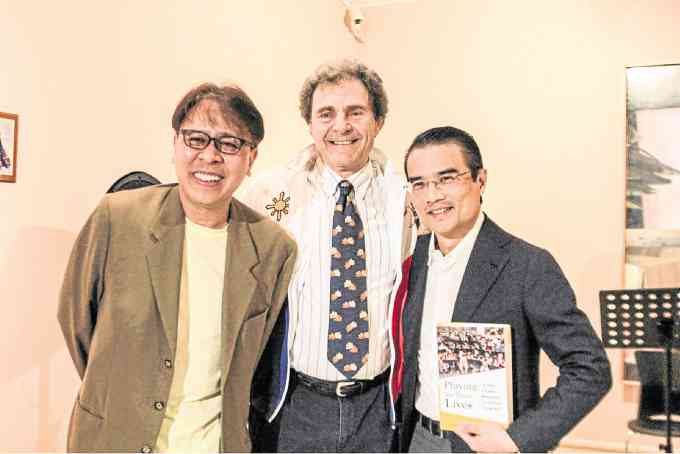 “It’s more than just the music. It’s about the change you can effect on society, starting with the youth,” says Lopez, “You can make a lot of the youth believe in themselves and what they can achieve. When you talk to them, they say, I want to be an accountant, a veterinarian, an engineer. So there’s an ambition that’s sparked.”

The scholars also receive financial support for rehearsals, transportation, meals, uniforms, and free use of instruments. Those who display extraordinary talent are given the chance to become part of the Orchestra of the Filipino Youth (OFY), an opportunity which could open a career path for them in music—particularly, with the ABS-CBN Philharmonic Orchestra.

“We are using classical music education as an engine for social change. We want to expose to the rest of the country what the identity of the Filipino is; what the true talent of the Filipino is. It’s not in boxing; it’s not in basketball,” says Cruz. “I think, naturally, because of the … mix of cultures, you get a musical and cultured Filipino.”

As AMI continues to grow and develop the SFY program and the OFY, Lopez says that in time, he hopes for it to become something which communities can truly own.

“It’s not something we want to do alone,” he says.

“I don’t know how to describe it, but it really changes lives,” adds Cruz. “In music, the discipline forces you to pay attention to detail, be resilient, dedicated, committed. We are pushing the scholars to reach world-class standards. The ability and talent are there.”

Read Next
My sister, my business partner
EDITORS' PICK
Is your company a growth champion? Stand up and be recognized!
No sea row compromises in Sino vaccine talksː Galvez
16 new COVID-19 patients confirmed to be UK variant carriers — DOH
‘Panic buying’ of vaccine feared may lead to oversupply, wastage
New Year, New Rediscoveries
Acer Philippines welcomes you to its first flagship store
MOST READ
Ate Vi’s message to those against ABS-CBN’s franchise renewal
OVP spokesman tells Mocha Uson: Don’t drag us into your nonsense
UST students protest dismissal of Grade 12 student
Of victims and saviors: Sex work amid the pandemic
Don't miss out on the latest news and information.

‘Panic buying’ of vaccine feared may lead to oversupply, wastage

Of victims and saviors: Sex work amid the pandemic