The evolution of Edsa 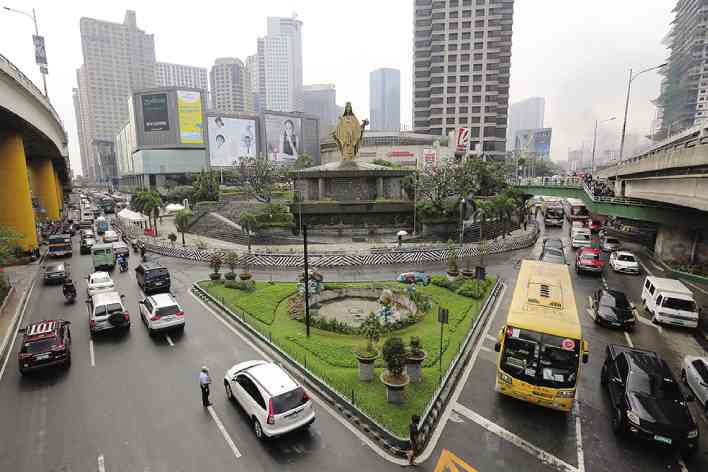 Over the past 31 years, Edsa saw major transformations, given the massive property and infrastructure projects.

Edsa will always be best remembered for the historic, peaceful uprising that unseated a dictator.

Along the stretch of Edsa happened the People Power Revolution in 1986, during which Filipinos from all walks of life linked arms to topple the dictator, former President Ferdinand Marcos and to reclaim true democracy.

Over the past 31 years, Edsa then bore witness to a series of major transformations, as the rapid urbanization of the metropolis saw massive infrastructure and property development projects rising along this 24-kilometer stretch.

Today, Edsa remains a major thoroughfare in the metro but one that exudes a highly different character and vibe compared to more than three decades ago. Here are some of the property and infrastructure projects that have changed the landscape of this historic avenue. 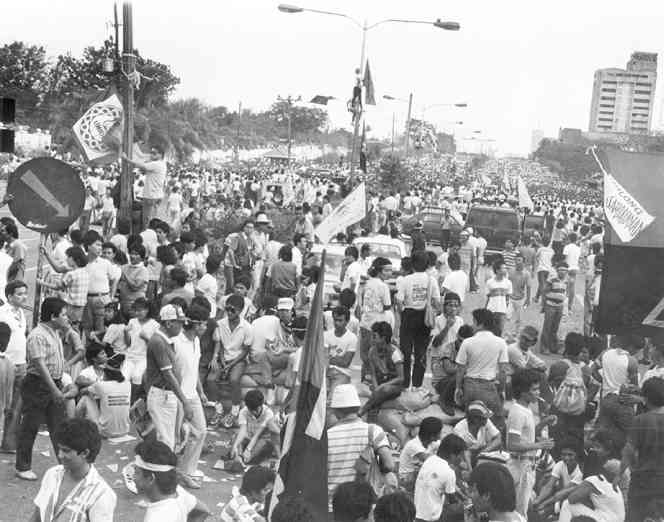 It was formally known as the Shrine of Mary, Queen of Peace, and sits at the crossroads of Edsa and Ortigas Avenue in Quezon City.

Established in December 1989 with Fr. Socrates Villegas as its first rector, the shrine was a brainchild of the late Manila Archbishop Jaime Cardinal Sin, who convinced the families of Paquito Ortigas and John Gokongwei to donate the lot.

National Artist Napoleon Abueva meanwhile designed the 14 Stations of the Cross and the main altar table cast in bronze; sculptor Ramon Orlina created the glass and stainless steel sculpture of the Risen Christ and other artworks; and Virginia Ty-Navarro sculpted the bronze statue of the Virgin Mary. 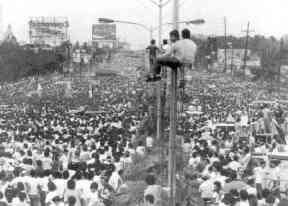 Edsa is best remembered for this historic, peaceful uprising.

Located at the corner of White Plains and Esda, the bronze tableau is comprised of 37 figures depicting the various sectors of the Philippine society that joined the People Power Revolution in 1986, surrounding “Inang Bayan” as the dominant figure.

Created by award-winning sculptor Ed Castrillo, it was installed in 1993 and had cost P100 million. It has since served as among the main venues for the government’s commemorative activities.

It was completed in 2010 with additional two stations, Balintawak and Roosevelt, both in Quezon City. The LRT-MRT common station has yet to be constructed.

Its full operation began in 2000 with a 17-km track comprising of 13 stations starting from North Avenue in Quezon City to Taft Avenue in Pasay. The rail project has a fleet of 73 Czech-made modern and air-conditioned rail cars, of which up to 60, in three-car trains, operate daily.

It is a residential development project expected to consist of 20 residential towers on a 5.7-hectare property at the Araneta Center in Quezon City.

Opened in 2004, the flagship mall of Araneta Center has five levels and directly linked to Araneta Coliseum and LRT-2. It has a total floor area of 100,000 square meters.
“Lakbay para sa Kapayapaan sa Edsa”

The street mural project was launched in 2013, adorning the walls of Camp Aguinaldo, the general headquarters of the Armed Forces of the Philippines, in Quezon City.

It spans about 3.8 km, of which 1.7 km stretches along Boni Serrano Avenue; 1.3 km along Edsa; and 1 km along White Plains—making it the world’s largest peace mural. 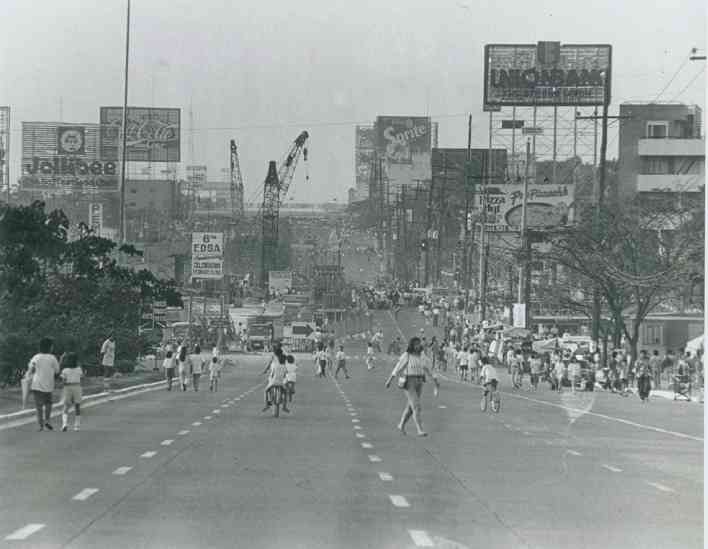 More known as Ortigas Flyover, it was completed in 2004 to decongest traffic volume on Edsa. It has two flyovers: a three-level, four-lane flyover along C-5 and two-lane left-turn flyover.

It is the country’s first mixed-use facility that combined a mall, hotels, offices and condominium residences within one development.

On its site is the Robinsons Galleria Ortigas, the flagship mall of Robinsons Land Corp. established in 1990. The five-level shopping mall houses over 500 highly recognized local and international shops, dining outlets and service centers.

Other establishments in the complex are the two high-rise office towers, Galleria Corporate Center and the Robinsons-Equitable Tower, deluxe hotels Holiday Inn Galleria Manila and Crowne Galleria Manila, and the Galleria Regency. 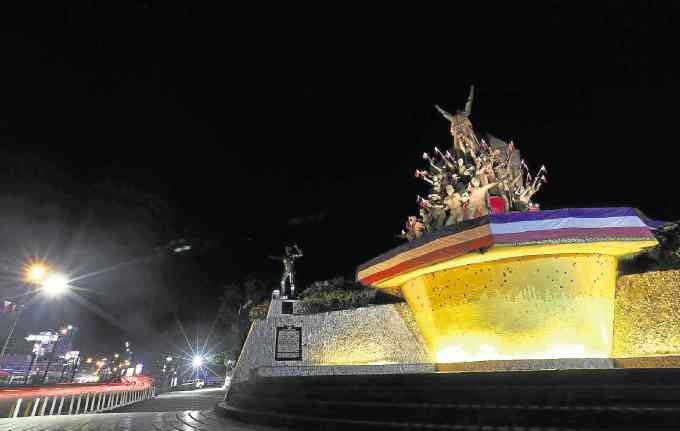 Considered one of the country’s biggest malls, the SM Megamall is among the pioneer shopping malls established by Henry Sy Sr. in 1991 when he started the malling phenomenon in the ’90s.

From its initial total floor area of 311,898 sqm, SM Megamall has undergone several renovations since then to reach its current floor area of 474,225 sqm when the Mega Fashion Hall—which houses some flagship international retail brands—was unveiled in 2014.

To celebrate its 25th year, the construction of a 50-story, “curvy S-shape” office tower has begun last year and is expected to open in 2019.

Opened in August 1992 at Ortigas Center in Mandaluyong, it is the first of the five Shangri-La hotels and resorts in the country. It has a total of 632 rooms which consist of 607 guestrooms and 25 suites.

It also has four international restaurants, two lounges, cafe and bakeshop, two ballrooms and 19 meeting rooms, among other amenities and features.

Situated at the corner of Metro Manila’s busiest avenues, it is directly linked to the MRT Shaw Station and hosts a busy transit terminal, drawing a huge cross-section of daily commuters and shoppers.

A three-tower project, it is strategically located at Madison Street corner Edsa in Mandaluyong and conveniently linked to MRT Boni Station. It boasts of five-star amenities, its own mall and is deemed perfect for people on the go. 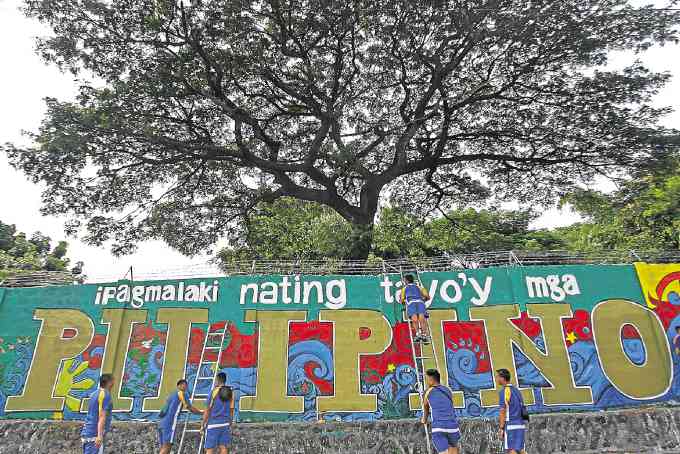 Miltary personnel from the Philippine Air Force work on the peace mural along the walls of Camp Aguinaldo. 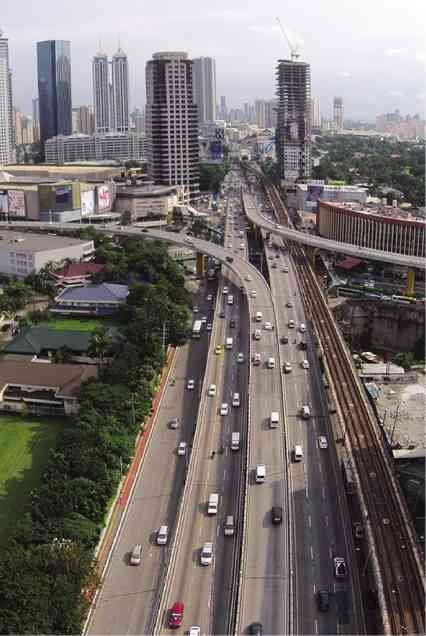