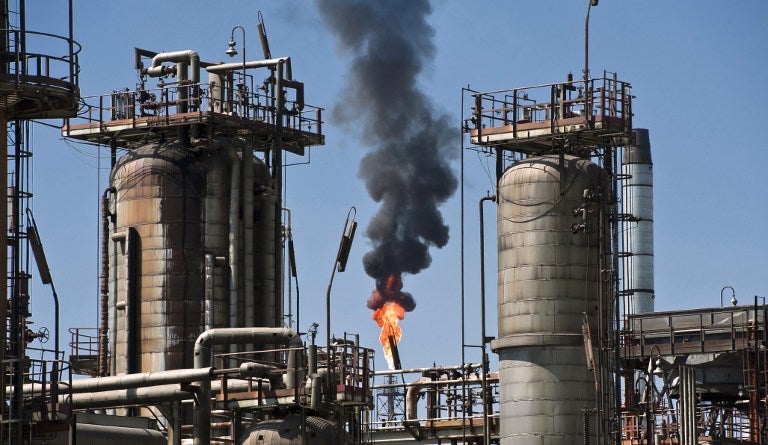 NEW YORK, United States—World oil prices jumped Monday after non-OPEC producers struck a deal to cut output, while US and European stocks were subdued before a key Fed meeting this week.

Indices in London, Frankfurt and Paris pulled back after soaring last week when the European Central Bank decided to extend its massive quantitative easing  stimulus to December 2017.

The US was mixed with the Dow advancing to record close for the sixth straight session, but the S&P 500 and Nasdaq retreating on weakness in technology equities.

Oil prices surged by more that $2 a barrel for much of the day after 11 non-OPEC countries agreed to huge cuts in crude production, while OPEC kingpin Saudi Arabia also signalled a bigger reduction in output than previously agreed.

The deal, called historic by some observers, boosted shares of ExxonMobil, Total and Royal Dutch Shell by one percent or more.

Looking ahead, there seems little room for doubt that the US Federal Reserve will raise the benchmark interest rate in the coming week for only the second time in a decade.

Many market watchers expect the US central bank to follow this week’s hike with more increases in 2017, although political uncertainty could extend the timetable.

The US will also see a host of economic data releases this week, including the November report on retail sales.

Twenty-First Century Fox shed 6.2 percent after Moody’s warned that the media company was under review for a potential downgrade due to higher to finance a potential purchase of the stake in Sky it does not already own. Fox said it reached an agreement in principle with Sky, but that there were no guarantees a deal would be struck.

In Italy, shares of Monte dei Paschi di Siena (BMPS) bank jumped 3.7 percent on reports that Italian authorities could bail out the bank if it fails to find private financing.